Harassment and abuse from players is clearly a problem. The question is, what to do about it? 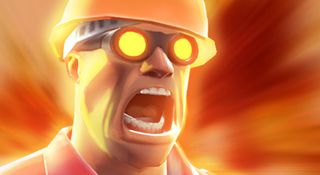 GDC’s annual State of the Game Industry survey (opens in new tab) has found that 91% of developers believe player harassment of game developers is a problem for the industry. Unsurprisingly, women are more likely to experience abuse from players than men, as are members of the LGBTQ+ community.

“For years, developers have spoken at the Game Developers Conference about the cost of not responding to toxic behavior from select players, including harassment and threats,” GDC said. “This year, we asked developers how much of an issue it has become—and what could be done about it.”

42% of respondents to the survey, which encompassed more than 2,300 game developers, said they felt “player toxicity and harassment directed at developers/studios” is a very serious issue. 36% called it a serious issue, while 13% reported it as a minor issue. Only 4% said it wasn’t an issue, while 5% were unsure.

While the feeling that harassment and abuse is nearly universal, only 40% of respondents said they’d either experienced it firsthand or witnessed the abuse of a colleague. That’s presumably a result of game industry demographics: Men, of course, make up the majority of the survey respondents—70%, compared to 23% women and 5% non-binary—while 20% of respondents identified as members of the LGBTQ+ community.

But men, according to the survey, were less likely to either experience or witness harassment from players than women or non-binary people, and members of the LGBTQ+ community were more likely to experience it than others.

Abusive behavior from players is clearly recognized as a problem. What’s less clear is how to address it: The survey included a number of statements from developers on how they believe game companies can effectively address harassment from the community, and the answers run the gamut from asking people to be nice to accepting abuse as part of the job.

“I think setting boundaries clearly and publicly, as well as calling on the community itself to help, can be effective,” one said. “Large companies seem to fear that their toxic players are their fanbase without appreciating that they are impacting much larger numbers of their actual fanbase.”

“Game studios need to have easily accessible hotlines and other internal resources for employees facing player community harassment, and employee training for both personal strategies for dealing with online hate and training for using said internal support resources,” another respondent replied. “I can’t believe nobody is doing this yet.”

One respondent advised simply throwing in the towel: “Accept it, let it go, move on. The loud minority is part of human nature.”

More usefully, a respondent who claimed to research player harassment recommended a multi-pronged approach of community engagement, firm boundaries, and—very importantly—acknowledging that abuse from players is a real problem.

“Approaches could involve: adequate responses, including punishment like game suspensions and bans where possible; prosocial community management; adequate training for community managers; stronger ethical knowledge within studios and clear boundaries; tackling a fear of angering players and associated revenue loss; studio solidarity; adequate support for anyone affected; and more. It begins with the industry understanding this is serious and it is not just coming from ‘passionate players.’ It’s abuse.”

The full 2023 State of the Game Industry survey is available for free at gdconf.com (opens in new tab).