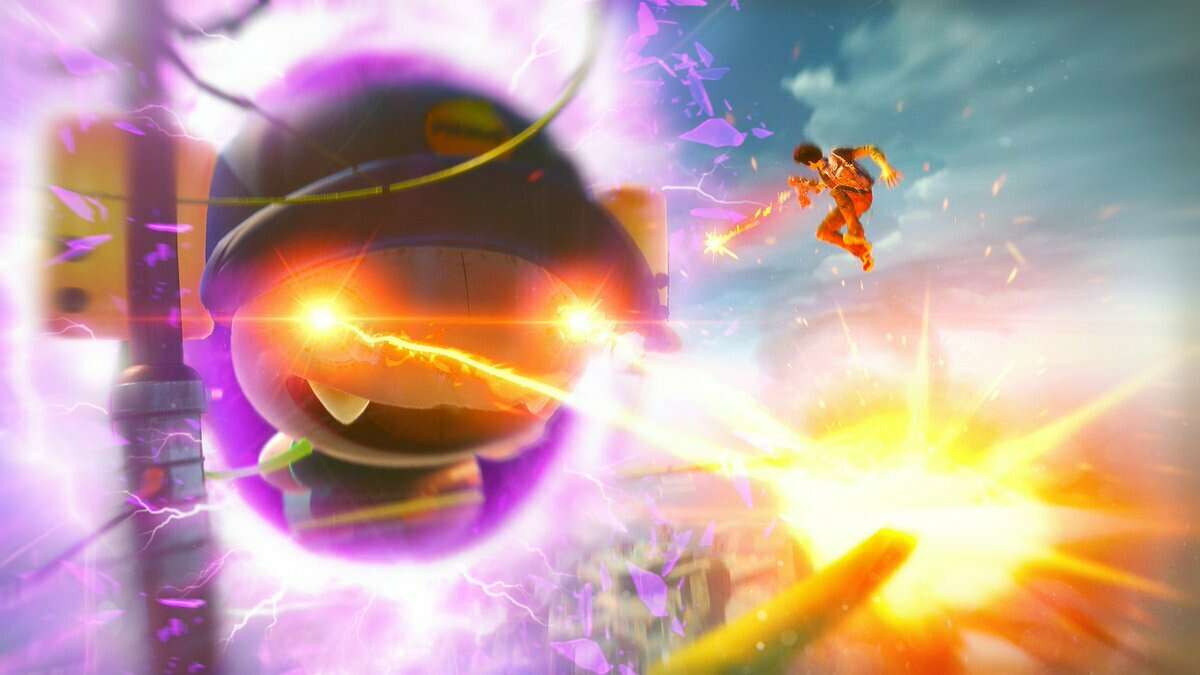 Home Game News Ahead Of Ratchet And Clank Launch, Insomniac Appears To Be Teasing Something About Sunset Overdrive
Game News

Ahead Of Ratchet And Clank Launch, Insomniac Appears To Be Teasing Something About Sunset Overdrive

Ratchet and Clank: Rift Apart launches later this week, yet developer Insomniac is referencing one of its old games strangely frequently. Over the past week, the studio has called out Sunset Overdrive in its promotional materials for Ratchet and Clank at least three times, seemingly indicating that it’s teasing… something.

Today, the Insomniac Twitter account–which has been entirely dedicated to the Rift Apart launch–posted an image depicting the inflatable Sunset Overdrive mascot Fizzie bursting through a dimensional rift. The photo also shows a Sunset Overdrive character wielding one of the game’s cartoonish weapons. This tweet was posted nearly simultaneously with a post from the Fizzie Twitter account, which had previously been dormant for over two years.

The first reference to Sunset Overdrive, though, was snuck into a trailer that Insomniac and Sony put out last Friday. The video features a TV on an entertainment center that’s decorated with all manner of Ratchet and Clank merchandise, but a Fizzie toy is also visible on the top shelf behind a Ratchet figurine.

Insomniac has been similarly referencing other Sony first-party games through its Twitter account, like the Sly Cooper series. The strangest aspect of Insomniac’s teases, though, is that Sunset Overdrive remains an Xbox One and PC exclusive to this day, even though Insomniac is now owned by Sony. Released in 2014, Sunset Overdrive is a terrific open-world action game with an over-the-top aesthetic. It seems unlikely that Sony would promote references to an Xbox exclusive just for fun, so we have to guess that something’s up. What that could be, though, will likely have to wait for Ratchet and Clank: Rift Apart’s launch on PS5 on June 11.

Alfred Hitchcock’s Vertigo Will Become A Video Game, Sort Of