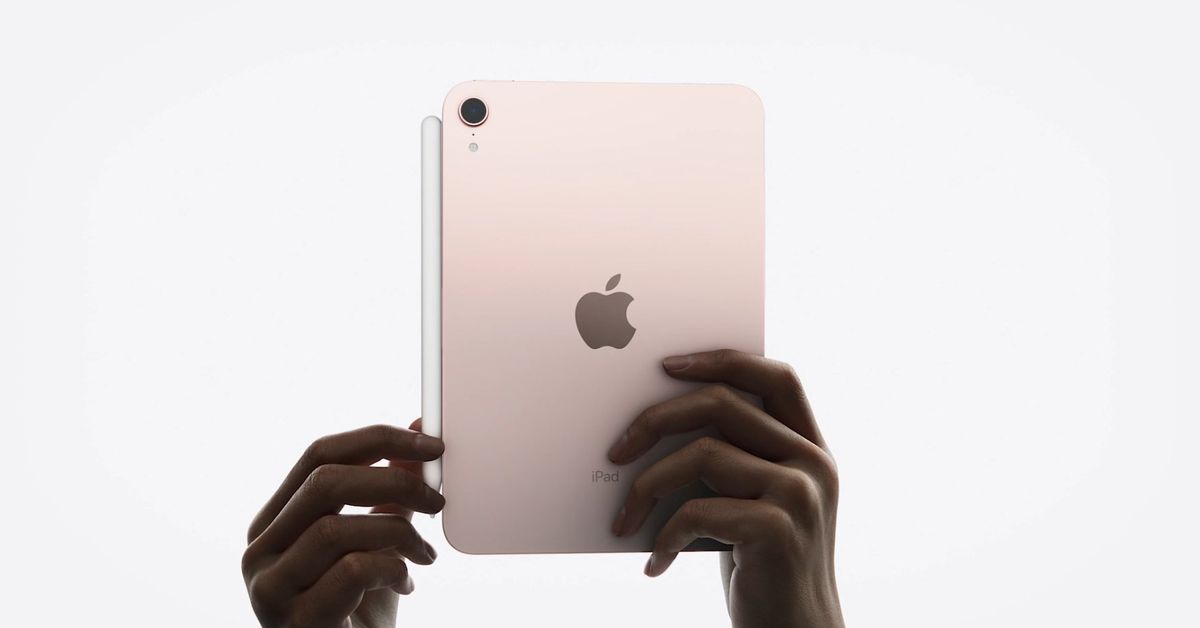 
Apple has announced its all-new iPad Mini. It features a new enclosure with narrower bezels and rounded corners.

The iPad Mini is currently Apple’s smallest tablet, even with the bump in size. Apple was rumored to have been considering a Mini LED display on the new iPad, similar to that of its largest iPad Pro. Those appear to have missed the mark; the new Mini sports a regular Liquid Retina display.

The iPad Mini’s design has remained largely consistent since its 2012 debut. The new model is something of a shake-up to the traditional build, featuring slimmer bezels than the iPad Mini 5 and new color options. The new tablet also features a USB-C port and upgraded cameras on the front and back, including a new 12MP ultrawide camera on the front, which will enable the tablet to support Apple’s Center Stage feature. It also supports 5G, with download speeds up to 3.5 gigabits per second, as well as the second-generation Apple Pencil, which attaches magnetically to the side of the chassis.

Developing… we’re adding more to this post, but you can follow along with our iPhone 13 and Apple Watch event live blog to get the news even faster.