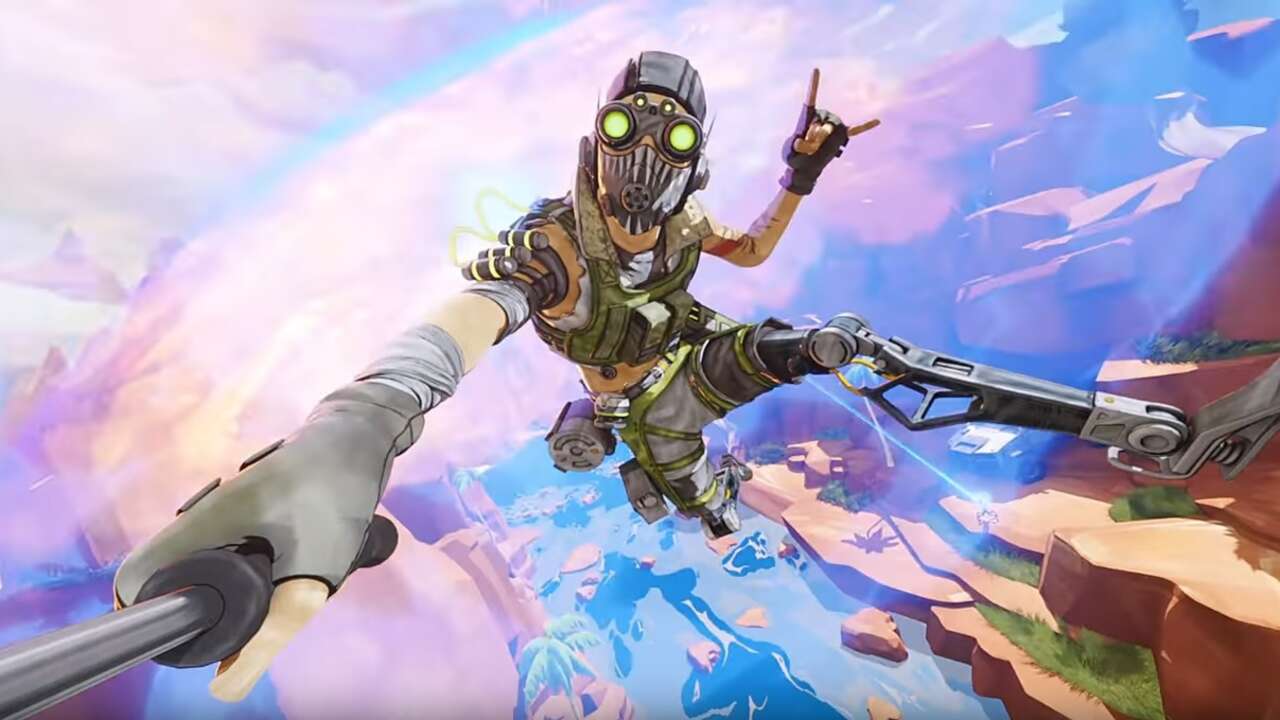 The Art of Apex Legends is out today and features concept art and developer commentary for the characters, maps, and weapons found in Apex Legends leading up to Season 7: Ascension. Of particular note is the commentary surrounding the creative process for Apex Legends’ first 15 characters, including the interesting fact that Octane started out as a much more monstrous looking legend.

They sure do. The accompanying sketches from Octane’s earlier designs show the speedy daredevil with disfigured limbs of goblin-like proportions (his arms are almost as long as his legs and his fingers appear claw-like), while tubes of glowing liquid criss-cross his body like a demonic spider’s web. It also appears that his mask completely covers his face or is part of a helmet, giving Octane’s head an exoskeleton-like appearance with fangs and jaws. Based on those early designs, it appears that the original Octane mutates due to his drug addiction, slowly becoming more arachnid over time. Are freaky.

The book also shows how these creepy arachnid designs slowly change over time to what Octane looks like now, while Respawn changed the character to get addicted to sports and find his next adrenaline rush as opposed to alien spider drugs.

Octane’s origin is also notable for being able to account for the Apex Legends Octane Edition, which includes an exclusive Legendary skin for Octane in addition to a Charge Rifle skin and weapon charm. Everything in the Octane Edition is spider themed – a detail I’ve always found odd to this day. Those with arachnophobia may appreciate that the legendary Arachnoid Rush Octane skin in the Octane Edition isn’t nearly as disturbing to look at as Octane’s original designs.

The Art of Apex Legends also includes a few other interesting tidbits about the other legends. I won’t list them all – I have to save a few surprises for those who pick up the book – but one more of these stories is too good not to share. It’s about Pathfinder.

Pathfinder, it turns out, used to be a very different character. Instead of the happy robot that he is, The Art of Apex Legends reveals: “Pathfinder’s design used to be a sad, angry and snoring robot that hated humans. Many of his early sketches were red-eyed killing machines. There was even a mechanical Rambo version. In the end we made him a happy robot to distinguish to make him of Revenant.”

I like this because it reveals two things. First, the Apex Legends Pathfinder Edition includes the legendary Full Metal Robot Pathfinder skin, which transforms the forward scout into Rambo – another instance of Respawn using a special Apex Legends edition to release a skin based on of an early concept for a character. And second, that Revenant and Pathfinder were designed around the same time, which further highlights how Respawn designs these characters well before their release, as Revenant didn’t launch until a year after Apex Legends launched.

All I know, I eagerly hope Respawn announces it The Art of Apex Legends Vol 2 because I want to know more about the design background stories of the legends that have appeared since the end of Year 2. There must be stories for Fuse, Valkyrie, Seer and Ash.