Wholesome Direct Will Return In 2021 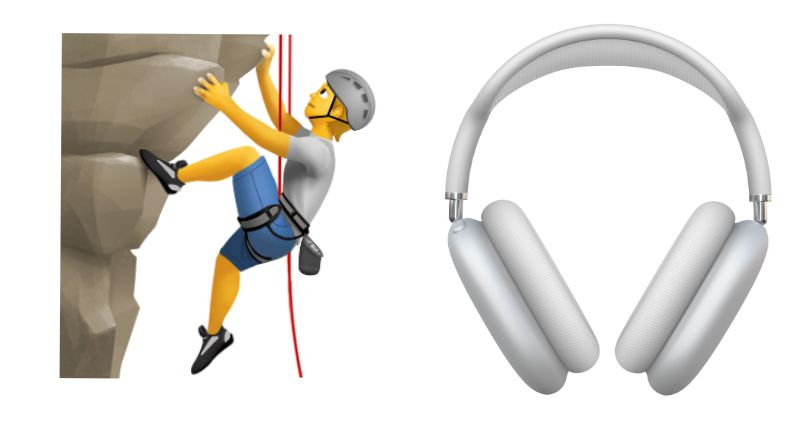 Apple’s adjusting emoji in iOS 14.5 to promote helmet use and sell headphones


As part of iOS 14.5, Apple is updating its emoji with new variations from the Unicode Consortium’s 13.1 release, including new skin tone options for popular emoji, several new smiley faces and hearts, and some deliberate Apple redesigns.

The changes to skin tone and gender presentation are probably the most important to note. Popular emoji like “Couples Kissing” and “Couples with Heart” now have many more skin tone variations for all options.

In addition to more skin tones, the bearded emoji has also been adjusted to allow for not just the neutral “Person:Beard” but also “Man:Beard” and “Woman:Beard.”

On the more unusual side of things, Apple’s update also includes several variations on smiley faces like “Exhaling Face,” “Face with Spiral Eyes,” and the elusive “Face in Clouds.” Hearts, another emoji go-to category, also has two new members joining its ranks, “Heart on Fire” and “Mending Heart.”

Finally, Apple is also making tweaks to some existing emoji: the rock-climbing emoji will now feature a helmet, the syringe emoji is now a more generic one rather than one filled with blood, and the headphones look like the AirPods Max.

The syringe change could be a legitimately helpful one for anyone writing about COVID-19. Not only is the new syringe way less intimidating when emptied of blood, but it’s also more applicable to vaccinations, which will hopefully become a lot more common soon. The headphone change, on the other hand, is just Apple branding, the same way that the preexisting mobile phone emoji was designed to look like an iPhone.

Apple says all of these emoji are available in the new release of the iOS 14.5 beta, which also comes with a nice little change to the Apple Music app. According to users on Reddit running the beta, you can now add and remove music from your queue with the same kind of swiping gesture used in Apple’s Mail app to archive, delete, or flag emails.

The full release of iOS 14.5 is also said to include several other helpful additions like support for the new Xbox and PlayStation controllers, the ability to set Siri’s default music streaming service to Spotify, and the ability to unlock your phone with your Apple Watch.