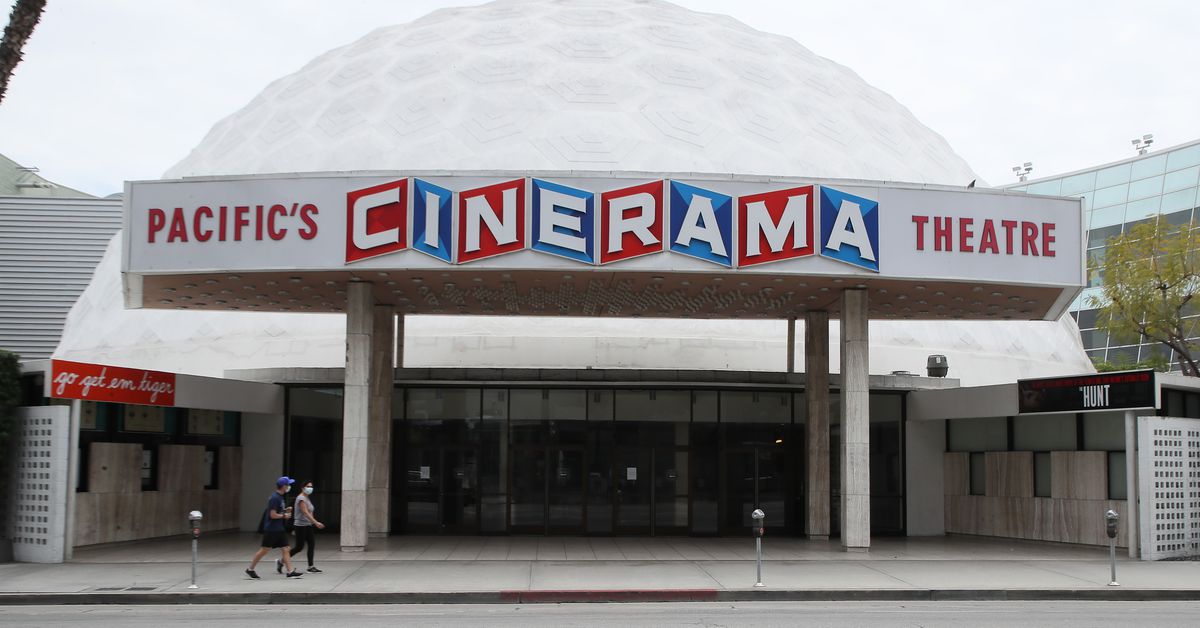 
The owner of famous movie theater chains Arclight Cinemas and Pacific Theaters has revealed that the theaters will never reopen from their COVID shutdowns, according to Variety. Decurian, the company that operates both chains, gave a dire statement to Deadline: it includes phrases like “exhausted all potential options” and “does not have a viable way forward.”

I don’t live in California, and I’ve never seen a movie at either an Arclight or Pacific, but their shuttering hurts me deeply: I’ve always hoped to see a movie at an Arclight and experience Pacific’s Cinerama Dome, and it seems like I may never have the opportunity. (Those aren’t my only movie dreams in distress: the dinner and a show chain I’ve hoped to visit, Alamo Drafthouse, has recently filed for bankruptcy.)

I’m aware that most people probably don’t dream of traveling to other states just to see a movie, but these chains have long been considered the gold-standard in the online filmmaking community. I’ve long heard about Arclight Cinemas’ top-tier picture and sound, and many of them were located in the heart of Hollywood. Tinseltown is feeling the loss too, with many actors and filmmakers tweeting in despair (or in the hopes that someone else will buy the theaters and restore them to operation).

There’s also the matter of the Cinerama Dome. The famous Hollywood theater is named after a famous 70mm film format (one of the many that came about as theaters tried to lure in viewers with ever-increasing spectacle). As any film nerd will tell you, 70mm is pretty much the ultimate in movie-exhibition, whether you’re watching 2001: A Space Odyssey, The Hateful Eight, or It’s A Mad, Mad, Mad, Mad World.

The latter is a movie my dad introduced me to, and I would’ve loved to see it in its original format — getting my eyes on original film prints has kind of been an obsession ever since I got to watch Disney’s The Aristocats back in college, but now the list of US theaters that can even play Cinerama movies is vanishingly small.

What will happen to these theaters remains unknown. The buildings won’t instantly crumble just because the company that owns them is shutting down, but without someone to take care of them they may not last. This would be an additional tragedy in the case of the Cinerama Dome — Silicon Valley got rid of the rest of its dome-shaped theaters, and partly justified it with the fact that Cinerama would still be around to keep the tradition alive. While the Cinerama Dome and Silicon Valley’s Century 21 dome are both historical landmarks, that doesn’t always mean preserving its purpose: last we checked, the Silicon Valley dome was slated to become an “innovation hub” inside a new tech office campus.

Speaking of tragedies, it’s worth keeping things in perspective: while I may not get to experience these theaters, there are many Pacific and Arclight employees who have just lost their jobs, according to Deadline. If I had one wish (that was, hypothetically, strictly limited to this specific situation), it’d be that those people could find good jobs at the other theater chains that are opening back up. But if I had two, I’d love to make sure that these theaters somehow survive, so I could someday visit them.

Samsung’s follow up to the Z Fold 2 could be smaller, but maybe not in the dimension you want