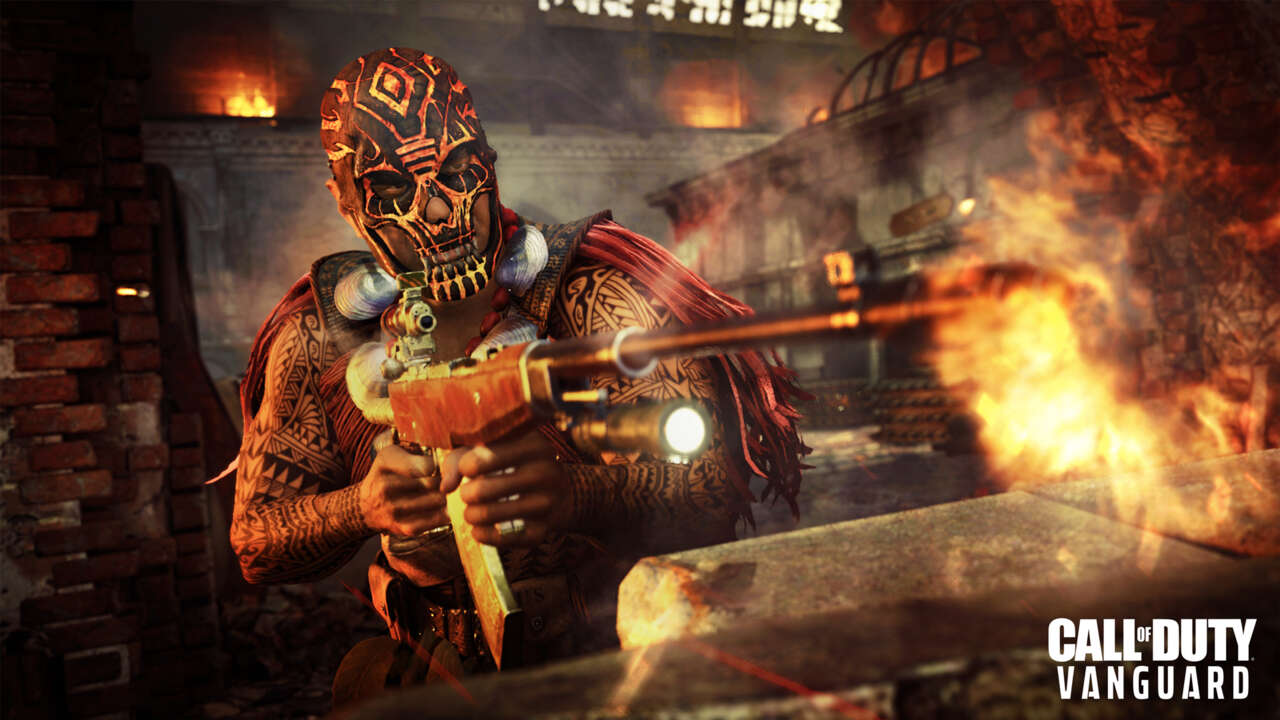 No official date has been confirmed for Call of Duty’s Season 1 Reloaded update for Vanguard and Warzone, but we’ve officially reached the middle of the season. Call of Duty’s mid-term updates generally bring more content and weapon tuning for multiplayer, Zombies, and Warzone, but Activision has revealed few details. Here’s what we know so far about the big update.

Call of Duty’s Season 1 update went live for Vanguard and Warzone on December 8, and now there are less than 28 days left in the battle pass, so we’re officially halfway through the season. Updates are always subject to change, but this means a roadmap and details should be out soon. And if this midseason update follows earlier update times, Season 1 Reloaded could arrive around 9pm PT on January 11 and 12pm ET on January 12.

It’s uncertain what content players can expect for Vanguard’s multiplayer without an updated roadmap, but Sledgehammer Games has provided a minor update regarding some of the planned changes to the mode. The list includes a Mortar Barrage killstreak modification, changes to Panzerfaust weapon challenges, perk adjustments, and a weapon tuning pass. There was no mention of these updates coming specifically with the Season 1 Reloaded update, so we may see these changes sooner than the major mid-season update.

Additionally, the Welgun submachine gun was announced as the Season 1 roadmap comes out later in the season, so that new weapon will likely be part of the Season 1 Reloaded update for Vanguard and Warzone. Like previous mid-season weapons, the Welgun will be available through a free unlock challenge or with the purchase of a store bundle.

The Zombies mode has had little substance since Vanguard’s launch, but the Season 1 roadmap includes a number of updates coming to Der Anfang for the later part of the season. This includes the new Tome of Rituals feature that will allow players to get more power from their Artifacts, Von List’s Office will be a new area to explore on the map, and killstreak support will be added.

Players are still waiting for the pause feature to be implemented in Zombies, and this addition was said to be coming later in the season. Hopefully at the beginning of Season 1 Reloaded everyone can take a break for snacks or a bathroom break.

We don’t have any real details on what’s coming to Warzone for the mid-season update, but hopefully there will be new events and game modes to keep the new Caldera map fresh. The Battle Royale also suffers from a slew of bugs and performance issues, so a major quality of life update for Caldera would also be welcome.

Activision should release a roadmap and full details soon. We will keep this page updated as more information about Season 1 Reloaded emerges.

Activision Sues Yet Another Call Of Duty Warzone Cheat Distributor