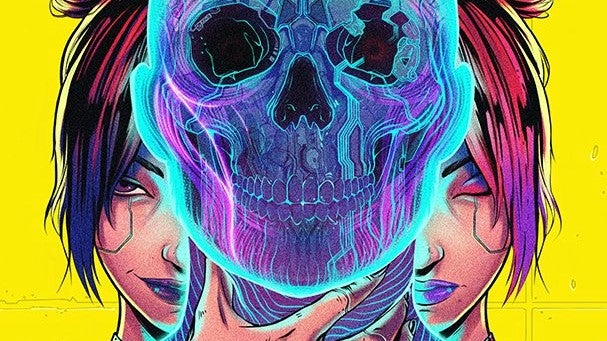 A novel based on CD Projekt Red’s world of Cyberpunk 2077 will be released next year.

The official Cyberpunk Twitter account announced (below) that the novel, titled Cyberpunk 2077: No Coincidence, will be released in August 2023. It’s being written by Polish science fiction author Rafał Kosik and will tell the story of a group of strangers who discover the dangers of Night City.

Not much else was said about the novel, but CD Projekt Red did confirm that a Polish version would also be released. The book’s front cover was also revealed, appearing to show two versions of the same character holding the throat of a cyborg-looking person.

Written by Rafał Kosik, “No Coincidence” tells a story about a group of strangers as they discover the dangers of Night City.

Cyberpunk 2077 has had a resurgence recently following its fairly disastrous launch, and CD Projekt Red is now doubling down on its reach both within and outside of games.

The developer is currently working on the game’s major expansion, Phantom Liberty, which will be released in 2023 and continue the story of V and Johnny Silverhand as they swear allegiance to the New United States of America. It also recently announced Cyberpunk 2077’s sequel, codenamed Orion, which it will develop at its new studio, CD Projekt Red North America, with a team of hundreds of developers.

Cyberpunk has also seen success with the recent Edgerunners anime series that premiered on Netflix in September 2022.

Its reception perhaps bodes well for further adaptations, as in our 9/10 review, IGN said: “Cyberpunk: Edgerunners delivers a satisfying return to Night City that does a better job exploring why Mike Pondsmith’s famous location became so iconic in the first place.”