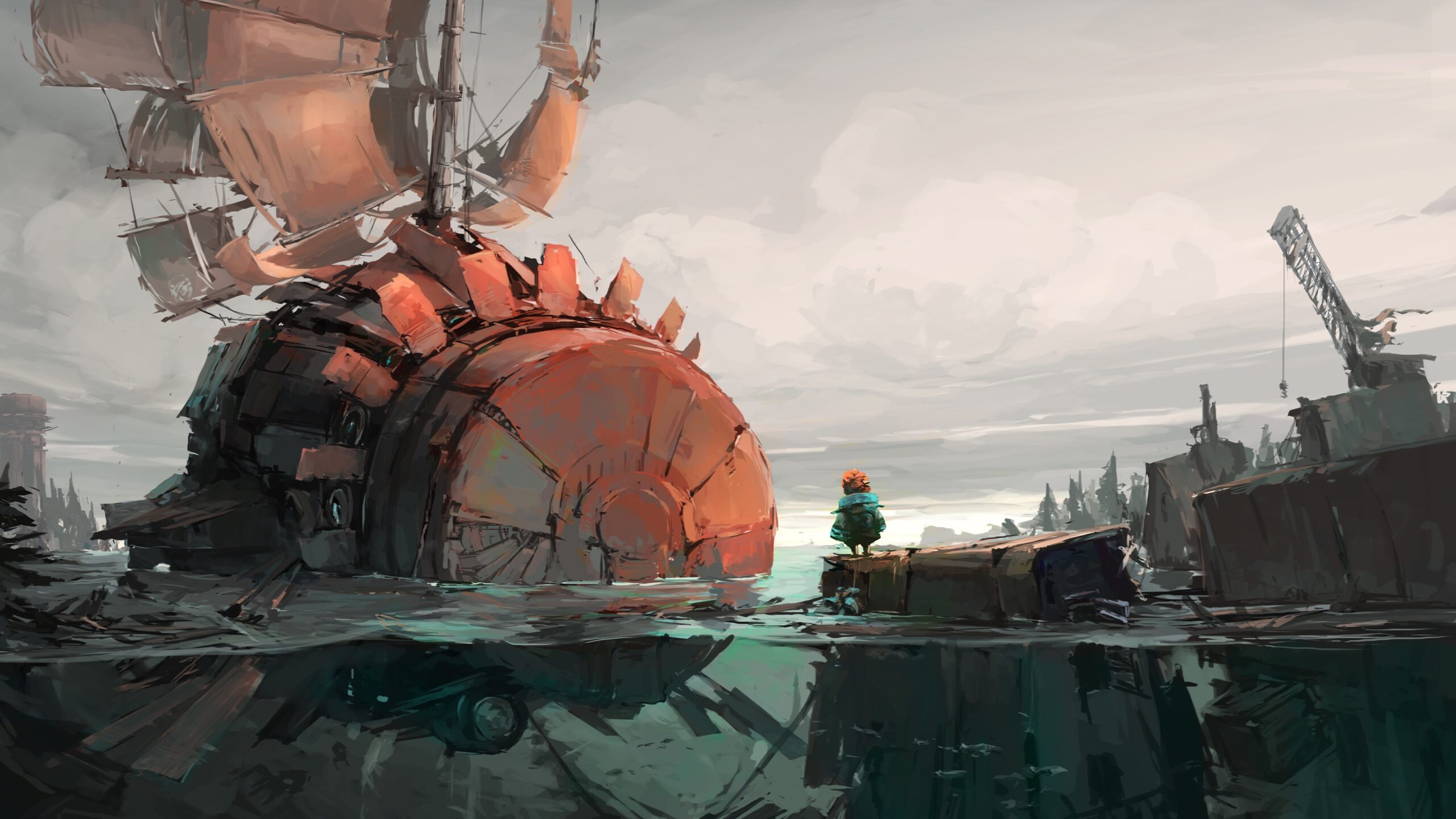 
Following the release of our first game, FAR: Lone Sails, we received a lot of feedback from fans who explained how the game’s meditative, reflective nature resonates with them. For FAR: Changing Tides, we wanted to make sure we got the same familiar, meditative environment while offering players a fresh, thought-provoking experience. We’ve increased the layout in Lone Sales, but instead of sunburned, dusty fields, players will have to deal with stormy waters and sunken cities. We hope that this new environment, combined with new puzzles and ship mechanics, will bring an exciting experience for fans and new players in the series.

Unlike FAR: Lone Sails, the story of FAR: Changing Tides is not told but must be explored instead. Players will discover sunken objects, pictures and buildings – flood victims – all traces of the past, all telling a story. This is a very different kind of environmental storytelling game design, but we think it helps to establish a close relationship between the world and the players, as they choose how much story to find and Get involved with it. With Lone Sales, we found ourselves explaining and constructing story elements throughout development, which became increasingly difficult. For Changing Tides, we wrote most of the story and the construction of the world during pre-production, which gave us a better direction and gave us the opportunity to plan and design the environment together with the story.

One of the key differences in FAR: tidal modification is the vertical position added by the floodplain landscape and how it enhances the overall level of search for players. The earth is covered with water and so it makes sense that there is a whole other world to pass under. This new scenario requires a change in one of the game mechanics – the car. The car is one of the most important elements in the FAR game, we almost think of it as another main character! In Lone Sales, although the car had a cell, it was completely ground-based, suitable for dusty, deserted plains. FAR: In Changing Tides, the player’s journey is almost entirely on the water, both above and below the waves, and we wanted to build a vehicle that could stay with them for all of them. Sailboats and oars are great for navigating the world above the surface, and they can be pushed back and the engine can be used to search under the waves. As the player progresses through the game, he will see a relationship develop between the main character, the toe and the ship. The relationship is of a symbolic nature, the plane will not move without the foot to control the legs or feet, and the foot cannot remove some obstacles without the plane.

We hope everyone is as excited about this next episode of the FAR series as we are, and we look forward to hearing from you all when the game launches on PS4 and PS5 on March 1!

Done your Wordle for the day? Try out these spoofs instead