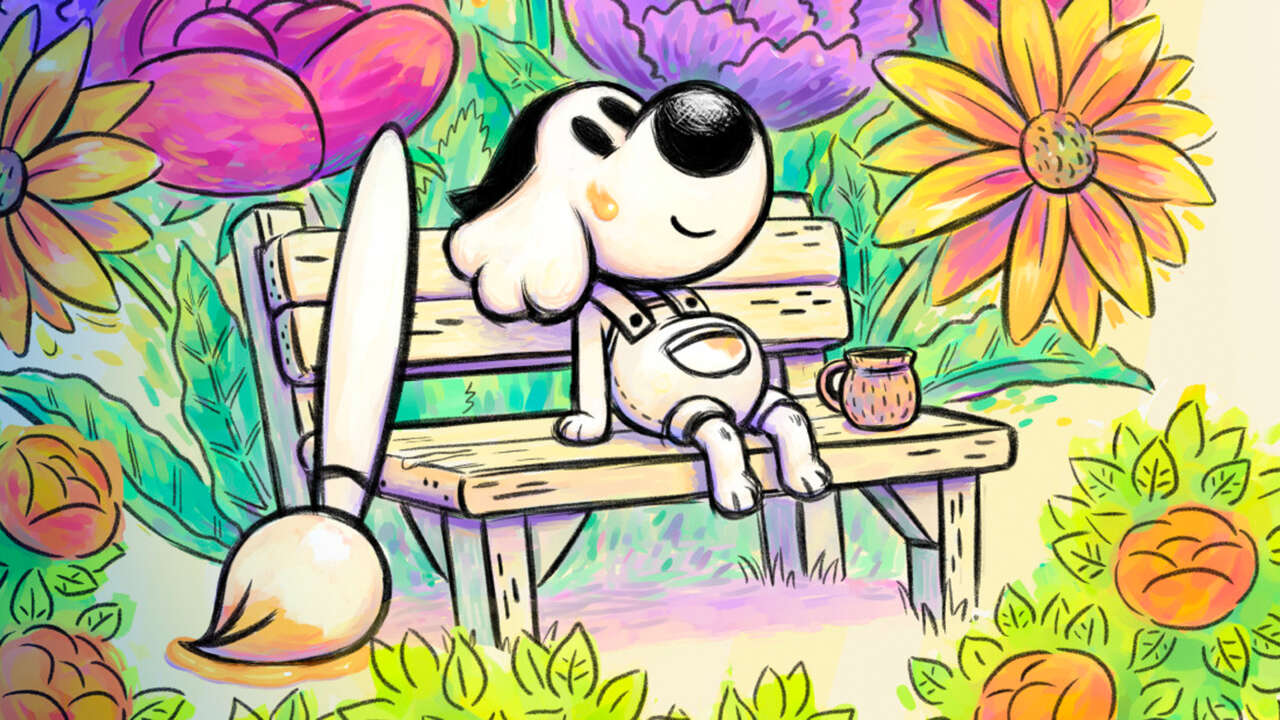 There’s a moment late into Chicory where the hero of its tale questions their role in its story. Was it pure chance that they inherited a powerful paintbrush capable of restoring color to a monochromatic world, or did they deserve the responsibility and legacy associated with it? It’s not a surprise that this question comes up at all, but rather when it does. Near its climax, Chicory’s hero isn’t satisfied that all of their actions up to that point have assuaged their underlying insecurity. It’s this moment, along with numerous others surrounding it, that makes Chicory: A Colorful Tale an exceptional story to watch unfold. And it’s a tale made all the more compelling by captivating puzzles and a distinct visual style.

The world of Picnic is one that has become accustomed to expecting a lot from a singular Wielder. These skilled artists are chosen from many to maintain the color in the world using a magical brush, letting their own unique styles literally define the look of a society. It’s a tradition that has continued for generations, but one that ends abruptly when the latest Wielder, Chicory, tosses aside the tool after a cataclysmic event strips the entire land and its inhabitants of their color. My hero, who I unwittingly named Pizza (every other character is fittingly named after food, too), jumps at the chance to take over the mantle and accept the responsibility because of a sheer admiration for those that came before, but soon begins understanding the burden that accompanies the title of Wielder.

With the magical paintbrush in hand, A Colorful Tale invites you to get creative with its world. It’s essentially one big coloring book, letting you decorate it according to how you imagine it might have looked under Chicory’s reign. It’s a literal mechanic built around the Wielder’s duty to the land of Picnic, while also letting you better understand how each Wielder before you might have struggled with the requests of its citizens. Characters will frequently ask you to return their household or favorite coffee shop to its original state, sometimes not coming away satisfied with the results. Other times they’ll drown you in praise for creating the simplest possible logo for a t-shirt, or for a slap-dash recreation of a much better-looking piece of classic art. Both instances instill a sense of imposter syndrome–either you’re not good enough to be the Wielder, or the citizens of Picnic are simply settling because they have no other alternative.