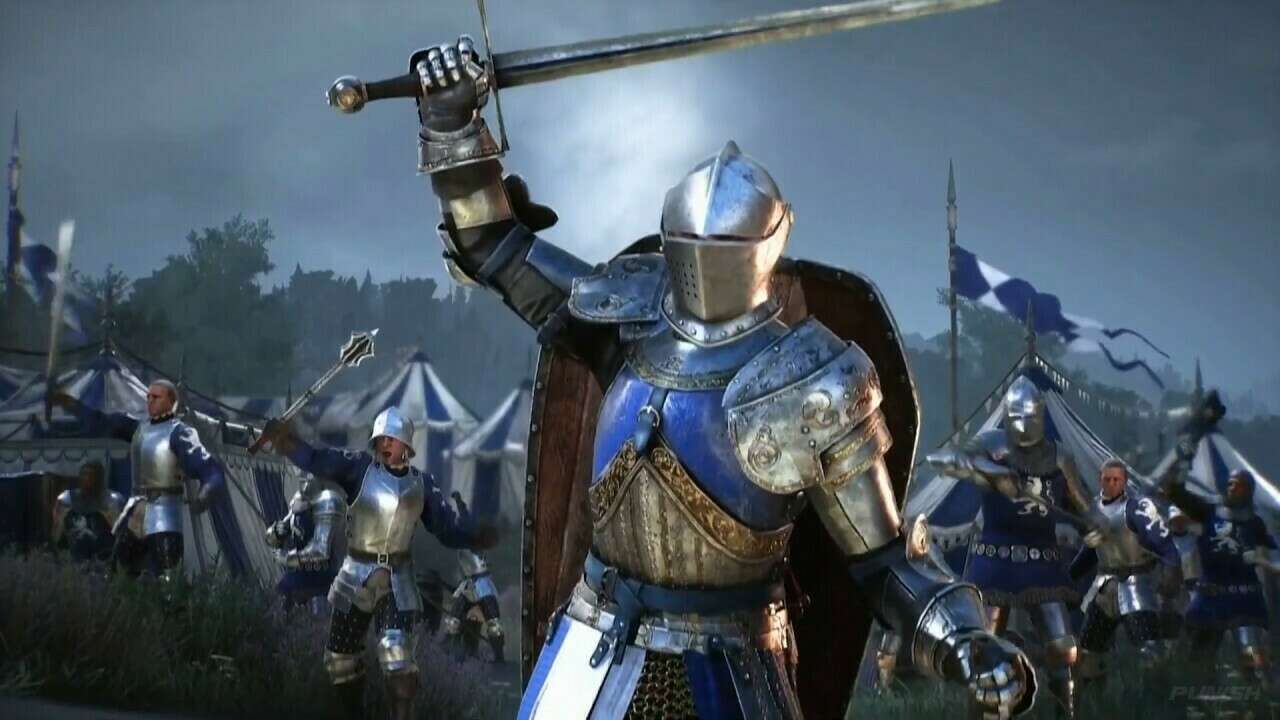 Chivalry 2 is officially coming out on June 8, and the game’s launch trailer focuses on the mayhem and violence that the medieval multiplayer battler brings to the table. It features characters getting their limbs hacked off, explosive catapults, and even a good old-fashioned Sparta kick for good measure.

As mentioned in the game’s preview material, Chivalry 2 will feature 64 players on the battlefield at once, which can make for a chaotic but fun experience. The game has gone through a number of preview phases and open betas in the past few months, but June 8 is the official launch of the game. It will release for PS4, Xbox One, Xbox Series X|S, and PC, where it’s only available through the Epic Games Store.

The game also features the usual over-the-top battle screams and rousing speeches you would expect from this sort of milieu. “This is a day that your grandchildren will ask you about!” one warrior shouts as you sprint your way towards the line of archers.

Compared to similar games like Mordhau, Chivalry 2 features enhanced graphics, a large number of players per game, and cross-play. The combat system was completely redesigned from the ground up compared to the first game in the series to focus more on weighty attacks. It also targets 60fps on next-gen consoles.