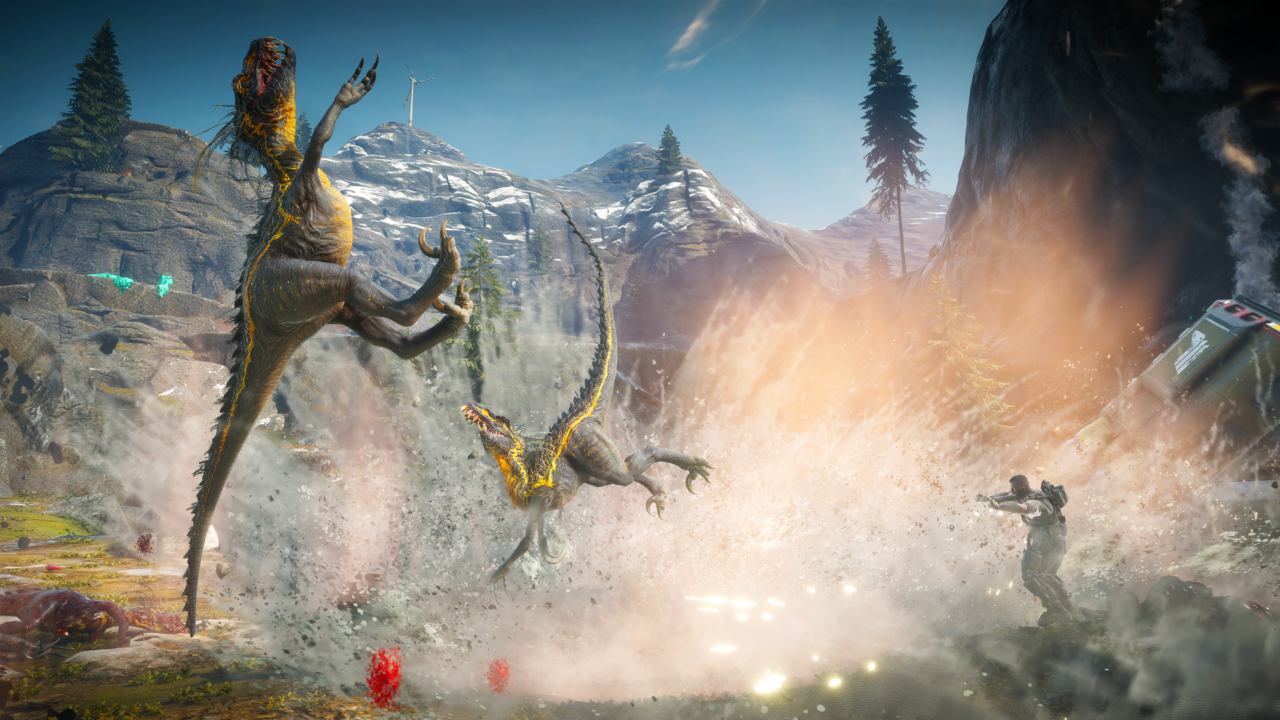 Second Extinction has a similar setup to Warhammer: Vermintide 2. Players, in a team of up to three, battle enemy hordes using characters with distinct abilities and weapons. But instead of Bile Trolls and Rat Ogres, Second Extinction pits players face-to-face against various forms of dinosaurs, from raptors to T-Rexes.

But how exactly do you kill a dinosaur that’s been mutated by a planet’s environment? With superhuman powers like electricity and heavy machinery such as Gatling guns. Each of the five heroes, including a new one added to coincide with Second Extinction’s Xbox launch, fits a specific role (like assault and ranger) and work together to ward off the dino invasion. Check out the launch trailer below.

Systemic Reaction also dropped a slew of screenshots (below), alongside a roadmap for Second Extinction that extends into November 2021. The team has various updates planned for the game, including button remapping capabilities (coming in July), crossplay for Xbox (landing in September), and more weapons.

First released in 2020 on Steam Early Access, Second Extinction has had regular updates and content drops in its first year, and the move to more platforms sees the game making its next big steps forward. Now, players on Xbox platforms will be able to jump into the dino co-op game via Xbox Game Preview. Second Extinction is also available for mobile devices through Xbox’s xCloud streaming service.

In other Xbox news, the company recently unveiled the free games its giving away to Games with Gold subscribers next month. Two of April’s free Games with Gold titles, Hard Corps: Uprising and Vikings: Wolves of Midgard, are still available to download. And while we wait for May’s Xbox Game Pass offerings, hit up this roundup of all the games available on the service right now and this roundup of the some great titles to check out.