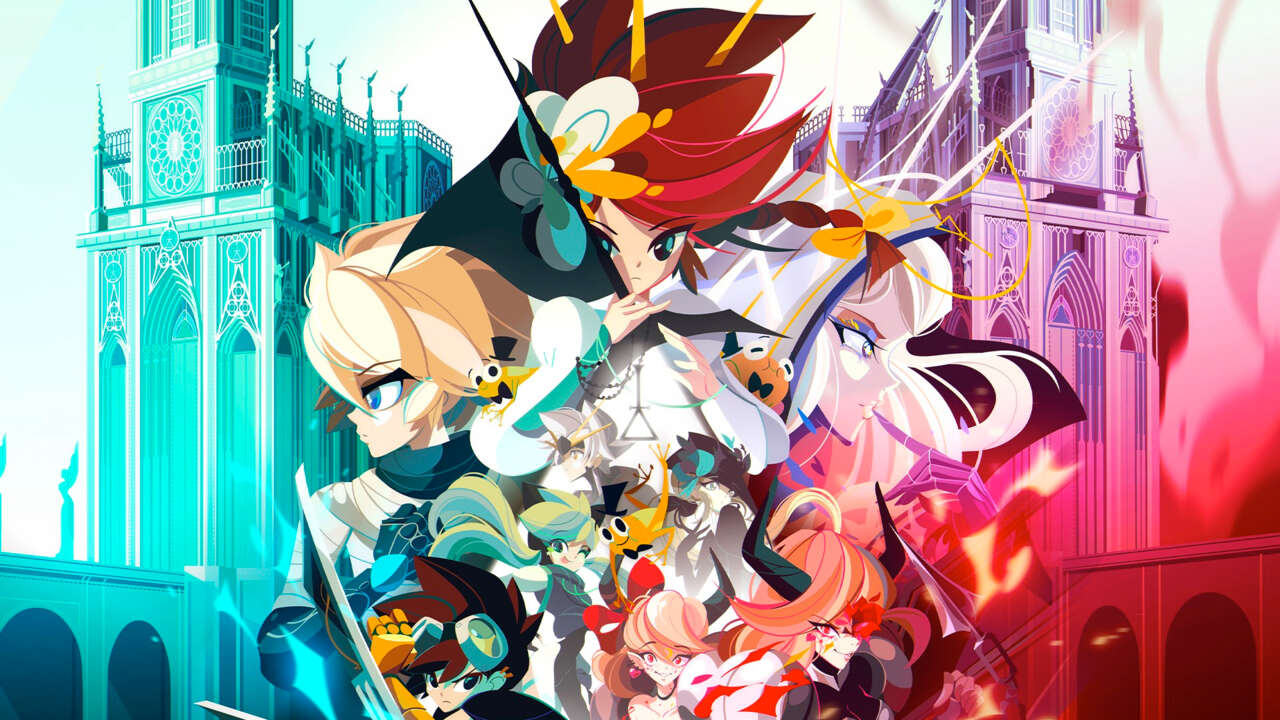 Though I enjoyed most of Cris Tales, one moment in particular really sold the game for me. I was in the midst of a boss battle that had already gone on for 25 minutes against a big robot–every time I destroyed one of the mechanical giant’s arms, a drone would appear to fully repair it, so the only way to end the fight was to scrap the drone. But the drone would only appear when an arm was destroyed, dragging the fight out as I slowly chipped away at the arms’ huge health pools over and over. Then I had an idea: What if I could use protagonist Crisbell’s Regression spell on an enemy? I had only previously used it for its described purpose of regressing allies to a previous state in time, returning them to full health after taking damage or suffering a status effect. To my surprise, my idea worked. By using Regression on the robot’s arms after the drone repaired them, it returned them to their destroyed state, causing the drone to reappear and giving me the opportunity to continuously whale on it. A few minutes later, victory was mine.

This gameplay mechanic speaks to Cris Tales’ overall narrative, which is about the importance of examining the past, facing the challenges of the present, and changing the future for the better. It’s a message that goes beyond trying to hurl the right magic spell at a murderous mining robot too, as Cris Tales is largely a story about humanity’s impact on the world at large and how exploitation of the environment, racism, greed, and hoarding cures to deadly diseases are far more dangerous threats to humanity’s future than an evil witch. It’s a concept that doesn’t neatly wrap itself up as well as I would have liked, but the journey to that point is an incredible RPG experience, one satisfyingly supported by the cool idea of being able to see the past, present, and future all at once.

In Cris Tales, you play as Crisbell, a young girl with no knowledge of her past who unexpectedly becomes a Time Mage. She meets a talking, time-travelling frog named Matias who explains that Crisbell can now perceive the past, present, and future of the world simultaneously, giving her the unique ability to glean knowledge from people’s histories and alter their fates. Matias takes her to meet Willhelm, also a Time Mage, who tells Crisbell that she’s key to stopping the Time Empress, an immensely powerful Time Mage set on taking over the world. With the help of young knight and mage Cristopher, the trio repel an attack led by two of the Time Empress’ lackies, and the squad, now of four, set out to find a way to enhance Crisbell’s powers so that she’ll be strong enough to save the world, stopping to recruit additional allies and help the world’s diverse assortment of kingdoms along the way.

Where to preorder the Nintendo Switch OLED model