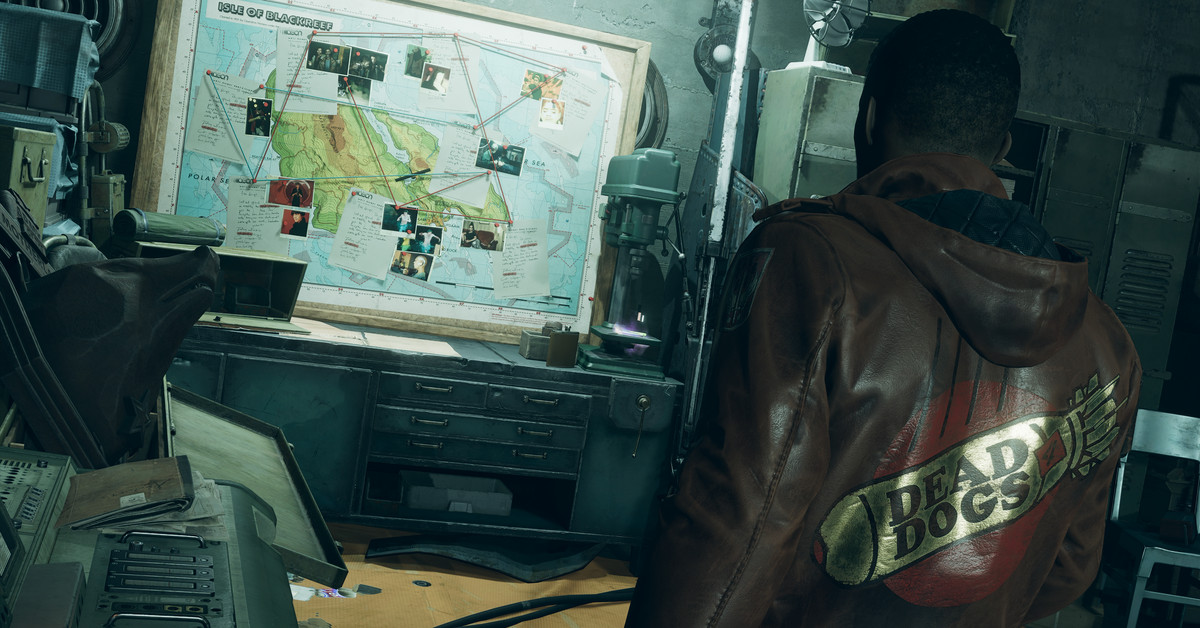 Deathloop review: an intricate mystery and an amazing action game


Deathloop is the first game to make me risk my life for an audiolog.

It’s the latest release from Arkane Studios, a studio best known for helping keep the lineage of “immersive sims” alive through first-person action games like Dishonored and Prey. And Deathloop most certainly fits into that lineage, with its stealth-focused exploration, supernatural abilities, and open-ended gameplay that almost always gives you a handful of ways to tackle a problem. On a moment-to-moment basis it’s as tense, thrilling, and creative as any Arkane release should be.

That’s just the start with Deathloop, though. What makes the game so interesting is its structure, which has players — in the role of an assassin named Colt — reliving the same day over and over again. (Between this, Twelve Minutes, and Returnal, I’m not sure what it is with game developers and time loops lately.) This conceit turns Deathloop into a game where investigation is as important as combat. You aren’t just fighting to survive, you’re doing it to learn new information that will help you unravel the strange and complex mystery at the heart of the game. It’s that mystery that will help pull you through the same day repeatedly, digging through dangerous locations in search of scraps of crucial information to hopefully make the next loop just a little easier.

I’ll do my best to summarize Deathloop’s premise, but it’s not easy. It starts when Colt wakes up on a beach of what turns out to be an island called Blackreef, which looks like a supervillain’s lair from the 1960s. Quickly he learns that Blackreef is run by a homicidal woman named Julianna and that its residents relive the same day in a loop. A few, like Julianna, keep their memories from loop to loop, and have decided that they want to keep things the way they are. Colt, naturally, does not, and decides he’s going to stop the loop once and for all. In order to do so, he needs to kill Julianna and seven “visionaries” from Blackreef. The twist is that he has to kill them all in a single day without dying.

The ultimate goal in Deathloop is basically one big puzzle you slowly piece together. Blackreef is an intricate island divided into four districts, and each day is split up into four time periods: morning, noon, afternoon, and evening. Over the course of the game you’ll explore each area, at different times of day, and steadily Blackreef will open up. Colt retains his memories after each loop, so as you discover shortcuts or passcodes for gated areas, that information sticks with you. Eventually I found myself knowing areas inside and out, able to stealthily make my way through the quickest paths; it’s a very satisfying kind of mastery. The end goal of all of this information-gathering is to learn as much as you can about the island and its visionaries so that you can figure out how to kill them all within the constraints of a single day. Information is, as they say, power.

It’s one big puzzle you slowly piece together

This probably sounds pretty confusing, and it is, but the game does an incredible job of easing you along so you don’t get overwhelmed. The main menu is basically an evidence board that lets you track all of the information for each visionary, so that you’re tackling everything in a series of small steps. Likewise, the game is divided into relatively bite-sized chunks, as you explore areas over specific time periods like morning or evening, almost always with a specific goal in mind. Sometimes that could be as big as killing a boss. Other times it just means finding a way into a locked apartment in search of a passcode. Put simply: while the overarching goal is huge and complicated, the steps to get there are clear and direct.

It’s also important to note that, despite the time looping premise, Deathloop isn’t a roguelike with randomized levels like Returnal or Hades; each area changes depending on the time of day, but otherwise it’s the same each time you visit. And while initially Colt can’t bring weapons or skills with him from one loop to the next, that changes when you’re able to harvest a material to infuse items so that they’ll carry over. This “residual energy” is called, obviously, residuum. This lets you steadily build out an arsenal over time, and grow more powerful by collecting “slabs” from downed visionaries that grant supernatural abilities like invisibility or teleportation. (The structure is almost like a modern day Mega Man, with bosses that grant game-changing powers when you beat them.)

The game can be repetitive at times. In one mission early on, for instance, I had to start up the same set of generators on three different days, in order to divert power to different areas of the island. For the most part, though, I was constantly doing different things. Missions involved everything from decrypting pictograms to infiltrating a masked ball. I also found that when I did have to revisit areas or scenarios, I usually either knew a shortcut to breeze past it or by that point was much more powerful, making it easier to take down whatever enemies I might need to kill. It’s also a very open game. With seven visionaries to kill and a big island to explore, there’s pretty much always something else to do if you get stuck.

That I’ve gone this far without even talking about the shooting should tell you something: Deathloop’s central mystery is such a fun and satisfying thing to pull apart and solve that it almost overshadows the action. That said, the action is amazing. This is clearly an Arkane game, which means it’s less a straight shooter, and more a game where you sneak into dangerous places and use a combination of stealth, creativity, and luck to kill everybody. I barely even used guns, instead relying primarily on my arsenal of superpowers and, more than anything else, a machete for quiet takedowns. (Kills in Deathloop are extremely gory, with lots of decapitated heads and needlessly large splashes of blood.)

But, in true Arkane fashion, there always seemed to be multiple ways to tackle a problem, whether it was a different combat technique or a hidden passageway that sidestepped violence altogether. I should also note that on the PS5 the game makes great use of the DualSense controller, so combat really does feel better, thanks to realistic vibrations and different trigger tension depending on your weapon. The controller’s speaker, in particular, is put to good use, with Julianna constantly pestering you with messages over a walkie talkie.

There always seemed to be multiple ways to tackle a problem

I really only have a few small nitpicks with Deathloop, and they mostly have to do with some artificial techniques the game uses to create tension. The first has to do with saves. Despite being a primarily single-player experience, you can’t save Deathloop mid-mission; instead, the game only saves when Colt leaves an area. Many of the missions are short, so it’s not always a problem, but some can drag on quite a bit, particularly when it comes to finally taking down the visionaries. It’s really frustrating to not be able to take a pause when real life interferes with playing the game. Likewise, Deathloop has an interesting take on multiplayer. While the story puts you in the role of Colt, you can also play as Julianna and wreak havoc on another player’s game. It’s a cool concept, but I mostly just found it annoying to be on a good run and have someone jump in and kill me in the middle of a carefully planned mission. It’s also unavoidable; if you aren’t playing online, an AI-powered Julianna will pop in on occasion instead. In my pre-launch experience, this always seemed to happen at the worst possible moment.

The most remarkable thing about Deathloop is how all of its elements — the intricate, stylish world of Blackreef; action that encourages experimentation; a mystery dense with ideas and surprises; the entertainingly hostile relationship between Colt and Julianna — fit together so seamlessly. You could spend the morning tip-toeing around guards to find a password hidden in a desk, which helps you steal a sniper rifle in the afternoon, which you then use to take down a boss in the evening. And right after, Julianna is going to call you on a walkie for a charmingly expletive-laced tirade.

Each of those elements feels not only cohesive, but necessary. In most games, audiologs are throwaway lore meant for the most hardcore fans. Here they can be the difference between success and failure.

Deathloop launches September 14th on the PS5 and PC.