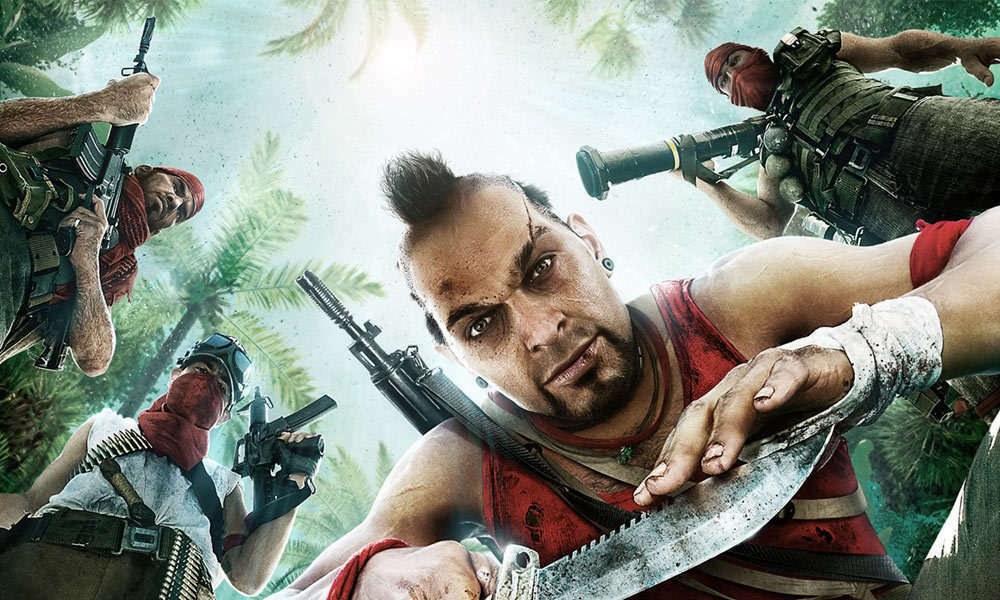 Far Cry 6 Sheds New Light On Vaas Fan Theory, But Not How You Think


Note: This article contains spoilers for the end of Far Cry 6 and the story of Far Cry 3. We’ll keep the FC6 spoilers to a minimum to avoid revealing any unnecessary tidbits from its story, but if you want to go in knowing as little as possible, stop reading now.

For a while now, fans have speculated that Far Cry 6 would bring back fan-favorite villain Vaas, one of the antagonists of Far Cry 3. Vaas is the guy who pretty much defined what has become the archetypal Far Cry villain. He’s charismatic, scary, and ruthless, and he has some long and fun bad guy monologues. Hints that Vaas was returning have circulated for more than a year, with actor Michael Mando even suggesting he’d reprise the role, and that’s fueled a lot of fan theories about the villain’s role in Far Cry 6.

Ubisoft revealed earlier this year that Vaas, as well as Far Cry 4 villain Pagan Min and Far Cry 5 villain Joseph Seed, would be playable characters in a Far Cry 6 post-launch DLC expansion. But as it turns out, there’s more to the Vaas story than whatever is going on in that expansion–which seems altogether dream-like and might possibly exist outside the realm of Far Cry 6’s “real world.”

Make it through the entirety of Far Cry 6’s story campaign, waging a successful guerrilla war against dictator Anton Castillo across the fictional island nation of Yara, and you’ll be treated to a post-credits scene. You’re treated to a black screen, Metal Gear Solid-style, over which you can hear a conversation between two people. One is Juan Cortez, the guerrilla mentor of protagonist Dani Rojas. The other is Vaas, which raises a lot of questions about how Far Cry 6 and Far Cry 3 are linked, and what the post-credits scene is teasing for the future.

First, some details and a bit of debunking. Fan theories circulated that Far Cry 6 was actually set before Far Cry 3 and would serve as a prequel, with some guessing that 13-year-old Diego Castillo, the son of Armond and a major character throughout the story, would grow up to be Vaas. Shaped by his experiences as the son of a brutal dictator and a target in a revolution, Diego’s life in Yara would eventually lead him to become a brutal and murderous drug-smuggling pirate. That would allow Far Cry 6 to link to Vaas’s life without dealing with one particularly glaring issue with bringing the character back: Vaas died in Far Cry 3.

So What Does This Mean For Vaas?

Again, we’re avoiding spoilers for Far Cry 6 as much as possible, but we’re about to discuss what happens in the post-credits scene, so be warned.

Though there are no visuals for the scene, it sounds like Juan might be meeting Vaas on a dock somewhere for a business deal. Juan says that deposing Castillo has resulted in triple the production of Viviro, the life-saving cancer drug unique to Yara in the game and which Castillo was using slave labor to grow and manufacture. Vaas, from the sounds of things, is a black market contact–Juan is selling Viviro and Vaas is buying. Since he’s a drug smuggler and pirate in Far Cry 3, that all tracks. Vaas also mentions Diego during the discussion, making it obvious they’re two separate people.

What’s not clear, however, is whether this scene, and Far Cry 6 in general, takes place before or after Far Cry 3. If it’s before, then Vaas might just be a smuggler selling Viviro along with other drugs sometime before he’s killed in Far Cry 3. But if it’s after, that tells us that Vaas must have survived what seemed like his demise at the hands of FC3 protagonist Jason. That seems fully possible, since the battle with Vaas in that game was already a strange dream-like vision, with no indication of whether it was “real.” We don’t really get enough information in Far Cry 6 to know for sure when that story takes place, however.

If the Far Cry timeline Ubisoft has now created puts FC3 before FC6, and Vaas is currently still alive, this scene also makes some suggestions about the future of Yara. It calls into question Juan’s motives as a member of the Libertad freedom fighters (although this isn’t the first time he’s seemed morally questionable throughout the game) and raises the possibility of Dani’s ally becoming a potential enemy sometime in the future, as multiple forces vie for control of the country and the lucrative Viviro production industry. It also suggests that Vaas remains something of a powerful criminal and pirate, possibly working for himself now, rather than serving a higher boss as in Far Cry 3. We don’t know much about Juan and Vaas’s relationship, but their shady dealings probably aren’t good news for a country that just overthrew a dictator and is lacking a stable government.

As for what’s next for Vaas and Far Cry, it depends on how the character might be woven into Far Cry 6’s story–or whether he will be at all. Once you finish the game, you can continue to play FC6, fighting Castillo’s military holdouts, who function as an insurgency. New targets spring up each week as you work to root out Castillo’s loyalists, and along with the other DLC expansion, that suggests we could see more of the story of Yara down the road. Since Juan is already interacting with Vaas, he might be a part of that story, and we could see him turn up as a villain (or in some other capacity) opposite Dani in post-release content.

Then again, the post-credits scene could be a tease for a new Far Cry title, and merely functions to set up the fact that Vaas is alive, out there, and smuggling drugs. In any case, it’s clear that there’s more Vaas coming to Far Cry in the future, in some form or another.

Next Baldur’s Gate 3 patch is its biggest yet, adds ‘equippable salami’