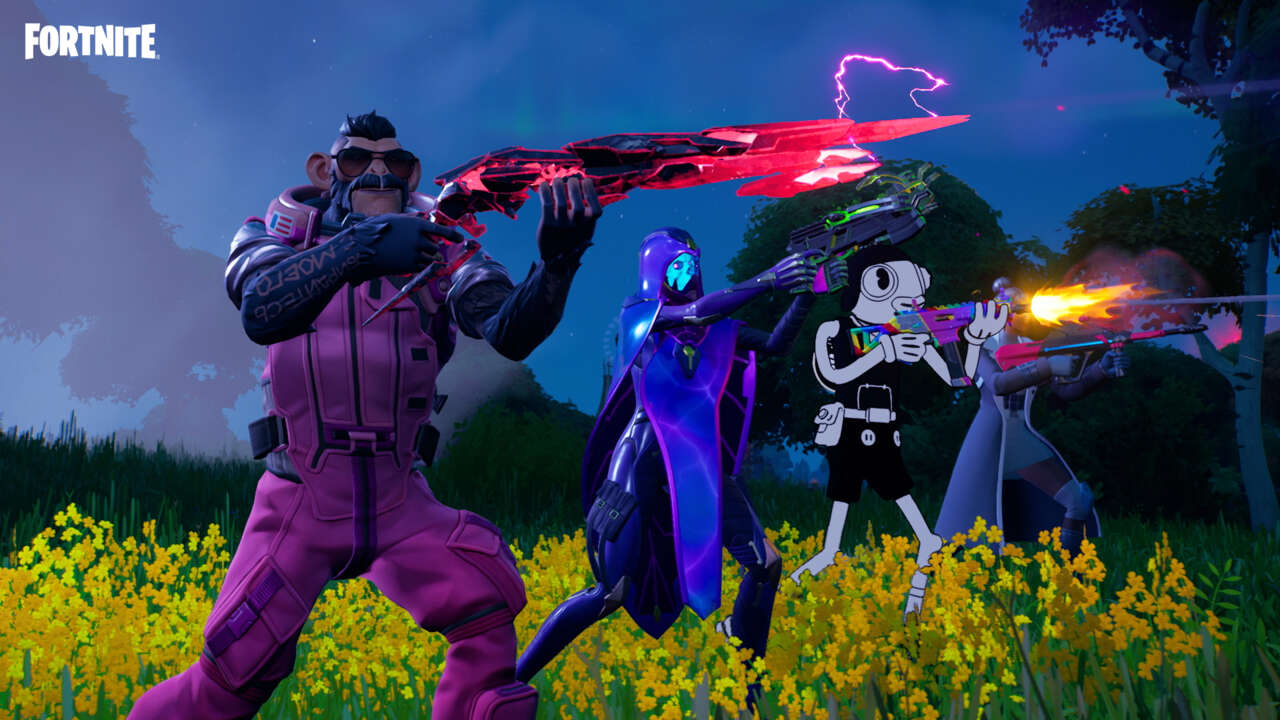 
Fortnite Season 8 has arrived. Although this means the war against the aliens has ended, the war against the cubes, however, has just begun. These cubes are enigmatic, sentient, and nearly omnipotent, so you’ll need a whole slate of new Fortnite Season 8 weapons if you’re going to win this war. In this guide, we’ll walk you through everything you can expect to find in terms of weapons and gadgets scattered across the island as loot.

If you read our Fortnite Season 8 map changes guide, you already know about The Sideways, an alternate dimension full of Cube Monsters and featuring a post-apocalyptic aesthetic that captures just how destructive Operation: Sky Fire was in the end. As it turns out, you won’t just face greater threats in The Sideways, you’ll also fight for greater rewards. Two unique Sideways Weapons will be found exclusively in this off-island realm for those who can manage to escape with them in hand.

The Sideways Rifle and Sideways Minigun are two brand-new weapons loopers can find in The Sideways, and these weapons can be buffed even further by defeating monsters and picking up Cube Monster Parts. Using the crafting menu first introduced in Season 5, you’ll be able to improve these two Sideways weapons with these new crafting materials. These weapons also do more damage when they’re nearly overheated, so to get the best DPS out of them, you’ll want to charge them up.

If you’d rather stay away from The Sideways, don’t worry; You can still find ways to enhance your arsenal. Nuts and Bolts are back for a second consecutive season and once again allow to you craft weapons that would otherwise be unvaulted. For example, while the Lever Action Shotgun is now the default shotgun on the island, you can swap it out for a Charge Shotgun by using Nuts and Bolts just like you may have been doing in Season 7–head to your crafting menu to alter your weapons. You’ll also be able to use the same mechanic to swap out a basic Assault Rifle for a Suppressed Assault Rifle.

Additionally, both the Harpoon Gun and Automatic Sniper Rifle have been unvaulted for the start of Season 8. We’re still on the lookout for what else has changed with Fortnite Season 8 weapons, though we did notice a new fish type: the Shadow Flopper, which gives you brief invisibility. That’s also what Shadow Stones do, by the way, which you can learn more about in our Season 8 map changes guide.

It’s launch day, and before the end of the day, we’ll have fleshed out a complete list of weapons that have been vaulted and unvaulted. For now, if you’re looking for new toys, The Sideways offers the biggest bang–if you can survive it. Check out more on Fortnite Season 8, like the Fortnite Season 8 battle pass roster.