The promises of tech execs and crypto evangelists aren’t winning over the games industry. 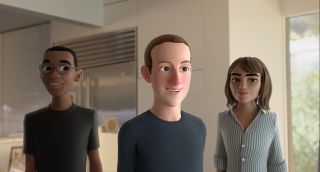 “Metaverse” was such a potent pandemic buzzword that Facebook went so far as to change its name to “Meta” in 2021. And then, last year, Meta laid off over 11,000 employees. That may be one reason for a decline in games industry confidence that all this metaverse talk is going to amount to anything. In a yearly survey of videogame professionals published by the Game Developers Conference (opens in new tab)—a big industry event coming up in March—answers to questions about the metaverse and blockchain showed a small but notable increase in skepticism over last year.

Like last year, survey participants picked Fortnite as the most likely candidate to deliver on the promise of the metaverse, followed by Meta, Minecraft, and Roblox. But 45% didn’t predict any metaverse winner, and instead said that “the metaverse concept will never deliver on its promise.” 33% of respondents said the same thing when asked the question last year. Metaverse doubt is on the rise.

GDC’s 2023 State of the Game Industry report, which summarizes the survey results, includes one respondent’s six-point explanation for their metaverse skepticism. Here’s a summary of their reasons, which GDC says “seemed to represent the voices of a significant majority of respondents.”

It’s not clear what the metaverse even is: “The ‘metaverse promise,’ as it stands, is nothing. The people trying to sell it have no idea what it is, and neither do the consumers.” VR games need “environments dense with small interactables,” but that’s a new challenge for the games industry, which has historically focused on “core gameplay, graphical fidelity, networking, etc.” VR headsets are still too expensive. VR needs better control standardization. It takes more energy to play VR games, so “overbearing” monetization strategies such as loot boxes and battle passes will be more likely to “exhaust” users. Recent advances in VR and motion control hardware have been huge, but the tech still isn’t good enough: “Long load times, blurry text, sticky polygons; the hardware needs to be better, or developers need to get better at optimizing their games for the platform.”

Slightly fewer respondents than last year said that their studio is actually interested in using cryptocurrency or NFTs in a game project.

In the write-in replies, one videogame professional said that blockchain is “a textbook example of a solution looking for a problem,” and another said that after spending three months researching blockchain use-cases for games, they “concluded firmly that there aren’t any worth pursuing.”

A more positive respondent wondered if that could really be true: “Now that the hype has died down and the scammers have moved on I think now is a good time to seriously investigate [blockchain’s] utility for any positive player experiences. I don’t believe something as large as blockchain is entirely without use.”

(They could be right that a good use for blockchain will turn up, but I’d argue that the scammers have not moved on.)

The majority views of GDC’s 2,300 survey respondents reflect the same skepticism I and lots of PC gamers feel about metaverse and blockchain promises. Meta’s job cuts can’t precisely be blamed on CEO Mark Zuckerberg’s fondness for buzzwords—he attributed the layoffs in part to his incorrect prediction that the early-pandemic internet use frenzy would never die down, and other tech companies are also shrinking—but alongside the rough-looking Meta Horizon demos we’ve seen, the company’s downturn has bolstered our feeling that “the metaverse” right now is at best corporate wishfulness: a vision of future profits more than anything else. Or, as Wes so astutely put it in 2021: bullshit. (I still think VR itself is exciting, though! After a years-long break, I’ve started using my old Oculus Rift CV1 every week.)

NFTs, meanwhile, have yet to become essential to any games we actually want to play, and in several instances were chased out of mainstream gaming by gamers who see them as just another cynical way to monetize their enthusiasm through manufactured scarcity and empty hype.

GDC 2023 starts on March 20. We’ll be there in San Francisco to cover it as usual, and I’ll be curious to see how many blockchain companies have purchased ads and booths this year. I saw quite a few last year, by my intuition is that machine learning, not cryptocurrency or NFTs, is actually the most significant emerging technology right now, and will become a bigger and bigger part of the games we play over the next decade (as well as an increasingly treacherous ethical quagmire).