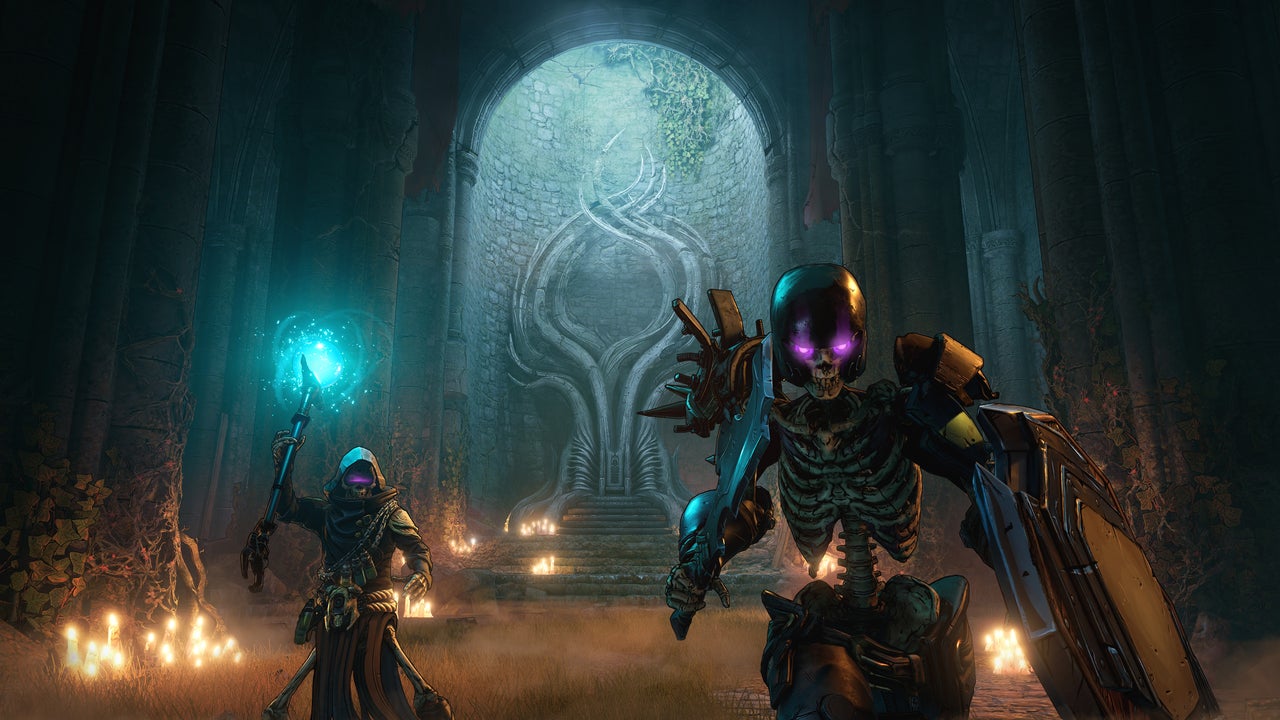 After multiple leaks in the last week teased it, Gearbox has now made it official: Borderlands spin-off Tiny Tina’s Wonderlands is real, and it’s coming in early 2022.

Our first-ever look at Wonderlands doesn’t betray much of how close it will be to traditional Borderlands gameplay, but it does offer one hell of a setting. An unknown new character stands at an anvil, forging a very shiny gun which he then uses to fight an approaching dragon, aided midway through by the reappearance of the beloved farting Butt Stallion.

The trailer concludes with Tiny Tina herself appearing to append her name to the title, demanding the audience “roll for initiative” in a nod both to Dungeons and Dragons and its Borderlands in-universe equivalent, Bunkers and Badasses, a game of which she has run before in the Borderlands 2 DLC Assault on Dragon Keep.

We’re also given a taste of some of the talent who will be voicing characters, which includes Will Arnett, Andy Samberg, Wanda Sykes, and Ashly Burch.

In a follow-up segment to the trailer during Summer Game Fest, we learned that Wonderlands will feature Tiny Tina as dungeonmaster in an adventure to defeat a Dragon Lord, and will include character customization.

Have you played Borderlands 2?

We loved Tiny Tina’s Assault on Dragon Keep when we reviewed it way back in 2013, and Gearbox has been gracious enough to give us more Tiny Tina in the upcoming live-action film as well, portrayed by actress Ariana Greenblatt.

Tiny Tina’s Wonderlands leaked earlier this week via both a Reddit post and a source code mistake, alongside other possible future 2K games like a Marvel XCOM-like game, and a very early development action game.

This new trailer was a part of Summer Game Fest, which is in turn part of a lead-up to E3 2021 this weekend. This year’s E3 includes events from Xbox, Square Enix, Ubisoft, Nintendo, Devolver Digital, and more, all of which can be watched and caught up on through IGN’s Summer of Gaming.

Elden Ring’s Story Will Be More Character-Focused and...

Need for Speed: Carbon, Undercover, and More to...