Genshin Impact: Where To Find The Key Sigils - Gamezigo 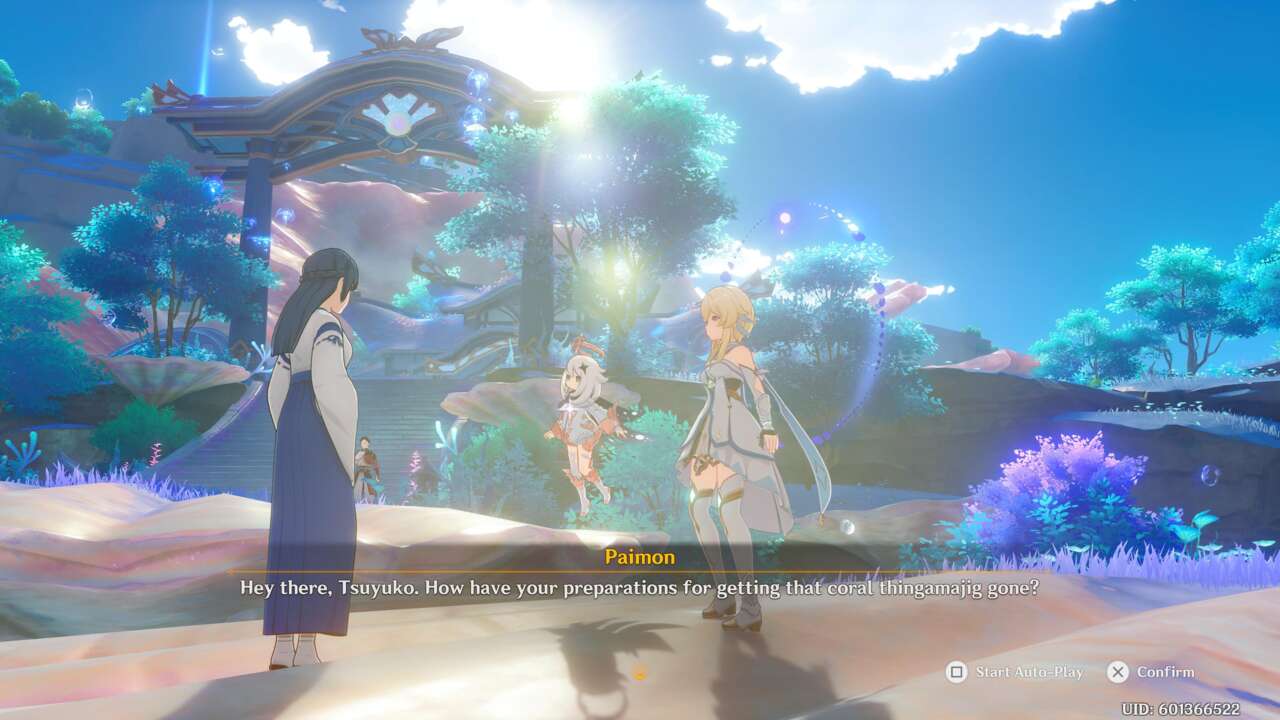 Genshin Impact: Where To Find The Key Sigils

Genshin Impact Update 2.4 is now live and brings a new Archon quest and a brand new area to explore, the Enkanomiya Zone. The new zone is located under Watatsumi Island, but you must complete a new quest to unlock the area, “Still Water’s Flow”. To access the quest you must be Adventure Rank 30 and have completed the Archon quest “Chapter 2: Act 3: Omnipresence Over Mortals”. Players must also have completed “The Moon-Bathed Deep” quest, which is also located on Watatsumi Island. “Still Water’s Flow” requires finding two key signs, which can be hard to find if you don’t know where to look.

How to find the most important characters

The search can be started by: talking to Tsuyuko on Watatsumi Island. Once you talk to Tsuyuko at the Sangonomiya shrine, she will direct you to another shrine where she explains the main signs. She explains that three of the five seals have already been found and cleared, so all you need to do is track down the other two. However, the first of the characters appears to be in the middle of the water off the eastern part of Watatsumi Island. that quest marker is misleading.

Instead, you’ll want to return to the cave where the last part of the quest “The Moon-Bathed Deep” takes place, which is the quest you do right before this one. It’s on the inside of the square piece of land west of the quest marker. The best method to get here is to use the teleport waypoint south of the quest marker, which is located on the outer edge of Watatsumi Island. From there, go to the square section shown in the picture and start gilding along the cliff side. You should see one opening in the wall leading to the cave. Once inside, you’ll need to take out some Fauti enemies before collecting the sigil.

The second sigil is exactly where the quest marker indicates it is, on the small island off the northern part of Watatsumi Island. You can quickly travel to the nearby teleport waypoint and just swim to the island. There you just need to defeat some Ruin machines before you can collect the sigil. Once you have obtained that sigil, you must: take the sigils to two different shrines in the inner circle of Watatsumi Island, one to the east and one to the north.

At each shrine, you must interact with the glowing symbol on the side of the rock to activate the shrine. None of these symbols are hidden and there are no enemies at the shrines. After that you will return to Tsuyuko at Sandonomuya Shrine. She will unlock the whirlpool in the center of the island so you can jump into the pool and access Enkanomiya, the new trial. You fall into the pool and load in the new area. Following the waypoint through a short cave will unlock the teleport waypoint, completing the quest and granting access to Enkanomiya.