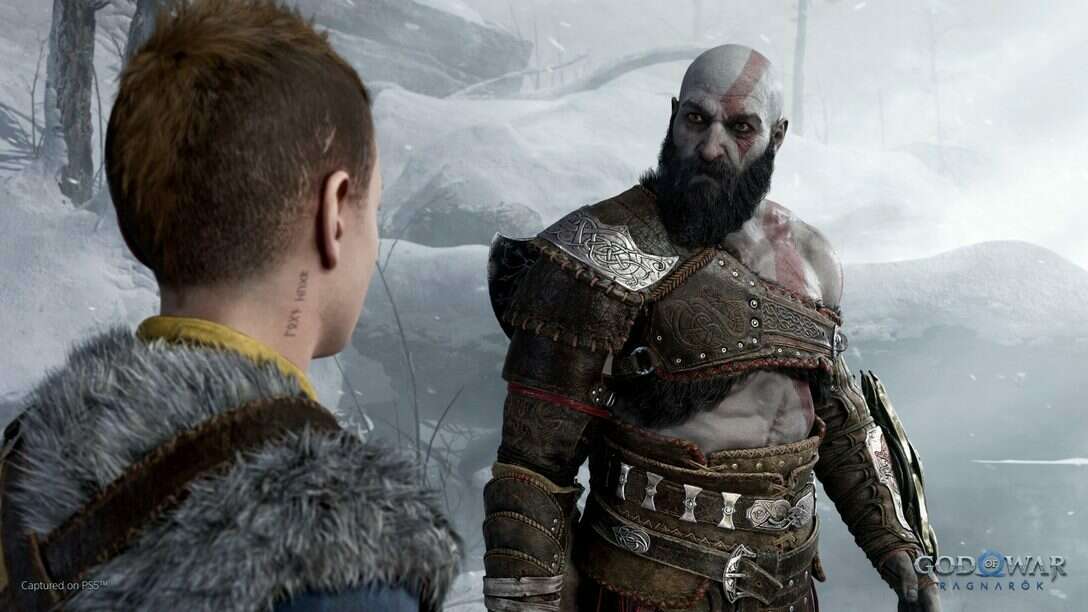 Home Game News God Of War: Ragnarok Gets A New Trailer, Hints Of A Fight With Thor At PlayStation 5 Showcase
Game News

God Of War: Ragnarok Gets A New Trailer, Hints Of A Fight With Thor At PlayStation 5 Showcase

After being announced last year with a short teaser that gave us basically no information about the game–or even its official, final title–God of War: Ragnarok was featured during Thursday’s PlayStation Showcase event with a new trailer. The new look at the game showed Kratos and Atreus venturing through the frozen lands of Fimbulwinter, the deadly winter ahead of the end of the world. It sounds like their goal is to locate the Norse god of war, Tyr.

The trailer also showed a whole bunch of returning characters from 2018’s God of War, as well as some new threats–including Thor, the god of Thunder, who looks like he’ll stand as an antagonist to Kratos and Atreus. There’s also the interpersonal relationship between Kratos and Atreus, who’s hoping to find out more about his identity as Loki following the events of God of War.

After the showcase, Sony Santa Monica also revealed that God of War 2018’s director, Cory Barlog, isn’t the director of God of War: Ragnarok. Instead, Eric Williams, who formerly worked as God of War’s combat and systems designer and who has worked on every game in the series, is taking on the director role. Barlog, who appeared on Sony’s after-showcase stream, said that he thought it was good for God of War to get a “fresh perspective” for each game, but didn’t reveal what else he might be working on.

Sony Santa Monica also said that this will be the end of the “Norse series” for God of War, suggesting that Kratos could find himself in other settings (and other mythologies) in the future.

The story of Atreus and Kratos’ relationship as father and son was essential to the last God of War, and while the two found common ground in that game, they’re butting heads in this trailer. Atreus’ journey to find out more about his identity is apparently bringing him into more direct conflict with the gods of Asgard, but there’s another ticking clock: Ragnarok, the Norse end of the world. Atreus seems to think it might be possible to stop it, but Kratos seems reluctant to get involved and potentially risk his son’s safety.

We saw some other interesting tidbits in the trailer, including some big fights with huge creatures, what seem like some new powers for Atreus as he grows into his godly identity, and the spooky threats of Thor. Sony Santa Monica revealed that Ryan Hurst (Sons of Anarchy) is playing the role of Thor, and Richard Schiff (The Good Doctor, The West Wing) will play Norse god Odin.

Returning from the last game are Freya, who looks like she’s still pretty angry about what happened in the last game, Mimir, the severed head who offered advice and comedic relief last time out, and Brok and Sindri, the two Dwarven brothers who crafted armor for Kratos.

God of War: Ragnarok will be releasing on both PS4 and PS5. Originally planned for a 2021 release, the game is now arriving in 2022, just like Horizon: Forbidden West.