Google’s parent company Alphabet lays off thousands of people from across organisation. 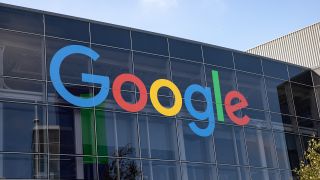 Google’s parent company, Alphabet, is laying off around 12,000 employees in one of the largest mass redundancies the tech industry has seen in the past few months.

In an open letter (opens in new tab) to employees, CEO Sundar Pichai reports that the job cuts will affect those across the company’s worldwide operations.

“I have some difficult news to share,” Pichai says. “We’ve decided to reduce our workforce by approximately 12,000 roles. We’ve already sent a separate email to employees in the US who are affected. In other countries, this process will take longer due to local laws and practices.”

Pichai says he takes “full responsibility” for the layoffs.

“Over the past two years we’ve seen periods of dramatic growth. To match and fuel that growth, we hired for a different economic reality than the one we face today.”

In November last year, an Alphabet investor, owning around a $6 billion stake in the company, is reported to have told Sundar Pichai to cut salary costs (opens in new tab) and reduce headcount. This came after CEO Pichai had already confirmed a slowdown of hiring and investment (opens in new tab) from July, 2023.

Google’s numbers had swelled to 186,779 employees by Q2 2023, which means this round of job cuts will see just over 6% of the company’s workforce lose their job.

In Q3, 2023, Google announced revenue of $69 billion, up 6% year-over-year. The company’s net income was $13 billion for the three months ending in September, down from nearly $19 billion the previous year. The lion’s share of its revenue comes from Google Search and Google advertising, though we’re not sure we trust Google’s ad spots (opens in new tab) to click on them from here on out.

Pichai reiterates its focus on AI for its remaining employees, “Being constrained in some areas allows us to bet big on others. Pivoting the company to be AI-first years ago led to groundbreaking advances across our businesses and the whole industry.”

“Thanks to those early investments, Google’s products are better than ever. And we’re getting ready to share some entirely new experiences for users, developers and businesses, too. We have a substantial opportunity in front of us with AI across our products and are prepared to approach it boldly and responsibly,” Pichai continues.

That’s over 50,000 people without jobs from just four of Silicon Valley’s largest companies.

Intel has also confirmed more job cuts at its Santa Clara headquarters (opens in new tab). The chip maker is expected to announce more in the near future.