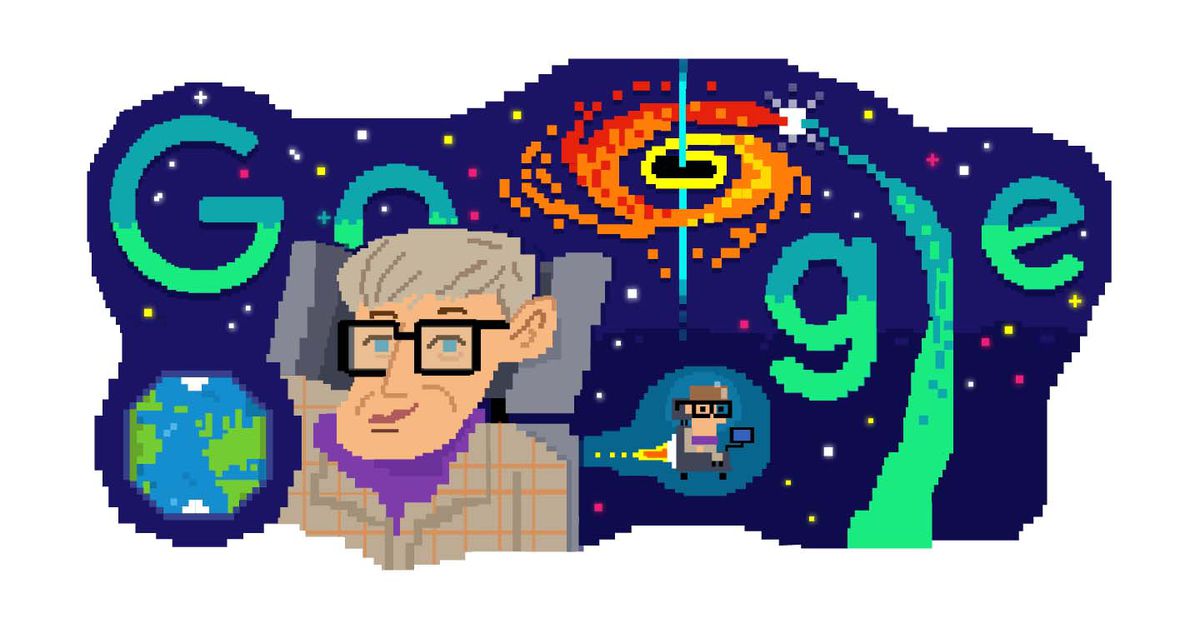 This weekend, Google will release a Doodle in honor of what would have been Stephen Hawking’s 80th birthday. The two-and-a-half minute video goes live in the US at midnight ET tonight (9:00 PM PT) and features narration in the physicist’s own computer-generated voice (created and used with permission from his estate) detailing his work and painting outlines a message of hope for the future.

Hawking’s digital voice was one of the most recognizable features of the late physicist, who used him to speak after he lost his voice due to amyotrophic lateral sclerosis (ALS). Although more sophisticated artificial voices were developed over the course of his life, the physicist continued to use the original voice with his American accent after becoming attached to it through years of use.

The scientist’s children welcomed Google’s Doodle. “He would have thought it important to show that he never allowed the challenges of his physical condition to limit his expressiveness, nor his determination to make an impact on the world he lived in,” Hawking’s children Lucy, Robert and Tim Hawking said in a statement. “We hope that his example provides inspiration and hope to all who are facing great challenges in this difficult time worldwide.”

Stephen Hawking died in 2018, at the age of 76, after living with ALS for more than half a century. The Doodle was illustrated by Google art director Matthew Cruickshank.