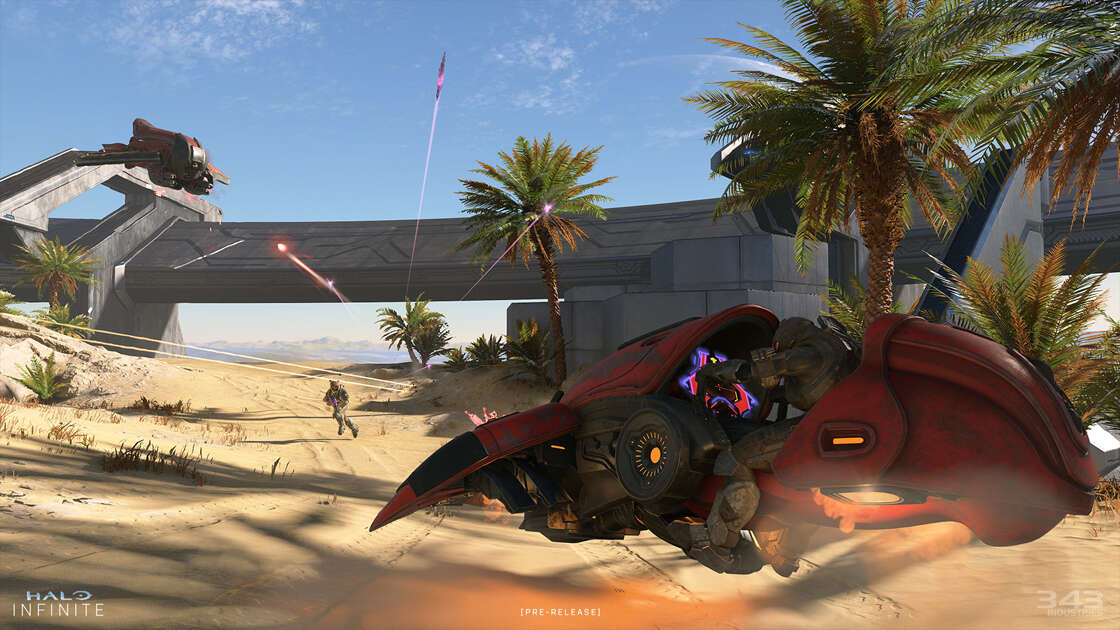 Home Game News Halo Infinite’s Next Multiplayer Beta Starts This Month, And It’s Much Easier To Get In
Game News

Halo Infinite’s Next Multiplayer Beta Starts This Month, And It’s Much Easier To Get In

Halo Infinite‘s next multiplayer beta will begin on September 24, Microsoft has announced. And everyone who registers for the Halo Insider program by September 13 and completes their profile will get in. As such, be sure to sign up for Halo Insider now before you forget.

As announced previously, this multiplayer beta will be very different from the first one. Not only is 343 inviting more people to play, the beta will feature Big Team Battle and 4v4 Arena Slayer with human-on-human matches instead of exclusively against AI. The next beta will also have the content from the first one, including Weapon Drills and bot matches.

Community director Brian Jarrard also confirmed that a “training mode” will be available in the next Halo Infinite multiplayer test. He also urged people to sign up for Halo Insider and opt in to the Halo Infinite test to help stress-test the game’s servers before launch.

Definitely! Much bigger target this time, I’m hoping every eligible Insider gets invited (if millions more suddenly sing up maaaaybe not, but that’s a good problem to have)

“We need everyone’s help, let’s see how hard we can push our services and infrastructure so things will fall down during the preview instead of in December,” Jarrard said on Twitter.

Unless millions of people suddenly sign up for Halo Insider, you should expect to receive an invite if your Halo Insider profile is fully complete, Jarrard said.

After a year-long delay, Halo Infinite is scheduled for release on December 8 across PC, Xbox One, and Xbox Series X|S. In a big shift for the series, the multiplayer element is completely free-to-play, supported by cosmetic microtransactions and a battle pass.

And ICYMI: Bots will be back (with some improvements), Academy will return some updates and the addition of “training mode”, and there will be a much bigger focus on Arena PVP this time including a new map and some objective modes. BTB is also on the menu! (2/3)

For now, we urgently need as many Insiders signed up and ready to go by Sept. 13 since it takes a fair amount of time to work through all the other steps on our side. We’ll have more info to come, stay tuned! Thank you 🙌 (3/3)

For more on Halo, check out GameSpot’s ranking of the best Halo games in the mainline series. You can also read up on Halo Infinite’s partnership with Rockster for new energy drinks.

God of War Ragnarok Finally Gets a Gameplay Trailer