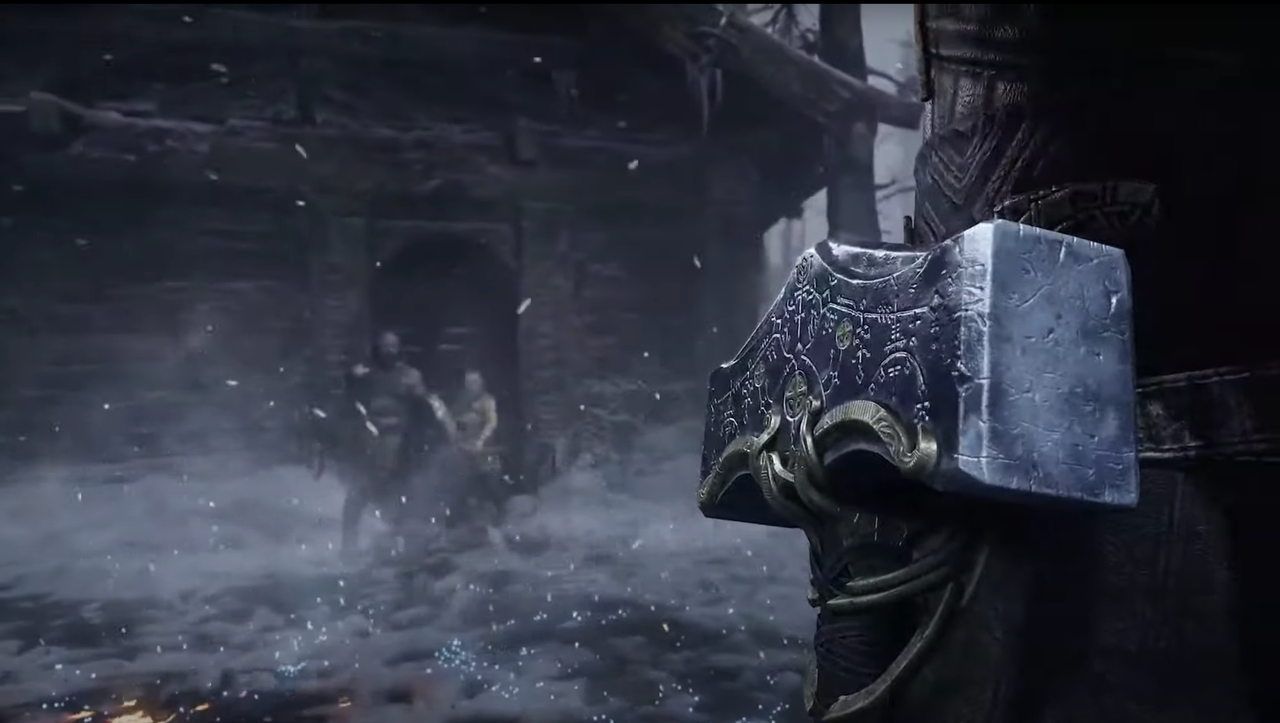 Here’s a Full Look at Thor in God of War: Ragnarok

We finally got our first look at the upcoming sequel to 2018’s God of War, officially titled God of War: Ragnarok, during Sony’s PlayStation Showcase. Those with a keen eye may have spotted a familiar character teased in the trailer wielding a mighty hammer.

It was confirmed shortly after the showcase that it was, in fact, Thor who could be seen for a brief moment in the trailer. Now, we’ve gotten a full-body reveal of the Norse God himself and he looks very different than many of us are used to.

Every Character in God of War: Ragnarok

Those who completed 2018’s God of War may remember the Thor teaser for achieving the true ending as it’s the same shot used in the trailer, implying that Kratos may be going head-to-head against the God of Thunder in the upcoming sequel.

Revealed by Sony Santa Monica Art Director Raf Grassetti on Twitter, this version of Thor more closely resembles that of Norse mythology and folklore as he’s depicted with long red hair and a red beard.

In a developer interview following the PlayStation Showcase, Sony Santa Monica’s Eric Williams, Director of the upcoming God of War: Ragnarok, revealed the character teaser and voice from the gameplay trailer was Thor. He is voiced by Ryan Hurst who is known for his work as Opie Winston in Sons of Anarchy.

Williams also mentioned that “[Opie’s] take on Thor and [Sony Santa Monica’s] take visually on Thor are very different from the hunky Australian you might know,” implying that this version of Thor would not share many similarities with Chris Hemsworth’s portrayal in the MCU films. Although, Fat Thor would like to have a word.

Williams describes his Thor as a “big, burly, hedonistic man-child” who is a “little off-kilter than the Thor people know right now.” Not much else is known of the Son of Odin, aside from his ravenous killing of Giants and his stalemate against the World Serpent, but it’s clear he’s come for revenge and will likely play a large role in Ragnarok.

No official release date has been given, but God of War: Ragnarok is currently slated for a 2022 release date.

If you missed today’s big reveals, check out our full breakdown of everything announced during Sony’s September PlayStation Showcase for information on the next Spider-Man sequel, as well as some more surprises.

Matthew Adler is a Commerce, Features, News, Previews, Reviews, and Wikis writer for IGN. You can follow him on Twitter @MatthewAdler and watch him stream on Twitch.

Naughty Dog on The Last of Us Multiplayer...

Aussie Deals: Half Off an Uncharted Triple Pack,...