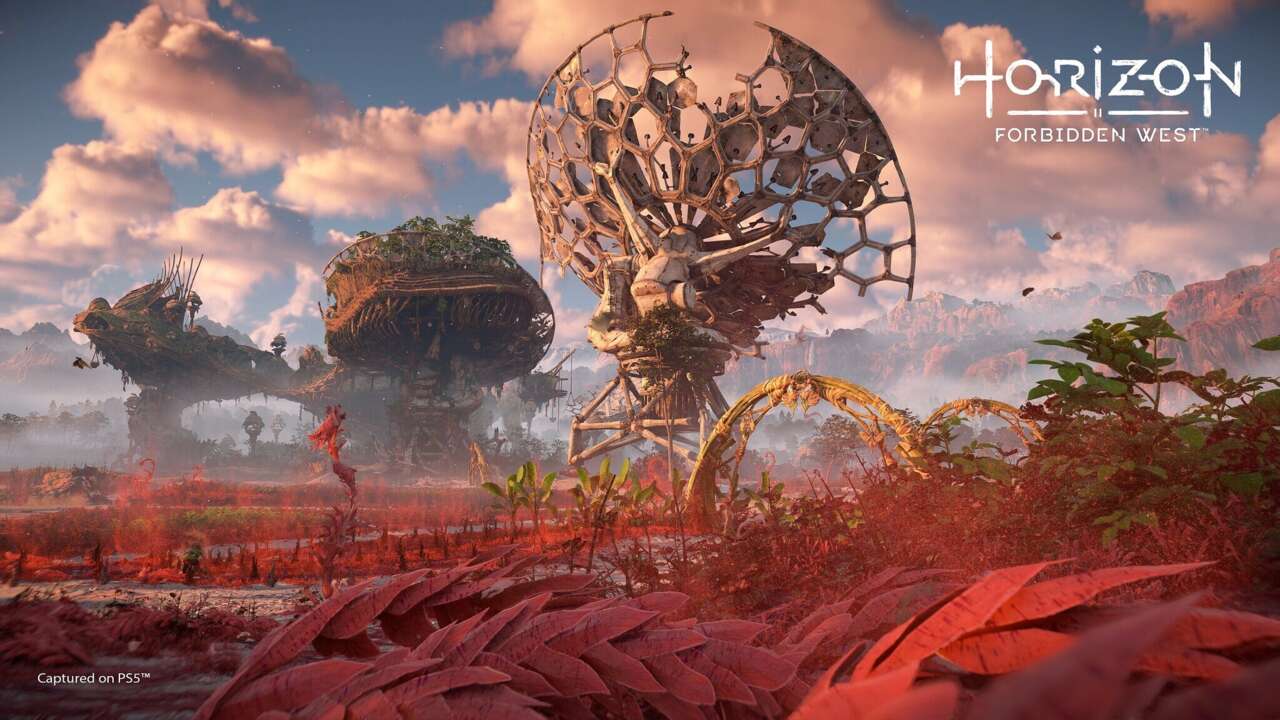 Sony’s next big exclusive, Horizon Forbidden West, is out in February, and a new trailer for the PS4 and PS5 title shows off more people and tribes inhabiting its world.

Players will encounter tribes of people who do all kinds of work and enjoy their lives having a drink with friends. Other tribes are more guarded – literally – and still others sing songs to try to heal their land that has been overtaken by plagues. The trailer ends with a plague for an “even stronger tribe… in search of secrets on the far edge of the west.” The video not only introduces viewers to some of the tribes they will meet along the way, but also showcases the beautiful footage of Forbidden West. One striking scene shows what appears to be the Golden Gate Bridge in San Francisco, overtaken by grass. See:

Forbidden West launches on February 18 for PS4 and PS5 as part of a very busy month for new game releases. That’s a big day for PlayStation, because that’s when the Tom Holland/Mark Wahlberg Uncharted movie hits theaters.

The sequel to Horizon Zero Dawn looks great on PS5, and PS4 owners can expect a good-looking game on the old-generation hardware too. “We actually developed and tested the game on both PlayStation 4 and PlayStation 5 at the same time because it’s very important to us as a studio to make sure PlayStation 4 players get an equally immersive experience,” lead character artist Bastien Ramisse said in a statement. September.

In other PlayStation news, more details have emerged about the rumored Last of Us remake for PS5, while a director’s cut of The Last of Us: Part II may be in the works.

Razer modular desk concept looks like a massive gaming laptop with legs. And I’ve got to have it

Save $45 on Apple’s Smart Keyboard for the latest iPad