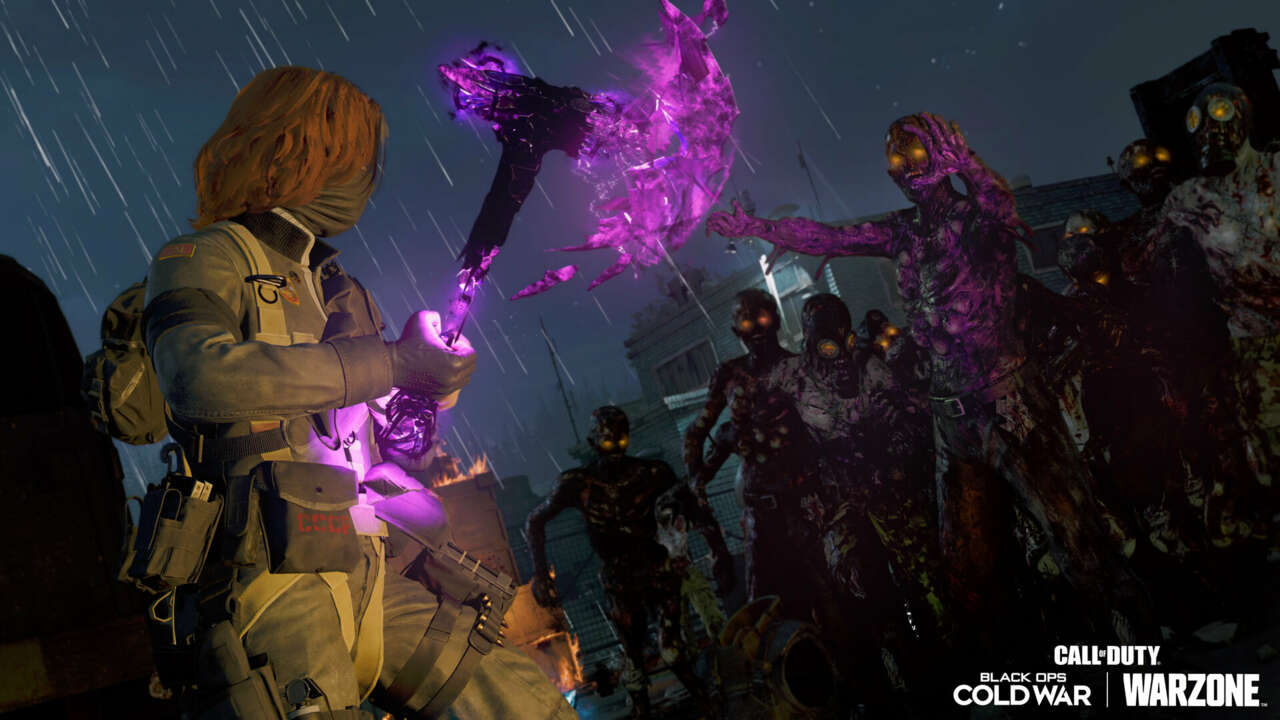 How To Get Chrysalax Wonder Weapon In CoD: Black Ops Cold War Zombies


Call of Duty Season 6 brings the story conclusion for Black Ops Cold War‘s Zombies with Forsaken, and you’ll want to get your hands on the map’s powerful Wonder Weapon. The Chrysalax Wonder Weapon is a lot of fun to use, and it offers great versatility as both a melee weapon and ranged energy gun.

How To Get The Chrysalax Wonder Weapon

Much like previous Wonder Weapons, there are a few ways to get possession of the Chrysalax:

If you’re feeling lucky, you can gamble your points at the Mystery Box, but there are so many Cold War guns added into the weapon pool that the box is best saved as a last resort.

You have the chance of earning this reward from playing the Der Eisendrache game in the arcade. Here’s our guide on how to unlock the arcade games and use tokens to play.

While not a guarantee, your odds are much better with the Trials feature. Simply locate and activate Forsaken’s Trials machine on the map, and keep activating and completing trials until your reward reaches “legendary” rarity status. You might end up getting a different high-end gun or a perk as your reward, but this is going to be a more favorable approach than just getting lucky with the Mystery Box.

Finally, the guaranteed method will be by completing the Chrysalax’s own unique quest.

This quest requires that you pick up three crystals to forge into the Chrysalax, but first you’ll need to at least have Forsaken’s main objective completed to lift the lockdown on the facility before you can start the steps needed for the Chrysalax’s quest. Here’s our guide for lifting the lockdown and accessing Pack-a-Punch in the Observation Tower. Afterwards, you’ll need to hit a red button in the Observation Tower that’s located near the windows with the closed shutter.

You’ll need to progress for another round or two as you wait for an audio cue that tells you something is falling from the sky. Then you can go to Jim’s Donuts on Main Street. There will be a red-orange crystal on the ground behind the shop’s counter.

Interact with the crystals and enemies will spawn. Be prepared for lots of special enemies like Mimics, Tempests, and Tormentors. You’ll need to just keep killing everything spawning around you and the crystal until the step is done. You’ll get an audio cue that lets you know it’s complete, and you’ll be able to grab the Polymorphic Crystal Core item.

You’ll also need to save up 100 of the rare (blue) salvage to purchase the flamethrower. Then you’ll need a Tormentor enemy to spawn, which is the special enemy type covered in the red-orange crystals. Kill the Tormentor with the flamethrower and it will drop a Tempered Crystal Heart item for you to pick up.

The third crystal requires you to lead an Abomination to any one of the standard purple dark aether crystals on the map. Bait the creature towards the crystal to get him to attack and break it. This will give you the Energetic Geode item.

Take the three crystals to the Particle Accelerator room. The room has a large aquarium/tub that you can interact with to place the crystals inside.

Then you’ll need to charge the crystals up. You do this by killing zombies with melee attacks right beside the tub. Keep killing zombies here with melee attacks until you see the Chrysalax Wonder Weapon rise from the tub. It’s also worth noting that only one person can grab the Wonder Weapon, so it’s still probably best to do the Trials and arcade games to get additional Chrysalax weapons when playing in co-op.

This Wonder Weapon is extremely powerful. It can be used as a melee axe or used as a ranged energy gun. It can also be upgraded at the Pack-a-Punch machine.

If you need the best weapons to slay the undead, we have a Zombies recommended loadout guide, and Season 6 just added the new Bladed Axe melee weapon.

This new Call of Duty content arrives as Activision Blizzard faces a lawsuit from the state of California over alleged harassment and discrimination against women.