Three reasons why Epic Games can give away $17.5 billion worth of games for...

NASA Has Released a New Image of Mars’ Blue Dunes and It’s Quite a... 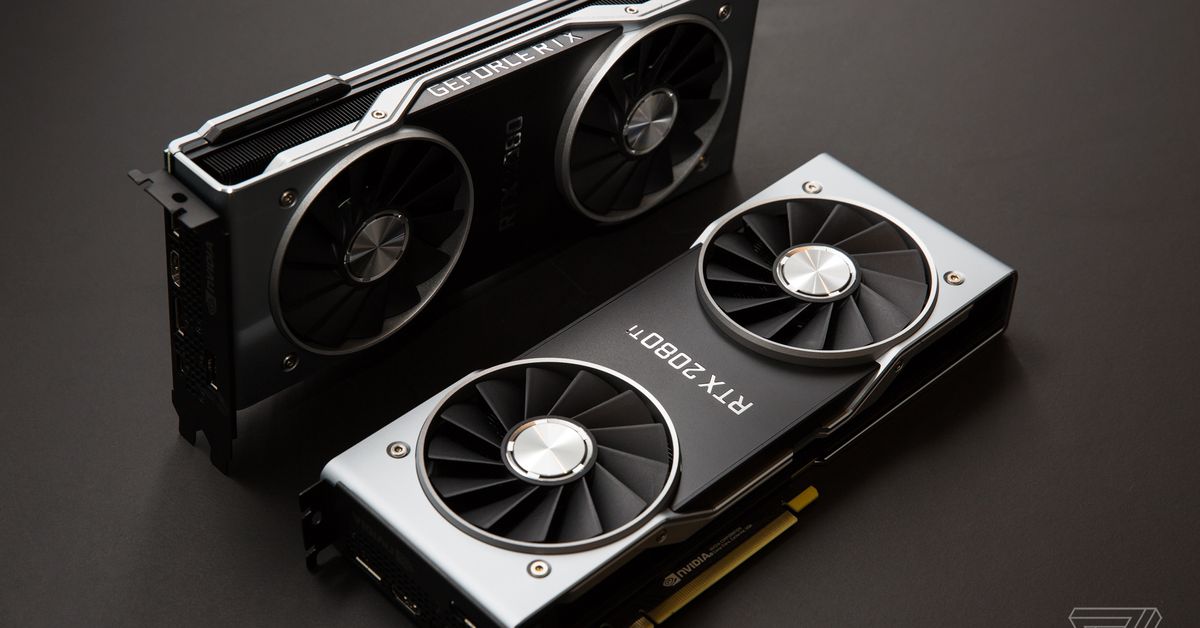 
If you’re finding that background noise is disrupting voice or video calls made from your computer, then a new piece of software from Nvidia might help (provided you have the necessary hardware to run it). Released in April 2020, RTX Voice uses the hardware found in Nvidia’s RTX (and more recently, GTX) GPUs to process your incoming and outgoing audio and eliminate almost all background noise.

Below, you’ll find a quick demonstration I recorded to show how it works. This was recorded from a Blue Snowball microphone using the built-in call recording functionality in Zoom. When I don’t have the software enabled, you can hear the loud clacking of my mechanical keyboard in the background of the call. But when I turn on RTX Voice, the sound completely disappears.

As well as processing your microphone’s input so that the people you’re speaking to can’t hear any background noise around you, you can also set the software to eliminate background noise coming in from other people. So you can save yourself from your colleagues’ loud keyboard as well as protecting them from your own. It’s a win-win.

How to use RTX Voice to reduce background noise

RTX Voice is pretty simple to use, but the big caveat is that you need the right hardware. In order to run it, you’ll need an Nvidia GeForce or Quadro RTX or GTX graphics card since the software uses this hardware to process your audio. That means you’re out of luck if you’ve got a Mac, or a Windows machine without a dedicated GPU.

As well as hardware requirements, the other thing to note about RTX Voice is that since the processing is being done by your graphics card, it might take system resources away from any games or other graphically intensive applications you’re running. I ran some quick and dirty benchmarks to try to gauge the performance impact and found that running RTX Voice on my Discord microphone input reduced UniEngine’s Heaven Benchmark by just over 3fps or around 6 percent, rising to over 8fps or 14 percent if I used the software to process incoming audio as well. That more or less tracks with YouTuber EposVox’s report of a 4 to 10 percent reduction when using it on his microphone, rising to 20 percent with both mic and speakers.

I think that makes RTX Voice a much better option for calls where you’re unlikely to be running something graphically intensive at the same time, like a work conference call, rather than while you’re running a game simultaneously. If you’re looking for something more gaming-specific, Discord recently launched its own noise suppression feature, which might be a better alternative.

RTX Voice can be set it up in just a couple of minutes.

Nvidia’s software isn’t unique. In addition to Discord’s feature, Microsoft also plans to add a similar piece of functionality to Teams later this year. The advantage of RTX Voice, however, is that it works across a much broader range of apps. Nvidia’s site lists 12 apps that it’s validated. However, I tested out audio recording app Audacity, which Nvidia doesn’t list as being supported, and found that RTX Voice worked just fine, so there are likely to be other unlisted apps that also work.

Not everyone will have the hardware to take advantage of this latest feature, and for others, the performance hit won’t be worth it. However if, like me, your gaming PC is mainly being used as a work computer these days, then using RTX Voice is a no-brainer.

Vox Media has affiliate partnerships. These do not influence editorial content, though Vox Media may earn commissions for products purchased via affiliate links. For more information, see our ethics policy.

The PC market isn’t slowing down after an...

Oculus Will Host A Gaming Showcase On April...

Three reasons why Epic Games can give away...