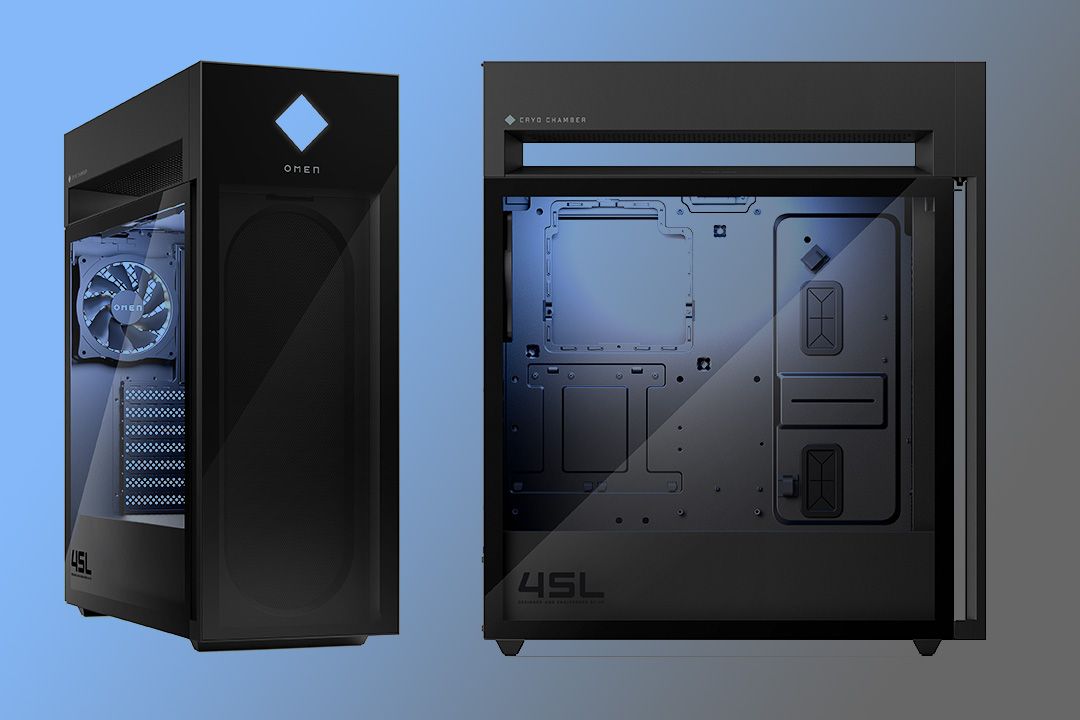 HP’s new cases have a separate ‘Cryo Chamber’ for cooling

PC Cases is making an interesting appearance at this year’s CES, with such offerings with automatically opening and closing vents. HP recently debuted its new Omen 27u monitor, and it showed off a different, less cool look as well as a new PC gaming case, but also a much cheaper, more innovative way to keep cool.

The new Omen 45L ATX case has a patented Omen Cryo chamber that sits on top of the main case. It can support AiO liquid coolers up to 360mm in size, and works by drawing cool air from outside the tower into this chamber. It is understandable that it will be cooler than using air from inside the case already, and the intake on the front is similar.

HP claims that the isolation of this cryo chamber results in a cooler CPU temperature of 6C which is otherwise and also serves as a good handle for moving the tower. ۔ It is also easy to remove the side panels without any tools. It will be available for purchase soon but no date has been given.

When it comes to buying the best PC case, there are many factors to consider. The first is whether or not it will fit your parts, but the 45L makes it quite possible. Other concerns usually surround cooling, keeping things quiet, and ease of access to things inside. On these fronts, the Omen 45L ATX case looks set to win. The last point most people follow is aesthetics, and it’s a great clean case design. The long black box design is simple and quite familiar. The front gives the three wings a nice window, and the side has a clear panel so you can see the courage better when you know what they are.

Thankfully, cheaper and less powerful options will be offered, and there are even choices between ingredients and most well-known brands.

AyaNeo Next handheld gaming PC to compete with Steam Deck