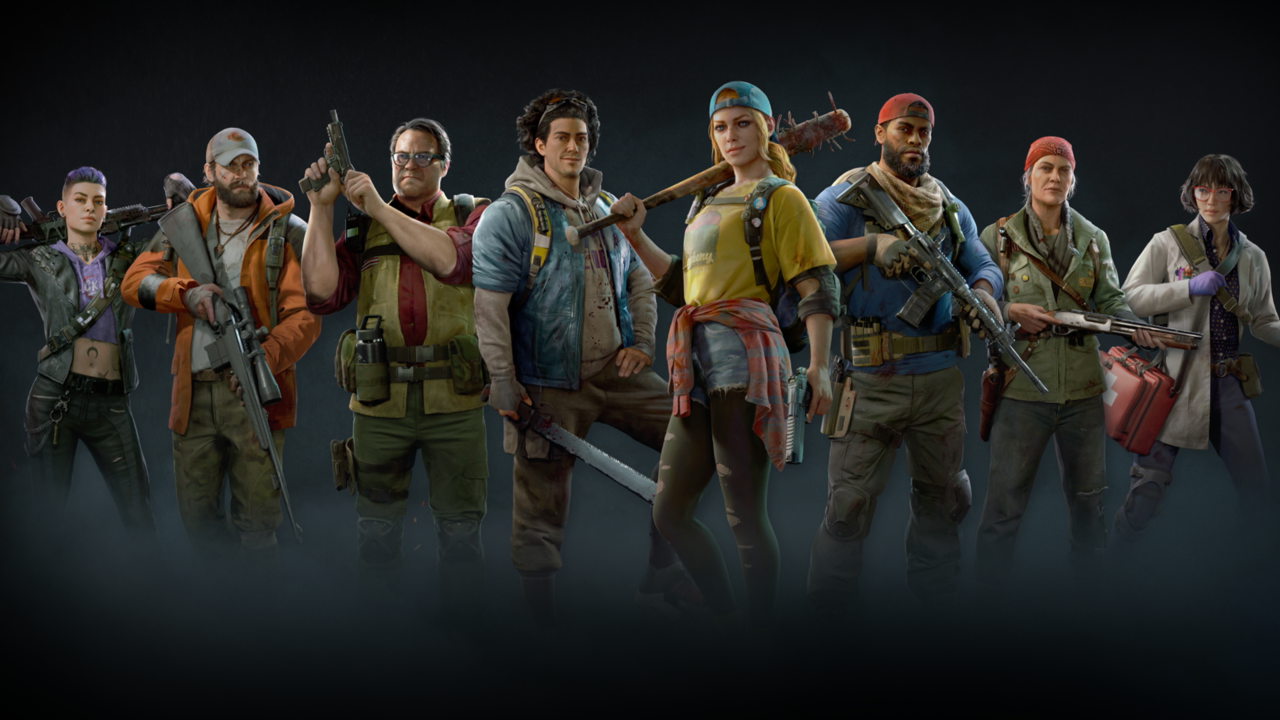 Home Game News In Back 4 Blood, Replaying The Campaign With Different Cleaners Gets You More Story
Game News

In Back 4 Blood, Replaying The Campaign With Different Cleaners Gets You More Story

Though developer Turtle Rock Studios’ Back 4 Blood takes place in a different universe to the studios’ Left 4 Dead franchise, the upcoming squad-based shooter has a similar structure to Turtle Rock’s earlier work. There are differences however; most notably, Back 4 Blood features eight playable characters (referred to as Cleaners) as opposed to Left 4 Dead’s four, allowing players to create different variations to their four-person squad.

According to Turtle Rock Studios lead writer Simon Mackenzie, this adds a narrative-driven reason to replay Back 4 Blood–you and your friends can discover new details about the world and its characters by changing up who is in the squad. However, Back 4 Blood does have a “canon” story that players will be able to follow via the game’s cinematics.

“We do have cinematic scenes, so there is a historical version of events within the game, and the characters represented in the cutscenes as they happen is my golden path,” Mackenzie told GameSpot.

“That being said, all the Cleaners, when you have them, have different stories. They talk about each other–focusing on their own character stories or the wider picture. So you’ll get a different experience, and I hope people play through with different groups of Cleaners.”

In Back 4 Blood, a parasite has begun infecting humans, transforming people into zombie-like creatures that humanity refer to as “Ridden.” The Ridden quickly overwhelm much of the world, leading to a global societal collapse. Small pockets of survivors manage to spring up in the wake of this apocalyptic event, and those responsible for fighting the infected and “cleaning up” the Ridden-filled streets are referred to as Cleaners. Back 4 Blood features eight playable Cleaners: Walker, Holly, Hoffman, Karlee, Jim, Doc, Evangelo, and Mom.

“Usually with a game, you’re riding along with one hero’s story–and some NPCs–but for this, I had to write eight hero stories,” Mackenzie said. “And so each one has to shine. Everyone had to stand out. Everyone had to have their elements, because as a player, that’s what you want.”

Most of Back 4 Blood’s campaign is told over the course of several missions where the Cleaners are travelling from one safe house to the next, usually with an army of Ridden between them and their destination. So there’s a lot of shooting in Back 4 Blood, and with four people in the squad at all times, shots can pop up from different sources. Turtle Rock has accounted for that, with a system on the backend noticing what’s going on–who is in the squad, who is fighting, how long until the Cleaners reach the next fight–to determine when Cleaners speak up about certain topics.

“We’ve got a dynamic system with the [voice-over], so when the pacing drops, that’s when the softer, more character-driven moments pop up,” Mackenzie said. “So we have to have several big performances because for a lot of the dialogue, we don’t know whether it’s going to be said as they are just walking or maybe there’s one or two Ridden or maybe they’re in a full firefight.” And, of course, who is in the squad can have an effect on what’s said, too.

Mackenzie told me about an example of how dialogue between the Cleaners can change based on GameSpot’s last hands-on preview of Back 4 Blood. When I was playing with Jean-Luc, Ben, and Persia, we played as Walker, Mom, Hoffman, and Holly. We went on a mission to find Hoffman’s dad, providing an opportunity for Hoffman to open up and talk about his past (and many conspiracy theories) during breaks in the combat.

“If Hoffman is not in the party, someone mentions, ‘Why did Hoffman want to come with us? He was jumping up and down like a mad puppy.'” Mackenzie said. “And if Mom is there, she goes ‘Oh, he always gets excited when people come out this way.’ In this way, Back 4 Blood can create small threads for players to pursue: Players now know that replaying this mission with Hoffman can potentially unlock more dialogue–as we saw during our hands-on preview–and that Mom knows a bit about Hoffman, implying there could be a connection of some sort there.

22 Minutes of NEW Back 4 Blood Gameplay

Based on these differences, each actor had to record lines for how the same scene could sometimes end up going a different way. As an example, based on the previously discussed scenario, Mom can talk about Hoffman when he’s not there and can talk to Hoffman when he is.

“While I was going to the sessions, I would have to fill up my whole being and my whole body with the energy of the character–the avenue through which it flows is just my voice,” actor and producer Barbara Crampton told GameSpot–she makes her acting debut in video games as the voice of Back 4 Blood’s Mom.

“Sometimes I felt like I had to do slightly more with my voice than I normally would, because this is a very character-driven game, as well as being a shooter game. So the characters have some softer, more tender moments alongside the big, explosive moments. All the characters were pretty well-rounded in that regard.”

“I think some people would be surprised with how deep some of the character moments go,” Mackenzie added. “We deal with where [the Cleaners] were for the collapse, how they felt, what happened to them. There are some characters–characters like Hoffman–who are just obsessed with the conspiracy side of things, but there are [Cleaners] like Mom where family is very, very important to her, so we have conversations about the loss of her son. That’s something that drives her, this sense of family and community, but also makes her stick up and get into some people’s faces when she thinks the risks are unacceptable.”

That characterization contributes to Mom’s arc–according to Crampton, all of the Cleaners in Back 4 Blood have one. “Or else, why are they there?” Crampton said. “What’s the reason for them to be there? Every part really has to fit into what the narrative is trying to do in some respect.”

You’ll uncover the beginning, middle, and end of the eight Cleaners’ stories by replaying the campaign to hear what they say. Of course, you’ll have to wait for Back 4 Blood to come out first, though that wait won’t be for much longer. Back 4 Blood is scheduled to launch for Xbox Series X|S, Xbox One, PS5, PS4, and PC on October 12. The game will also be available on Xbox Game Pass day one.

Dying Light 2 has been delayed until 2022