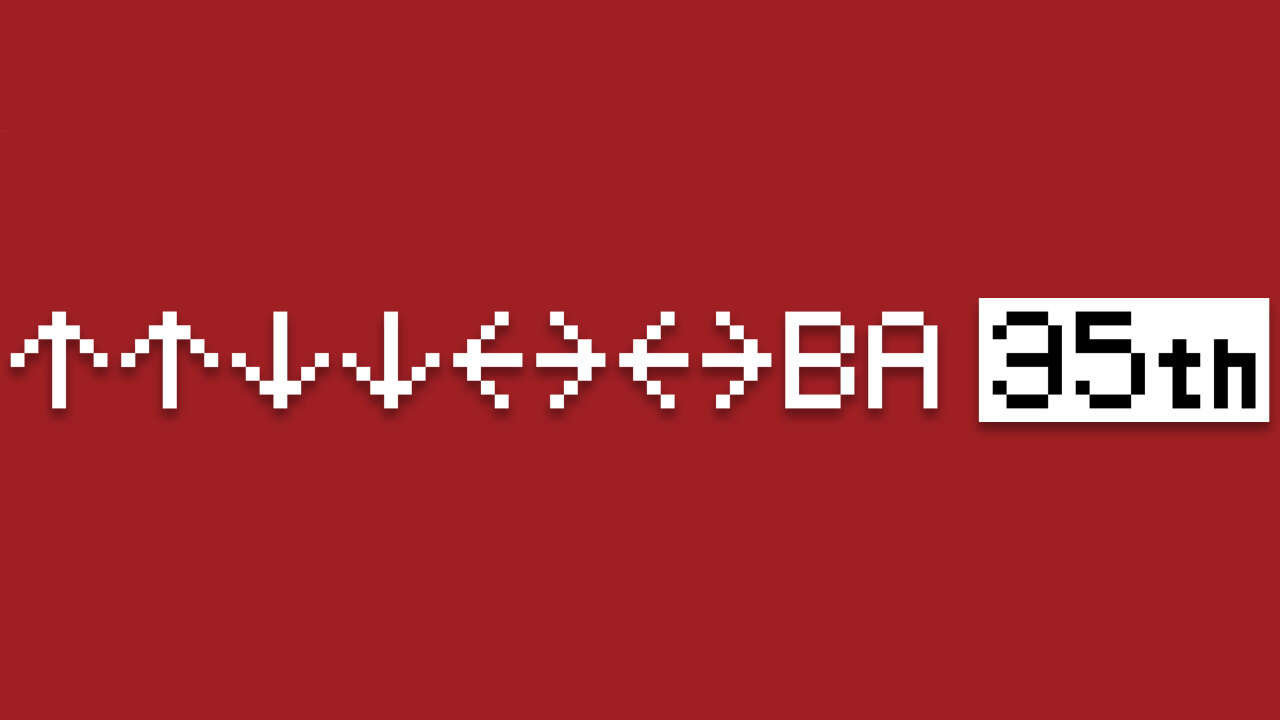 This year marks the 35th anniversary of one of gaming’s greatest exploits, the Konami Code. Originally introduced in 1986’s Gradius, the classic up, up, down, down, and several other button presses would give players a helping hand in that challenging game, and Konami plans to celebrate the occasion with a history lesson and some new merchandise.

Konami launched a website that features information about the retro game series Arcade Archives, shows off new anniversary merchandise, and includes lofi arrangements of retro Konami game tracks by artists DJ Tokyo Machine and DJ No.2. There’s also plenty of merch, as the site is stocked with t-shirts, mugs, and more gear that is emblazoned with the iconic cheat code inputs.

They probably won’t give you 30 extra lives if you wear them though.

Since its introduction, the Konami Code has appeared in multiple video games and has expanded out of that space into mainstream culture. Various Contra games used it for extra lives and stage select options, Dance Dance Revolution referenced the code as a dancing routine, and every single Teenage Mutant Ninja Turtles game published by Konami made use of the code for various exploits. You could even turn a turkey into a cold-blooded killer with it in Assassin’s Creed 3.

Other games have also used the Konami Code for various effects, ranging from Ratchet & Clank: Up Your Arsenal, Just Cause 4, and BioShock Infinite. Outside of games, popular WWE wrestler Xavier Woods references it with the title of his YouTube channel UpUpDownDown, and more recently, inputting the code in Unreal Engine 5’s demonstration program Valley of the Ancient will make a giant robot do a trendy dab.

Sadly, the Konami Code’s creator won’t be around to celebrate the milestone. Kazuhisa Hashimoto, who created the code to help him during testing of the home port of Gradius, passed away last year. The code was meant to be removed prior to publishing, but was forgotten and eventually discovered after Gradius hit the market.

In other Konami news, the publisher’s latest entry in the Pro Evolution Soccer series–now known as eFootball—is launching on September 30 across console and PC. This year’s game is taking the live service route, and on launch day players will have access to offline matches against AI or friends, with nine clubs to choose from and six stadiums to play in.

How Oxenfree II’s Villains Are Affecting the Original Game