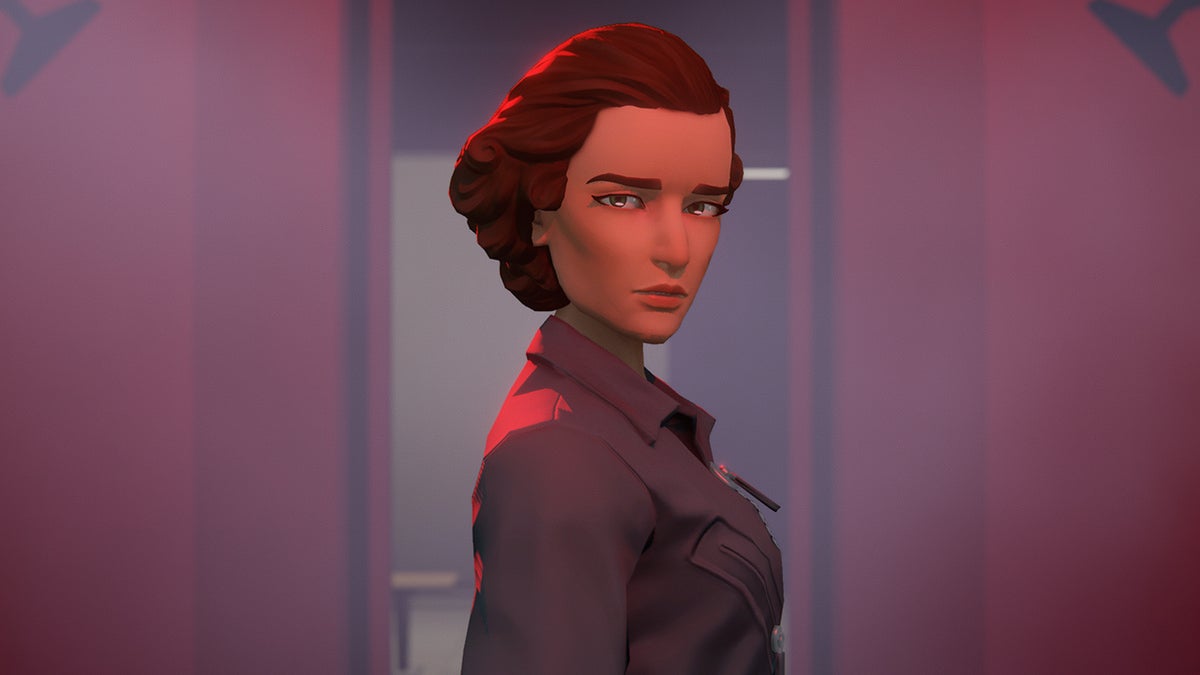 
‘Mind the Gap’ is a famous safety slogan associated with London’s Underground rail network, but in Last Stop some more useful advice would be ‘never mind the gap, there’s a bloody portal to another dimension down here’. This character-driven adventure focuses on the lives of three locals who live on a fictionalised version of London’s Piccadilly line, each influenced in varying ways by the mystical gateway that’s opened up deep beneath the British capital. However, while the quick-time events and cinematic camera angles initially give Last Stop some serious Heavy Rain-style choose your own adventure vibes, the lack of any real influence in shaping the ensuing events made me feel like I had about as much say in the final destination as a passenger on the 5:25pm to Heathrow.

Last Stop is broken into three separate six-chapter stories, culminating in a final seventh chapter that pulls the three storylines together into a singular climax. You can’t binge your way through an individual story in one block – you have to complete the first chapters of all three stories before the second chapters unlock, and so on – but you’re given the choice as to the order in which you play each round of three chapters. However, it’s not a meaningful choice; given that the stories remain largely siloed from each other until the final moments, it didn’t really seem to make much difference to me which order I tackled each chapter in. Last Stop could have just as easily been a linear series of chapters that hopped back and forth between characters like a George RR Martin novel and it would have made little difference to how the overall story unfolded.

There are clear tonal differences between each of the three tales, and that at least brings some nice contrast to the flow from chapter to chapter. Domestic Affairs follows working professional Meena, her struggles with infidelity and being an absent parent, and her rivalry with a young upstart in direct competition for an office promotion. I enjoyed the adult nature of the drama, although the self-absorbed personality of its lead left me a little cold.

Meanwhile, Stranger Danger takes a sharp turn into more supernatural fare, with teenager Donna developing an uneasy relationship with a soft-spoken stranger in possession of unearthly powers. It’s a bit like a Stephen King story set on Coronation Street instead of Castle Rock, and I enjoyed the knockabout banter between its central group of school friends. In fact, the performance from the voice cast is consistently spirited across the board, and a bouncy orchestral score brings a palpable energy to the unfolding events.

My favourite story of the three, Paper Dolls, centers around a single dad named John who wakes up trapped in the body of his young neighbour Jake (and vice versa) after a mutual encounter with a mysterious commuter at the train station. Body-swap stories may be a dime a dozen in Hollywood – a quick search through the Disney+ library reveals there’s almost enough versions of Freaky Friday to populate an entire freaky calendar – but they’re not something I can recall experiencing very often in video games. I found Paper Dolls to be the most refreshing of Last Stop’s three stories as a result, and the chapter in which the aging John has to go to work as game developer Jake and bluff his way through a day in the office was certainly a comedic highlight.

That’s about as engaged with Last Stop’s dialogue system as I ever felt, however, since the choices you’re presented with for the bulk of interactions are more often than not just three subtle variations on the same sentiment. This isn’t some Telltale Games-style adventure where you’re pressured to make snap conversation decisions while weighing up the potential positive and negative impacts on your relationship to other characters. In the general absence of any substantially contrasting dialogue options, it soon becomes clear that each interaction is going to play out effectively the same way no matter which input you select. Having a conversation with someone who seems to have a predetermined response regardless of what you say doesn’t make for an engaging interactive experience; it feels more like being trapped on a bad date.

Last Stop inserts quick-time events in an effort to make you feel more involved, but they end up feeling equally as futile. In an early chapter you must press and hold a series of buttons to make Donna climb up a stack of boxes, but it doesn’t matter if you nail the sequence or flub it completely since she tumbles off either way. During chase sequences you’re asked to tap the shoulder buttons in order to sprint, but you still get away even if you press nothing at all. An absence of fail states does at least eliminate the need for any game over screens, but almost every prompt in Last Stop feels less like a stimulating interaction and more like a trigger to prevent your controller from powering off due to inactivity.

“Almost every prompt in Last Stop feels less like a stimulating interaction and more like a trigger to prevent your controller from powering off due to inactivity.”

To be fair there are at least some decisions that have lasting impacts, but these are extremely minor things, like determining which clothing to wear or the nicknames you give to other characters that persist in subsequent chapters. I wish I had more of an influence over exactly what the main characters got off their chests, rather than simply which t-shirt design they wore on them. I’m not suggesting that Last Stop needed to feature a malleable narrative structure in order to successfully tell a story, but when it presents the illusion of choice while sticking doggedly to its own script it just comes across as patronising.

Regardless, I remained curious to find out how the three stories would eventually intersect in Last Stop’s final chapter, as the three main leads were each compelled towards the subterranean portal and the story shifted to an entirely new and genuinely gorgeous sci-fi setting. Yet when I got there I was disappointed to find out that the final outcome hinged upon a single binary choice for each main character, which left me feeling pretty underwhelmed. I can’t help but feel that I would have been much more invested in each character’s fate had they been determined by a cumulation of numerous smaller decisions made along the way instead.

Last Stop’s storytelling may be frustratingly inflexible, but it at least looks great. Its environments pop with colour and there are some wonderful overhead-tracking shots and clever camera framing. However, this cinematic presentation comes at a cost; it’s not always clear where you’re supposed to go when you can’t control the camera, which meant I often walked down the wrong paths into invisible walls. Similarly, the unheralded jumps between auto-piloted cutscenes and gameplay meant that often a playable section would start without me realising, and there’d be an awkward pause where my character would just stand there like an actor who hadn’t heard the director call out, “Action!” That meant that transitions regularly came across as jarringly stilted where they were clearly intended to be seamless.

Madden 22 Ratings Will Be Revealed On ESPN Next Week