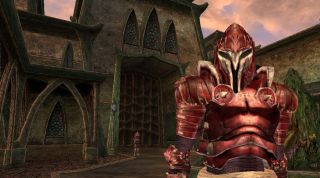 After a lot of searching, we finally appear to have found a use for AI: talking to historical figures about videogames.

Haven’t you always wondered what your favourite deceased musician thinks about your go-to MMO? Or what prominent members of the suffrage movement think about PC gaming? Of course you have! And thanks to the Historical Figures Chat (opens in new tab) app on iOS, we know so much more about the gaming preferences of famous dead people.

Since this is an iOS app and I am a respectable Android boy, I recruited feature producer Mollie to help me out with this important interview. Here she is chatting to New Zealand suffragette Kate Sheppard. She died in 1934, but seems unfazed by the concept of MMOs. And I’m sure FF14 players would agree with her that it’s “the perfect blend of story and action”.

Sheppard decides that she’d be best suited to a healer class, and for that she gets my respect. I like the lack of responsibility that comes from playing a DPS class, so I have a lot of admiration for folk who take on the high-pressure job of keeping their part alive. Thanks, Kate! You’re a star.

As one of history’s great storytellers, you might assume Charles Dickens would be quite interested in videogames and their ability to spin unexpected yarns through emergent gameplay. You’d be dead wrong. Dickens has no time for Fortnite, and the way he tries to redirect the conversation to his own books makes me think he’s a bit of a dick.

C’mon, Charlie—this is not how you make new friends.

Things got a bit spicy in our chat with Nirvana’s legendary front man Kurt Cobain. Well, Mollie got spicy. He handled Mario being called shit with surprising grace. But then things got a bit weird. He doesn’t know what Final Fantasy 14 is, but can rattle off an accurate description? Frankly, I don’t know if I can ever trust him again.

Sorry, Kurt, you are a fake gamer boy. Just stick to the grunge.

After striking out with Dickens and Cobain, Mollie had a lot more luck introducing Hollywood icon Audrey Hepburn to videogames. Despite not knowing much about Overwatch, she was more than happy to chat about her favourite game, bridge, and seems to be surprisingly knowledgeable about Steam for someone who died in 1993.

It would have been more helpful if she’d provided to some links to these Steam editions of bridge, but after a quick check I can confirm that she’s absolutely right (opens in new tab). Still, since I’m not a granny, I think I’d prefer to play Overwatch with her.

I don’t know how to feel about this one. Our news writer Josh struck up a conversation with JFK assassin Lee Harvey Oswald, and frankly he has great taste in Elder Scrolls games—despite not actually playing any of them. Morrowind is the best one. There’s no lie here. Sometimes bad dudes like good RPGs.

I was very keen to find out what historical generals thought of one of my favourite strategy series, Total War, but we were initially thwarted by microtransactions. It costs coins to talk to these historical figures, and unfortunately Josh had already run out. It’s also worth noting that some figures are more expensive than others. Jesus Christ, for instance, costs a whopping 50 coins. I doubt he’d approve.

Mollie still had some coins left in the bank, however, so we were able to find out what Sun Tzu thought about Total War and even Stardew Valley. He had plenty to say about wargames, but damn is he a killjoy. I mean, c’mon, man, when someone offers you a free game you say “Thank you”. And for someone who thinks war should be avoided, he seems pretty obsessed. Stardew Valley can have an impact on how we view war? What are you on about, mate? Don’t invite this bloke to the pub—he’s rubbish.

Although things didn’t work out with Sun Tzu, I was desperate for us to find at least one great general who shares my love of Total War, and who better to ask than Alexander the Great? He’s even got a Total War campaign dedicated to him, and he conquered his first city at an age when most of us would still be in school. As senior editor Rich discovered, however, he’s a prick.

Honestly, you get a few cities named after you and it all goes to your head. Legacy, respect, yadda yadda. What a boring boy. I’m starting to think that this lad who decided to try and conquer the world for the hell of it might not be the coolest bloke. Very disappointing.

I’m still convinced that this is a much better use of AI than stealing art, but probably a less effective way of learning about historical figures than quickly browsing Wikipedia. Not a bad way to spend a Friday, though.