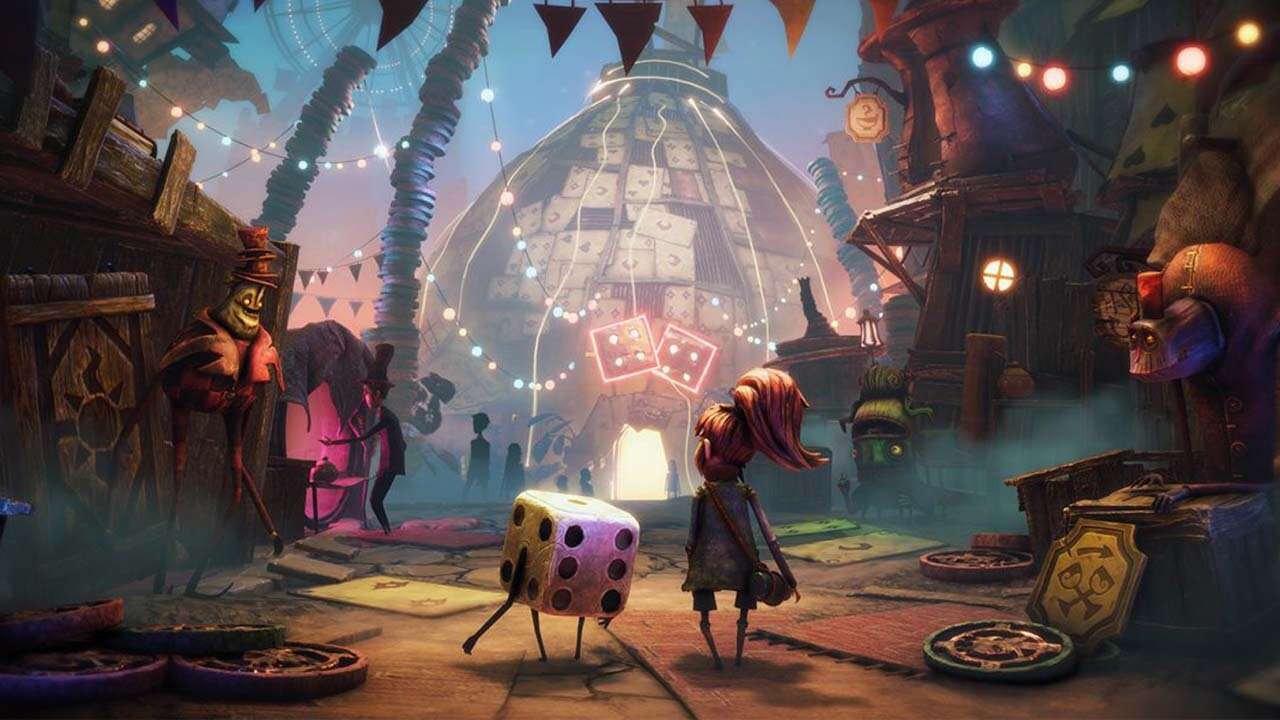 Lost in Random makes a poor first impression. The overly dark and dreary opening areas are disjointed, rushing through the setup in a confusing and off-putting manner. It feels like you’ve been dealt a dud hand. Persist, though, and the cards start falling into place. The deck-building strategic layer gradually settles until it successfully blends with the core action of the combat, and the world eventually reveals a much more interesting, brighter, more colorful and character-filled side. Lost in Random overcomes a rocky start to tell a genuinely affecting tale of friendship, sibling bonds, and the cruelty of inequality.

The world of Random is ruled by a capricious Queen who determines the fates of her subjects with a roll of the dice. Ones are left to labor in the working-class slums while Sixers are whisked off to the Queen’s castle in the clouds, their newfound societal elevation relieving them of the burden of ever again interacting with the poor. Even is a young girl living in Onecroft when her older sister, Odd, rolls a six and they become separated. Even is rightly suspicious of the Queen and so sets out to rescue her sister.

Even quickly recruits a companion, Dicey, and learns how to fight by playing cards and rolling a dice–and yes, before you say anything, the game uses “dice” not as a plural but as a singular. Combat is the heart of this action-adventure, and it takes a bit of getting used to. Even can’t attack enemies without first playing a card that grants her an ability, but to be able to play a card at all she must first collect enough crystals to be dealt one. When she has cards up to a full hand of five she can roll Dicey and play a number of cards equal to the number on the dice. What at first feels like a lot of unnecessary complications soon comes together to offer plenty of clever tactical and strategic choices.