The rate at which machine translation improves is used to predict when the technological singularity will happen. 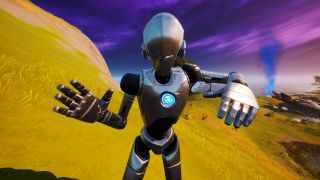 It’s clear that artificial intelligence is developing at an incredible rate. As we speak, algorithms across the globe are writing code to better themselves. And though we marvel at the rate of machine learning innovation today, a technological singularity may be closer than we ever anticipated.

That’s according to AI translation startup, Translated, which has been studying how artificial intelligence approaches language models, in order to predict how fast we’re hurtling toward a tech singularity (Translated (opens in new tab), via Popular Mechanics (opens in new tab)).

So we’re all on the same page, a technological singularity describes the moment after which technology will begin to replicate itself uncontrollably. It’s the point at which sci-fi writers and scientists alike conclude that the human race will become essentially obsolete. In the same way a black hole’s event horizon obscures a singularity in physics, it’s been notoriously difficult to predict when and where the exact technological singularity might occur, or even what it could look like.

Watching AI evolve (opens in new tab) over the past year has been a rollercoaster, with a big fear being worker displacement across countless industries. When it comes to translation, the challenge is immense even for the best machine learning algorithms around.

We are approaching singularity in AI.

Having recognised that fact, Translated set about tracking and measuring the rate at which their translation algorithm’s Time to Edit metric (TTE) has improved over an eight year period. TTE is essentially the time it takes for a human editor to fix the AI’s translations. Comparing the TTE of its algorithm to that of human translations, the company noticed that the gap is slowly but surely closing.

With that trend in mind, the company concludes that since its AI is likely to match the level of a human translator within a decade, and the technological singularity is likely to follow.

“All of us understand that we are approaching singularity in AI”, says Translated CEO Marco Trombetti. “For the first time, we have been able to quantify the speed at which we are progressing toward it.”

While its true that modern tech is treading some serious Torment Nexus (opens in new tab) territory, there are thousands of facets to a technological singularity that must be considered. As such, it’s hard to say whether improvements in language models can predict a move past the AI event horizon.