The game will still be playable for owners, including online, for the foreseeable future. 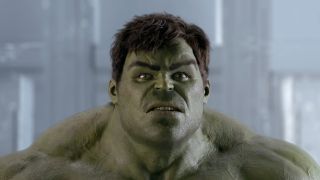 Publisher Square Enix was openly disappointed by the performance of Marvel’s Avengers, which released in the summer of 2020 to middling reviews. Two-and-a-half years later, the live service superhero game has seen its last content update, and it will stop being actively supported before the year’s out.

Avengers will get its last balancing update in March, according to a blog post (opens in new tab) from developer Crystal Dynamics (not currently loading due to high traffic). When Update 2.8 is pushed out on March 31, the studio will also close up the game’s cosmetics marketplace and convert players’ remaining credits into in-game resources.

Those premium cosmetics won’t become unobtainable, however, because Crystal Dynamics says it’s going to give every player all of them: “Every single Outfit, Takedown, Emote, and Nameplate from the Marketplace, Challenge Cards, and Shipments will be free for all players” starting March 31, according to the development team.

Then, on September 30, “official support” for Marvel’s Avengers will end, although that doesn’t mean that it’ll no longer be playable. Crystal Dynamics says that both the singleplayer and multiplayer modes will remain accessible to owners after September 30, at least until something big breaks.

“The changes we are making to how the game functions will ensure as long a life as possible,” says the studio. “However, after September 30, 2023 we can’t guarantee that we will be able to address issues that occur due to unforeseen circumstances.”

Non-owners, however, will be out of luck: Marvel’s Avengers will no longer be available for digital purchase after September 30. It’s on Game Pass, too, but the studio says that “all the changes discussed in this blog will apply to the Game Pass and PlayStation Plus Extra versions of the game as well,” which presumably means it’ll be removed from those services at the end of September. The Crystal Dynamics blog post contains additional specifics that’ll be relevant to Avengers players.

Back in 2021, we predicted that Marvel’s Avengers wouldn’t make it far, despite containing “some of Crystal Dynamics’ best work.” To be fair, though, the three years of support it’ll have had by the time September comes around isn’t bad for a game that was called disappointing by its publisher under a year after its release.

Last year, Square Enix sold Crystal Dynamics to Embracer Group along with Eidos-Montréal and Square Enix Montréal. The studio is currently working on a new Tomb Raider game, which will be published by Amazon.