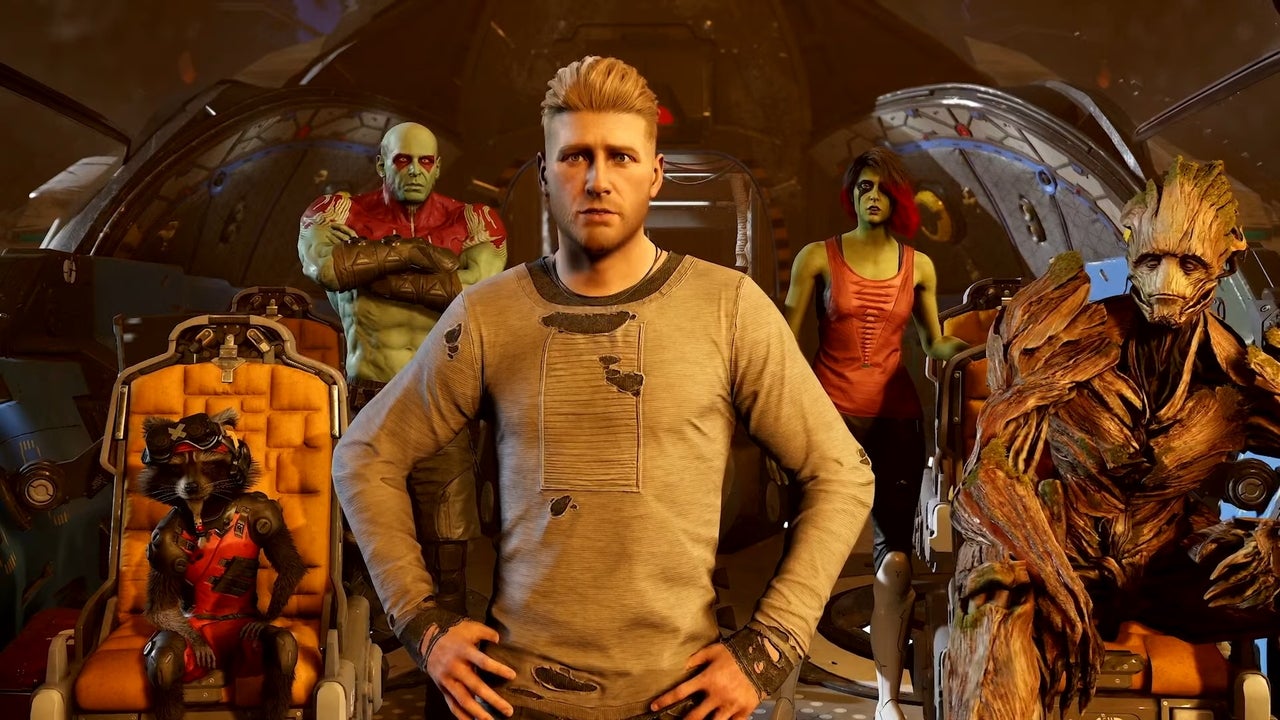 If you somehow haven’t gotten enough of a taste of what Marvel’s Guardians of the Galaxy will have to offer when it launches next month, today’s PlayStation Showcase delivered with yet another look at some of the humorous, snappy story moments coming up in the Guardians’ adventure.

The new trailer opens with the Grand Unifier, who we’ve seen in previous trailers, giving a dark, ominous speech before Star-Lord feigns a heart attack to, one can only presume, distract or throw him off balance, while Gamora shakes her head in exasperation. And it all goes silly from there.

We also get a look at Cosmo, a dog with superpowers, intelligence, and the ability to telepathically communicate, who has a prior relationship with the Guardians. There are more looks at combat (both on foot and in space!) and hints at some big dramatic moments.

Marvel’s Guardians of the Galaxy is still geared up for release on October 26 on PS4, PS5, Xbox One, Xbox Series X|S, PC, and Nintendo Switch via cloud, following its announcement earlier this year. We’ve already seen tons of the game so far, including a cinematic trailer centered around Grand Unifier Raker, and deep dives into changes to Star-Lord’s backstory.

Vampire: The Masquerade – Bloodhunt Coming to PS5 This Year

Call of Duty Vanguard May Already Be Facing...