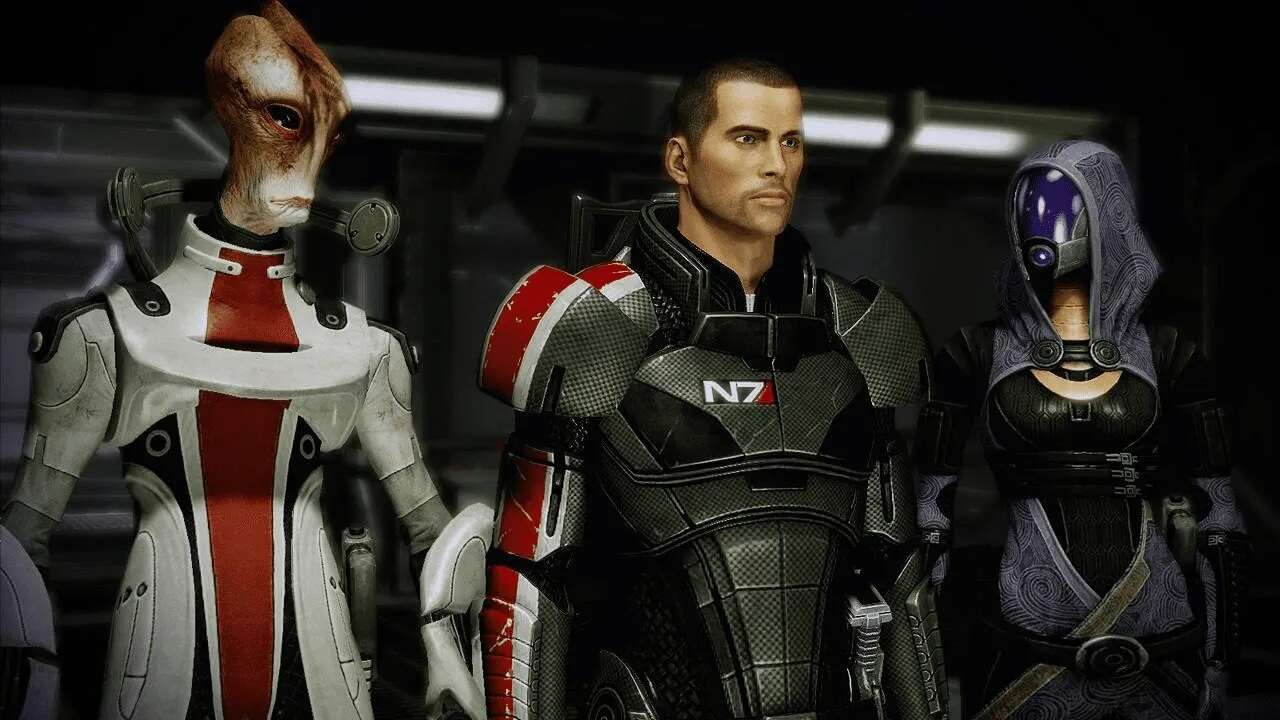 One of the most memorable features of the Mass Effect series has always been its morality system. Choice is a huge part of the Mass Effect series, and that’s true in Mass Effect: Legendary Edition as well. If you’re new to the series, though, you might not realize exactly how the morality system works. It toggles between two extremes: Paragon, a conversation-centric, merciful approach, and Renegade, a down-to-business, confrontational approach. And while it can be fun to change how your Commander Shepard approaches problems on a case-by-case basis, we’ve got some advice for you: Pick Paragon or Renegade and stick with it.

Your status as either Paragon or Renegade is determined by your choices throughout the game, whether it’s in dialogue with other characters or in how you choose to resolve conflicts and solve problems. In dialogue, Paragon choices are always on the top of the dialogue wheel, while Renegade choices are always on the bottom. As mentioned, these aren’t so much “good” or “bad”; more like “diplomatic” and “expedient.” The Paragon works with other people to try to make everyone happy, while the Renegade gets the job done no matter whose feathers it might ruffle.

As you make Paragon or Renegade choices, you’ll earn points for each side, which are tracked on the Squad screen for your character in all three games. It’s fully possible to collect both Paragon and Renegade points throughout the game, allowing what seems best in the moment to dictate how you talk with people or wrap up problems. However, there are a lot of things in the Mass Effect games that are dependent on you either being very Paragon or very Renegade. Often, it doesn’t matter which of the two extremes you hit, as long as you hit one of them. Being fully Paragon or fully Renegade (or at least pretty close) often opens up extra dialogue options and other content in the game.

It really does pay to commit to a certain approach, at least for one playthrough. If you don’t commit hard enough to Paragon or Renegade, you might miss out on certain story beats and options that can have devastating, wide-reaching effects on the story as it progresses. Without spoiling anything, for certain conflicts in the first Mass Effect, being hard Paragon or Renegade gives you access to important solutions; your choices during these moments can change all three games drastically. Trust us when we say you’re going to want those opportunities, and you might regret not having them.

So at least for one go through the Mass Effect universe, it’s better to be morally black or white, rather than a shade of gray. The options, solutions, missions, and relationships picking one path affords you opens up a lot in the three games you might otherwise miss.

Which side you choose, however, is up to you, and it’s worth keeping in mind what your gameplay experience might be like depending on your decisions. A Paragon player is going to have more opportunities to talk their way out of situations, minimize conflicts, and save lives–for better or for worse, as those choices might come back to haunt you later. Similarly, Renegade players are going to more often forego talking in favor of force, which is going to bring you into more straight fights–and could alter how the story flows when certain characters aren’t around to show up later. What kind of Mass Effect experience and story you want to experience is up to you.

While we’re here suggesting you stick to Paragon or Renegade (perhaps against your better judgment in the moment), it is worth noting that the Mass Effect trilogy does some great things with nuance. Sometimes, a situation will play out in an interesting way if you go against the grain with your choices and follow your gut. There’s even a list of rare scenes you can only get with certain gray area choices. But as mentioned, you’ll get the best experience with a strong moral compass (one way or the other) and the extra options it unlocks; trust us. Save the experiments for your second run.

Check out the rest of our Mass Effect: Legendary Edition guides and coverage, including our review in progress.

Smart Battery cases for the iPhone are over...