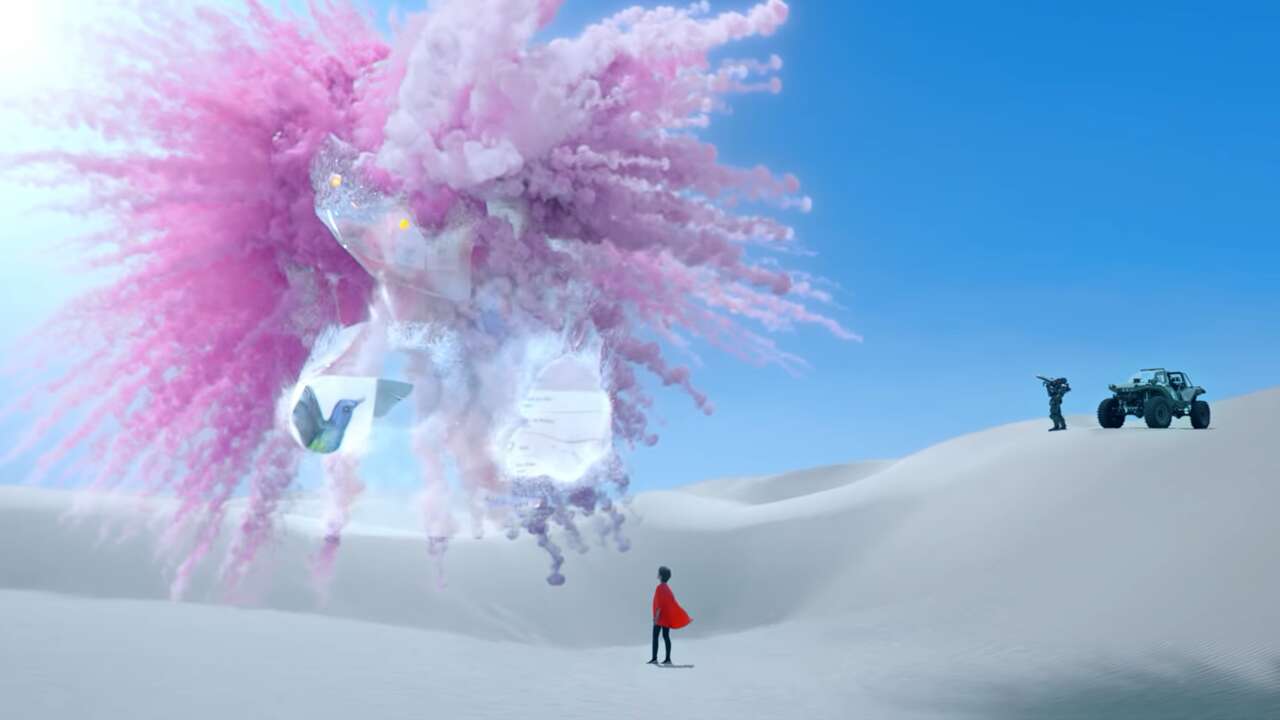 Master Chief isn’t just the mascot for Xbox anymore, as he takes a starring role in the latest commercial for Windows 11. It’s no surprise John 117 made an appearance either, as the new version of Windows, set to launch on October 5, will bring a suite of gaming features straight from the Xbox Series X|S.

In the commercial, an actress walks through a hallway lined with apps and selects Xbox Game Pass. She’s then brought to a white sand dune where a banshee is flying overhead. Master Chief pulls up nearby in a Warthog, hops out, and blows the banshee right out of the air with a rocket launcher, stoic as ever. However, instead of an Eliteflying out of the debris screaming, the smoke around the wreckage instead forms into the Windows 11 start screen.

Microsoft’s main focus in the commercial is the new additions coming with Windows 11, including built-in support for Microsoft Teams. However, anyone who uses their computer for gaming will also find some useful enhancements coming in the latest version of Windows.

Among other changes and improvements, Windows 11 will include auto HDR, which should automatically upgrade a game’s lighting and color to HDR as long as users have a monitor that supports it. Xbox Series X’s direct storage is also coming to Windows 11, a fancy bit of tech that enhances load times by bypassing a computer’s CPU.

Windows 10 users will be able to upgrade to Windows 11 for free come October 5. That being said, anyone who wants to upgrade to the mainline branch of Windows 11 needs to ensure that they have TPM 2.0, or Trusted Platform Module, enabled on their motherboard. Turning the feature on is as simple as changing an option in the motherboard’s BIOS.

Xbox Game Pass Gets Another New Game On Day One, Football Manager 22