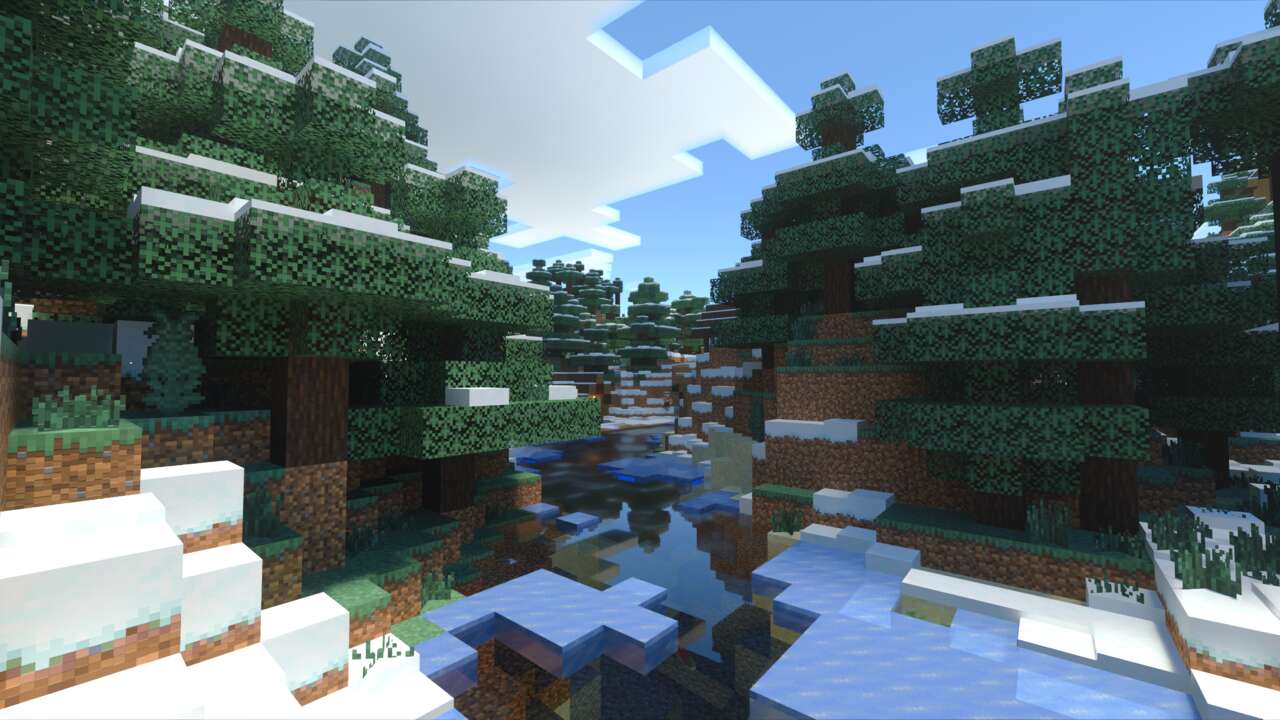 
Note: This guide focuses on the Bedrock version of Minecraft, available on Windows 10, Xbox, PlayStation, Switch, and mobile.

When Minecraft was new, there were just a few biomes to explore, and they were all pretty common. A decade later, there’s a lot more in the game, with some truly rare areas in the mix. This list of biomes reflects Minecraft as of version 1.17. The currently-upcoming 1.18 update will add new sub-biomes like lush caves, cheese caves, spaghetti caves, and more. Here are all the major Overworld biomes and what makes them stand out from each other, as well as some of the variant biomes that crop up between biome borders.

Here’s a rundown of the biomes you can find in the game, as well as their variants, and the notable resources you might uncover within them.

Plains are one of the most common biomes–even if you’ve never played Minecraft, you’ve probably seen a screenshot of plains. This biome is mostly flat, though it can have some trees as well.

Forests are as common as plains, and typically feature dense oak and birch trees and lakes. Forests are the only biome that can spawn wolves; tame these good boys with bones and they’ll stick with you and help protect your base. All common, non-biome-specific hostile mobs can spawn here. Rarely, you might find a lava pool, which can cause nearby trees to catch fire.

There are a number of different subtypes of forest.

Swamps are common, but dangerous. This dreary biome is relatively flat but dotted with gray-green patches of unusually-shallow water. Oak trees grow here, draped with vines, and this is the only biome where you’ll find lily pads and blue orchids.

Most importantly, though, this biome can spawn slimes above ground at night, and swamps can spawn witch huts.

Jungles are rare biomes that feature jungle trees that can grow as tall as 31 blocks, as well as very short trees built around a single block of jungle wood as a trunk. The jungle has quite a few biome-specific elements. For animals, you can find ocelots, parrots, and pandas, all of which generate exclusively in the jungle biome. You can also find rare jungle temples.

One of the more common variants is the bamboo jungle, which is significantly less dense in terms of trees, but with significantly more bamboo–one of the most easily renewable resources in the game, as well as part of scaffolding, which is a must-have for ambitious builders.

Deserts are exactly what you’re imagining–sand as far as the eye can see. There are generally no trees here, just dead bushes and cacti. Unlike other biomes, only rabbits spawn in the desert, and they’re a golden hue to match the desert around them. This biome also has its own hostile mob called the husk. The husk is a zombie-like mob that doesn’t burn in the sunlight and, if it successfully attacks you, will apply the Hunger status to you, rendering your food ineffective. Desert villages, wells, and pyramids/temples are also found in this biome. There is no rain or snow in desert biomes, even if it’s raining in a directly-adjacent biome that does allow rain.

This biome is pretty similar to the desert in that there’s little in the way of flora or fauna. Cacti and dead bushes spawn, and there are no passive mobs–not even those adorable desert rabbits. This biome is very rare, and usually bordered by a desert. Mineshafts are more common in these biomes, and gold is found more frequently than in other biomes, too. The primary blocks for this biome are terracotta and red sand, both of which can be found in great supply.

There are a few variants of the badlands biome. Eroded badlands generate with tall spikes of terracotta, seemingly meant to resemble the same sorts of structures found in Bryce Canyon in Utah.

Badlands plateaus are similar to standard badlands, except that the plateaus generate with a layer of dirt on top, complete with grass and trees.

As with desert biomes, don’t expect to find any rain or snow here.

Compared to deserts and badlands, Savannas are downright lush. This biome is covered in brown grass and acacia trees, which drop unique orange-colored wood. A variety of passive mobs, like llamas, horses, and cows can generate here, as well as villages and pillager outposts.

It’s like a desert, but for snow. Snowy tundra is typically very large, open, and empty–you’ll find trees here and there, but not many. What you will find are polar bears, which are exclusive to the biome, and white rabbits as well. Tundra also sports its own exclusive mob, the Stray, an icy skeleton with ranged and melee attacks that inflict slowness.

Ice spikes are a particularly rare biome, visually similar to eroded badlands, but with tall ice towers instead of terracotta. This biome is particularly bare, but if you find one, make sure to bookmark it with a map or coordinates, because you’re pretty unlikely to find another–even if it’s just to enjoy the sights.

Taiga forests are filled with regular and giant spruce trees, as well as ferns, thorny berry bushes, and mushrooms. Rabbits and wolves are common here; this also is the only biome where you can find foxes. Villages can spawn here, too. Depending on certain conditions, a taiga biome can generate snow and can be flat or mountainous. Giant taiga forests will feature larger spruce trees and podzol, a dirt variant, in place of normal dirt.

Oceans are the largest biome, and make up a large portion of the Minecraft Overworld. All oceans spawn at the same level. Ocean variants include deep ocean, frozen ocean, deep frozen ocean, cold ocean, lukewarm ocean, and warm ocean.

Oceans are as varied as they are deep. Warm oceans generate coral reefs and tons of aquatic life, including dolphins, pufferfish, tropical fish, and more. Deep ocean variants can spawn Ocean Monuments, which will let you fight guardians (a dangerous fish enemy) and collect sponges, which are a valuable tool for clearing out an underwater base. Shipwrecks also spawn in many of these biomes, giving the world a nice sense of history.

This biome is a weird one. Instead of regular dirt, this biome has mycelium, which grows mushrooms eagerly but nothing else–without a lot of work. The gray material gives off a spore-like particle effect, and giant mushrooms abound here. Mushroom fields are also the exclusive home of Mooshrooms, a cow variant that has sprouted mushrooms on its back. They’re cute until you find out that you can milk them into a bowl for mushroom stew. Yuck.