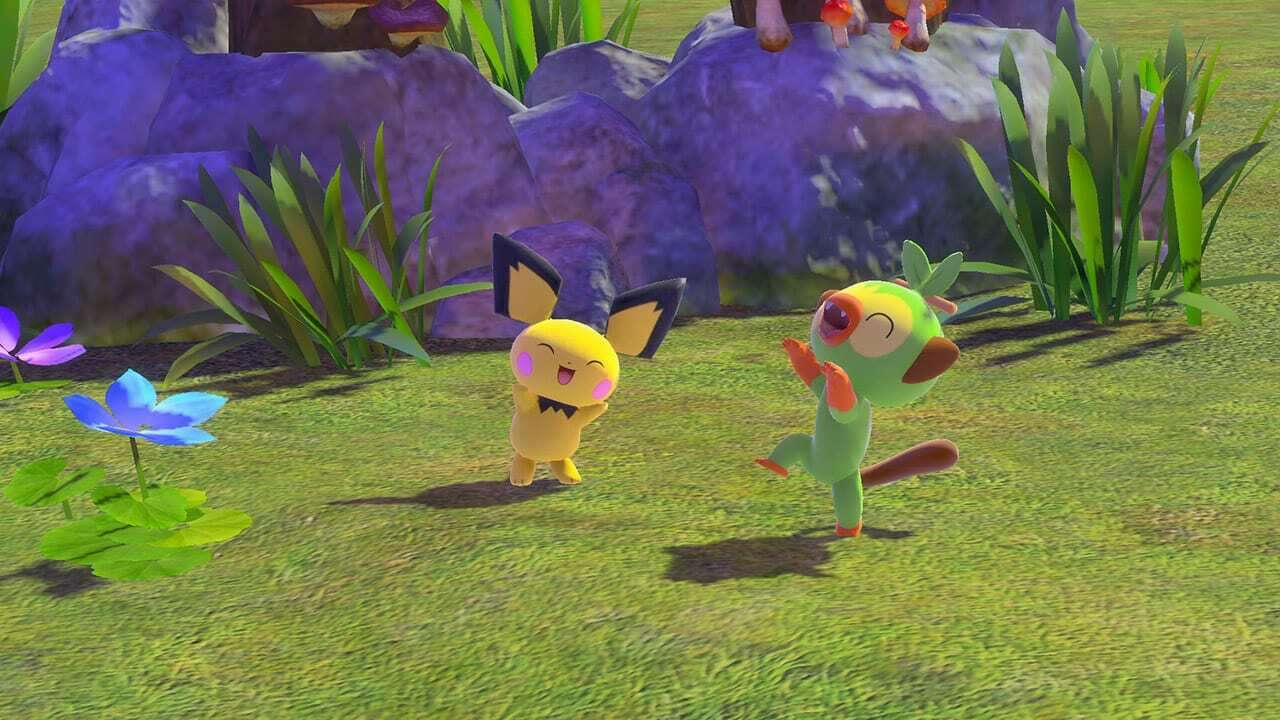 
At its heart, New Pokemon Snap is a game about discovery. As you travel about the different islands of the Lental region photographing Pokemon, you’ll need to use the various tools at your disposal to lure monsters out of hiding, encourage them to interact with each other, and uncover other rare photo opportunities.

For those unfamiliar with the original Nintendo 64 game, this can mean a lot of repetition. You’ll be playing through the same courses multiple times in order to snap better photos of Pokemon and increase your Research Level, which in turn will open new courses to explore and Pokemon to photograph. Moreover, the game can be cryptic; it’s often unclear how to access new islands or trigger certain Pokemon reactions, so you’ll need to experiment frequently to progress. If you ever find yourself at a loss for what to do or how to advance, here are some beginner’s tips to help you out in New Pokemon Snap.

Early on in your adventure, you’ll unlock the scan function–an entirely new mechanic for New Pokemon Snap. Pressing the X button will cause your camera to emit an electrical signal over the immediate area, which will mark the names of any nearby Pokemon and other objects of interest on your screen. This isn’t just a good way to see if any monsters are lurking out of sight; many Pokemon will also react to the signal and may even exhibit a special behavior you wouldn’t normally see.

On top of that, the scan function can reveal alternate routes in some islands. The game will often notify you when an alternate route or other object of interest is coming up, either via an on-screen prompt or a clue from the research team, giving you a clear hint of when to use the scanner. If you’re striving to snap the best photos you can, it’s a good idea to scan the environment often and see how the nearby Pokemon react, even if the game doesn’t prompt you to.

Use Fluffruit And Illumina Orbs On Every Pokemon

Shortly after you unlock the scan function, Professor Mirror will add fluffruits and Illumina Orbs to your arsenal, and both will be vital for photographing Pokemon. As in the original N64 game, you can attract a Pokemon’s attention by throwing a fluffruit near them, making it a handy way to lure some monsters out of hiding or get them into a clearer position for better photos. You can even use fluffruits to knock Pokemon off branches, causing them to react in new ways.

Illumina Orbs, meanwhile, will make a Pokemon glow. Not only does this help the monster stand out during nighttime photos, but many of them will exhibit different behaviors or reactions when they’re hit with an Illumina Orb. You will also add a music box to your arsenal later on, which will likewise cause some Pokemon to react in different ways, so be sure to experiment with all the tools at your disposal to see what works.

As you research the Lental region’s different islands, you’ll begin getting requests from the other members of your research team. These are essentially hints intended to help you snap four-star photos of Pokemon engaged in special behavior, but don’t feel compelled to complete all the requests as they come in. Requests have no bearing on your progress through the story, so if you’re focusing just on seeing the game to the end, it’s best not to get caught up completing requests right away. There’s an overwhelming number of requests to fulfill, and many are cryptic or can only be completed in higher Research Levels. Fortunately, requests aren’t time-sensitive, so you can always return to them after you’ve cleared the story, if you want to work on filling out your Photodex.

New Pokémon Snap – What To Do If You’re Stuck

Every island you visit in New Pokemon Snap has its own Research Level, and increasing this is the key to encountering new kinds of Pokemon and behaviors. After you’ve completed a run through one of the courses and returned to the lab, Professor Mirror will evaluate your photos. The scores he awards are then converted into Expedition Points, which go toward raising the island’s Research Level. This, in turn, will open up new photo opportunities on that island, from new Pokemon to never-before-seen interactions and even alternate routes.

What the game doesn’t outright tell you, however, is that you will need to raise an island to Research Level 2 to advance the story. This means you’ll need to replay a course multiple times to earn enough Expedition Points before you can progress. To level up quickly, be sure to take pictures of Pokemon you’ve already photographed, even if they’re in the same positions as before. While you may not add new pictures to your Photodex, you’ll still rack up Expedition Points, which will help you raise that island’s Research Level and advance the story forward.

Don’t Hesitate To Move On To Different Islands

It can often be tempting to replay a course until you’ve maxed out its Research Level, but it’s a good idea to move on to new islands as you unlock them, rather than focusing on 100% completing each. After you’ve hit Research Level 2, you’ll need considerably more Expedition Points to increase that area’s Research Level further, so it’ll require even more replays to level it up again. What’s more, story progress is generally dependent on moving on to the next island, so it’s a good idea to keep moving forward. If you feel like you’re hitting a wall or struggling to make headway, move on to another level and come back later. This will help cut down on frustration and keep the grind feeling manageable.

New Pokemon Snap is out exclusively on Nintendo Switch. We’ve put together a few other guides to help you out, including the , , and .

Updating an Apple Watch Series 3 is a nightmare in 2021

Phil Spencer “Hasn’t Given Up” on xCloud for Other Consoles