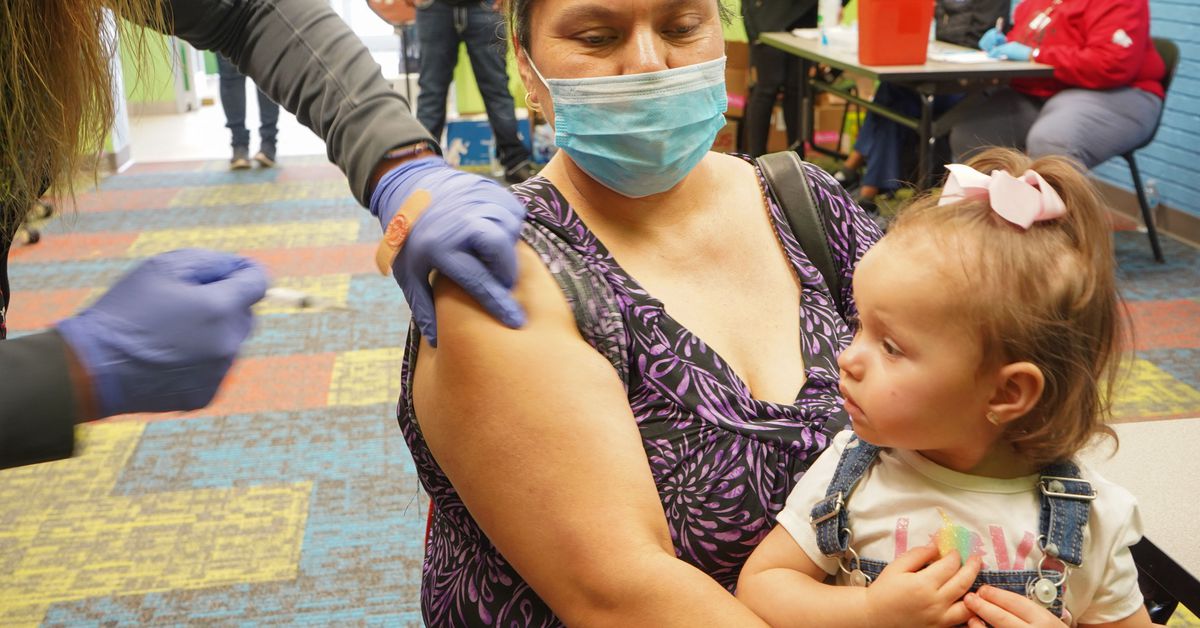 
If you’re one of the few thousand people heading to see the Milwaukee Bucks play the Brooklyn Nets on Sunday, May 2nd, you have a chance to get a very special souvenir during the game — your first dose of a Pfizer/BioNTech vaccine. The unusual vaccination drive is part of a host of new efforts across the US to get people their shots, whether that’s by bribing them with savings bonds in West Virginia or hosting vaccine clinics at professional basketball games in Wisconsin.

In the US, vaccine supplies are high, but demand is starting to taper off, as my colleague Nicole Wetsman wrote last week. That means that people are getting a lot more creative about ways to convince people to get their shots. You know, in case the free beer, free doughnuts, and the chance to be protected against a virus that’s disrupted the world aren’t quite enough.

Some places are hoping that money will help sweeten the deal. West Virginians between the ages of 16 and 35 who get vaccinated will be eligible to receive a $100 savings bond from the government. It would cost the government about $27.5 million to give those savings bonds to all 380,000 eligible young people in the state. That’s a lot, but only about half of what the state has spent on COVID-19 testing in the past year.

“It would be such a drop in the bucket compared to the ungodly amount of money we’re spending right now,”

“It would be such a drop in the bucket compared to the ungodly amount of money we’re spending right now,” Governor Jim Justice told The Washington Post. The state is trying to get at least 70 percent of its eligible population vaccinated. More than 78 percent of West Virginia residents older than 65 have gotten their shot, but other age groups are lagging. That’s why the savings bonds are focused on younger people, who are less likely to have gotten the vaccine.

“Our kids today probably don’t really realize just how important they are in shutting this thing down,” Justice said in a press conference. “I’m trying to come up with a way that’s truly going to motivate them – and us – to get over the hump.”

West Virginia isn’t alone in considering financial benefits to improve vaccination rates. Grocery chain Kroeger is offering its employees $100 to get vaccinated. Several colleges and universities are offering gift cards, or other financial incentives to their students if they get vaccinated. For some people who have been watching the course of the pandemic, the fact that so many groups are resorting to those measures is pretty depressing.

“The fact that we as a country have to beg or pay or bribe people right now to take this lifesaving vaccine, the optics are awful internationally. We look like a nation of adolescents, especially at a time when India, Africa and most of the world are clamoring for more vaccine supply,” Peter Hotez told The Washington Post this week. Hotez, a vaccine expert at Baylor College of Medicine, thought the promotions were good ideas but found it unfortunate that they would be needed at all.

It may be unfortunate, but it’s a strategy that has been shown to work before. In the 1950s, efforts to get teens vaccinated focused on similar exclusive benefits — among other promotions, dances called ‘Salk Hops’ were only open to people who had gotten the polio vaccine. More recently, flu vaccinations increased significantly on campus when students were offered $30 to get a shot, according to a paper authored by economist Erin Bronchetti in 2015. The same could hold true today, with a different vaccine.

“A financial incentive is helping to compensate people — students, in this case — for the benefit that they’re providing for their society or their college campus by getting vaccinated,” Bronchetti told Inside Higher Ed in April. “In that way, a financial incentive for vaccination seems like a perfectly ethical and fair thing to do. It’s rewarding people for this contribution to the public good.”

Enticements are still outliers in the vaccine drive, and many more groups are taking approaches similar to the Milwaukee Health Department and their partnership with the Bucks. They’re more focused on making vaccines as accessible as possible by meeting people where they are; setting up mobile vaccine drives to take the vaccines into people’s homes, their neighborhoods, or even to a basketball game.

As of this week, 100 million people in the US are fully vaccinated, and more than 1.13 billion shots have been given around the world. That’s pretty incredible for just five months since the first public rollout. But there are still billions more people to vaccinate. It will take everything we’ve got — more supplies, more money, and more creativity — to give everyone at least a chance at vaccination.

Here’s what else is happening this week.

The UK’s Recovery Trial was a massive effort to find existing drugs that could treat COVID-19. Incredibly, it worked. The story is part of Vox’s ongoing Pandemic Playbook, a series that looks at how countries both succeeded and failed during the pandemic. (Dylan Scott/Vox)

“Animals’ health is ours, ours is theirs, theirs is ours.” Maggie Koerth writes. As the pandemic continues, scientists are trying to figure out what animals might be in danger of catching SARS-CoV-2 from humans. This is a fascinating read into a process called ‘reverse zoonosis’ and the scientists who are trying to balance the risks of transmission with the need for research. (Maggie Koerth/FiveThirtyEight)

How Pfizer Makes Its Covid-19 Vaccine

This is a visual journey through the vaccine manufacturing process, starting with the bacteria that produce DNA containing coronavirus genes, making its way through a rigorous testing process, and ending up with the finished vaccine getting shipped out and administered. (Emma Cott, Elliot deBruyn and Jonathan Corum/ The New York Times)

India is dealing with a horrifying surge in both cases and deaths. The US has agreed to send 60 million doses of COVID-19 vaccines to countries around the world, including India, but much more will need to be done to stem the tide of the pandemic there. (Dan Vergano/BuzzFeed News)

COVID-19 vaccinations are keeping older Americans out of hospitals

New research from the CDC shows that vaccines are already working well. For people over 65, a full course of either the Pfizer or Moderna vaccines has reduced the risk of hospitalization by 94 percent. Johnson & Johnson, which was approved later, was not included in this particular study. (Nicole Wetsman/The Verge)

Many people adopted a pet during the COVID-19 pandemic. My wife and I just lost one.

Jay Peters writes movingly about the experience of grief during a pandemic for The Verge.

“It was like being back in normality, but it gave you a false sense of what was going on in the world…It was as if Covid hadn’t happened.”

Albert Stagnetto talks to The Wall Street Journal about the experience of having dinner with his extended family again after COVID-19 restrictions were lifted in Gibraltar.

It wasn’t the first time I saw someone die in front of me but this one stung the most. I was conflicted about taking the dead man’s photo, but then I told myself I’m a journalist and must do my job. I haven’t been able to sleep much since that day. When you come back home from witnessing death and dread, what do you do? I have images of dead bodies, crematoriums and burial grounds playing in my head all day.

To the people who have received the 1.13 billion vaccine doses distributed so far — thank you.

To the more than 151,481,961 people worldwide who have tested positive, may your road to recovery be smooth.

Call Of Duty: Warzone Players Get Free Skin After Hunt For Adler Issues