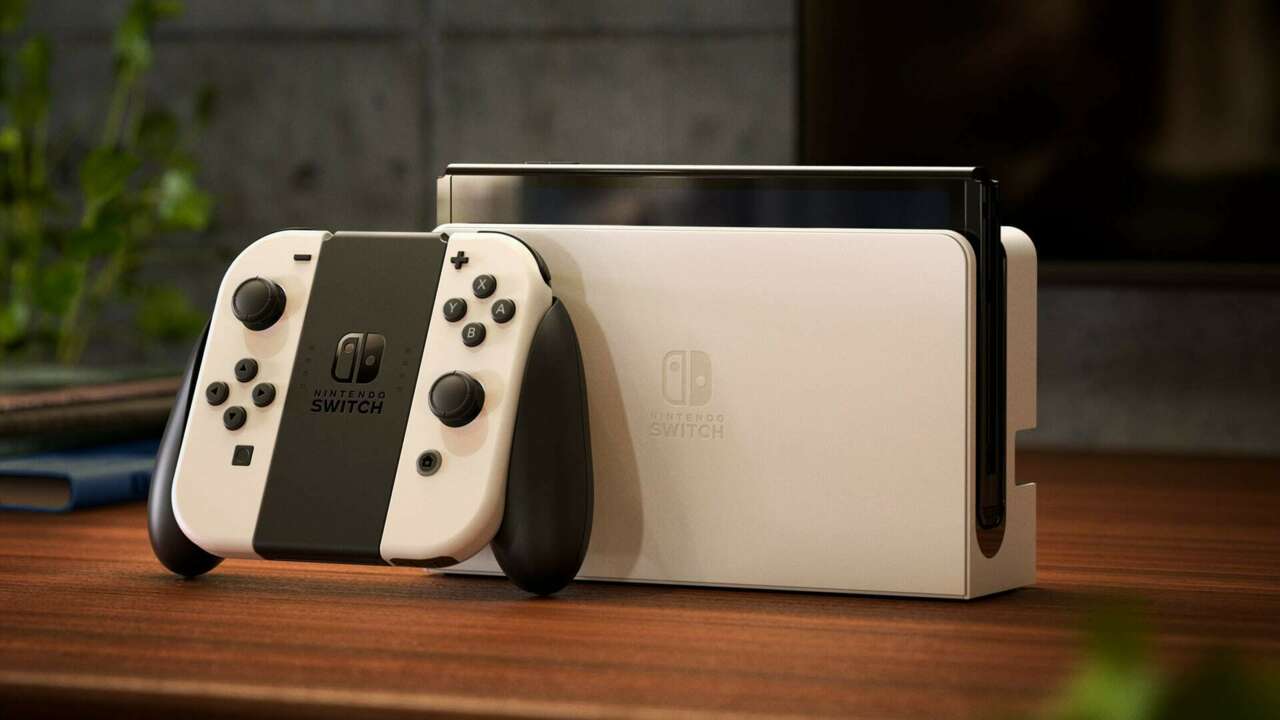 
Nintendo handhelds have thrived on their iterations. The jump from the Game Boy to the Game Boy Color was immense. The backlit screen and clamshell design made the Game Boy Advance SP a significant improvement over the original GBA. The DS Lite slimmed down the awkwardly shaped DS, while the DSi XL and 3DS XL added some much desired screen real estate to their respective models.

Even with the iterative nature of Nintendo’s handhelds, skepticism around the Nintendo Switch OLED is understandable since it’s a console that is riffing on arguably the best piece of hardware Nintendo has ever made with seemingly minor improvements. But the Nintendo Switch OLED is a marked improvement over the original and Switch Lite. If you play a lot in handheld mode, the OLED model is a surprisingly huge upgrade. And if you don’t play your Switch in handheld mode often, the Switch OLED’s new screen is impressive enough that it could change that.

Yes, the gone but never forgotten PS Vita beat Nintendo to the OLED punch nearly a decade ago, but the Switch OLED has the best display on any dedicated handheld gaming device… ever. It starts with the design itself. Though the system is only a fraction of an inch larger than the standard Switch, it offers nearly an entire extra inch of screen real estate at an even seven inches. With significantly slimmer bezels, the OLED’s screen gives off the illusion of being far more spacious than its predecessor.

This presentational trick, if you want to call it that, is even more evident when you’re playing games. I tested Metroid Dread, The Legend of Zelda: Breath of the Wild, Super Mario Odyssey, Mario Kart 8 Deluxe, and several other games on the Switch OLED, and each one looked brilliant on the new display. Brighter, more vivid colors make a huge difference, especially when playing games with harsher color tones in spots. It makes sense that Metroid Dread is releasing alongside the OLED, as a side-scrolling Metroid game feels at home in handheld mode, and it looks absolutely gorgeous on the OLED display.

While testing the OLED model, I often compared the display to the original Switch, and the difference was striking. After playing for a few hours in a row on the Switch OLED, I switched over to my launch Switch console and found that it took a bit of time for my eyes to adjust to the duller tones. I say this as someone who would’ve put the launch version of the Switch at the top of my list for the best gaming console ever made. The Switch OLED, in a matter of hours, turned me into a believer that this literally surface level upgrade is a game-changer.

The most impressive aspect of the OLED display actually isn’t how it compares to the original Switch’s screen; it’s how it looks compared to TVs. Unless you have a 4K OLED TV, chances are that the Switch OLED will boast a more vibrant picture on its display than your TV is capable of. Granted, I have a mid-tier 4K LED TV, but the average person isn’t likely to have a high-end OLED TV. In effect, the Switch OLED could encourage players to ditch docked mode for handheld mode more often, provided that frame rate and overall performance is the same (which is not always the case on the original Switch). I greatly preferred playing Metroid Dread in handheld mode because of the screen’s increased clarity and more colorful picture compared to my TV.

The Switch OLED’s largest improvement is in its name, but Nintendo also made some welcome additions elsewhere. The dock is wider and more aesthetically pleasing thanks to rounded edges on the top. The back panel that houses the ports pops off instead of having a hinged flap. This is where you’ll find another notable addition: an ethernet port. It’s still rather baffling that the original Switch didn’t ship with a LAN port, forcing users to buy third-party adapters instead. The added port unsurprisingly makes a huge difference for download speeds and will likely provide a more stable online gaming connection for most users. That said, the Nintendo Switch’s online performance troubles may stem from factors that go beyond individual Wi-Fi connections.

I can count the number of times on one hand that I’ve ever used the original Switch’s flimsy kickstand for tabletop mode. The small piece of plastic that propped up the original Switch to play multiplayer without a TV wasn’t ideal, but the OLED fixes this with a wide-hinged stand that spans the entire back panel of the console. It’s sturdy and can be placed at multiple angles; critically, it doesn’t feel as if it will snap just from messing with it. Though a smaller detail, the back panel has a slightly rough finish to it, and so far it seems less prone to those “scratch” marks that popped up on my original Switch not long after getting it.

The OLED also doubles the onboard storage from 32GB to 64GB. It’s a nice improvement, but those who game on Switch a lot will still need to expand their storage space via microSD. Since microSD cards are so cheap anyway, there’s no reason to consider the increased storage space as a real selling point; it’s more of a little bonus.

While the OLED model sticks with stereo speakers, audio is sharper and louder than before. It’s not a massive improvement, but it’s certainly noticeable when playing with the volume cranked up. For portable play, you’re still better off using a pair of nice headphones, but it’s a noteworthy upgrade for tabletop mode.

Where it’s the same

It’s important to stress that the internals of the system are exactly the same as the standard Switch. It has the same chipset, so overall performance between Switch models doesn’t differ. I compared load times to make sure, but nothing runs faster or smoother on the OLED. The console has the same port layout on top with the power button, volume controls, headphone jack, and game card slot positioned from left to right, respectively, and the microSD card slot is still located beneath the kickstand.

The Switch OLED’s battery is the same as the upgraded model that launched in 2019. It’s graded to last for 4.5 to 9 hours on a single charge. I played Metroid Dread for over five hours between charges, but battery life is still dependent on the games and apps you’re using on your Switch. If you still have a launch model Switch or Switch Lite, the increased battery life is another welcome upgrade to consider.

It’s worth noting that Nintendo hasn’t updated the Joy-Cons for the OLED model, so they are still susceptible to Joy-Con drift. I’ve only tested the console for around 25 hours, so I haven’t experienced any drift (and surprisingly never have with any Joy-Cons). This also means that the OLED is compatible with all existing Joy-Con controllers, including third-party attachments like the Hori Split Pad Pro, which I personally tested with the OLED model.

The Switch OLED is fairly pricey at $350, especially if you already own a Switch console that works just fine. There are some hidden costs here, too. For starters, you’ll probably want to grab a set of screen protectors to protect your shiny new display. While many Nintendo Switch cases will fit the OLED model, form-fitting designs will likely need to be replaced. If you use a grip to make the Switch more ergonomic in handheld mode, you’ll likely need a new one at some point. Rigid plastic grips won’t fit the OLED at all (not a surprise), and flexible silicone models (like the one I have) are a tight squeeze and make the ports on top of the console inaccessible.

The Nintendo Switch OLED is a more impressive redesign than you’d probably expect. The greatly improved display makes playing the Switch in handheld mode even more of a joy, and the other quality-of-life upgrades, particularly the retooling of the dock and the kickstand, offer nice features that will be appreciated by many. If you’re looking to buy a Nintendo Switch for the first time, you should absolutely go for the OLED model if you can. And for Nintendo fans who are wondering if the display is worth shelling out $350, it depends how much you value handheld mode. The Switch OLED is another iteration on a piece of Nintendo hardware that I didn’t know I needed until I got it in my hands for the first time.

About the author: Steven Petite tested the Switch OLED, mainly in handheld mode, for about 25 hours. He is now trying to convince his wife that he needs an OLED TV. Nintendo provided a sample of the Switch OLED for review.