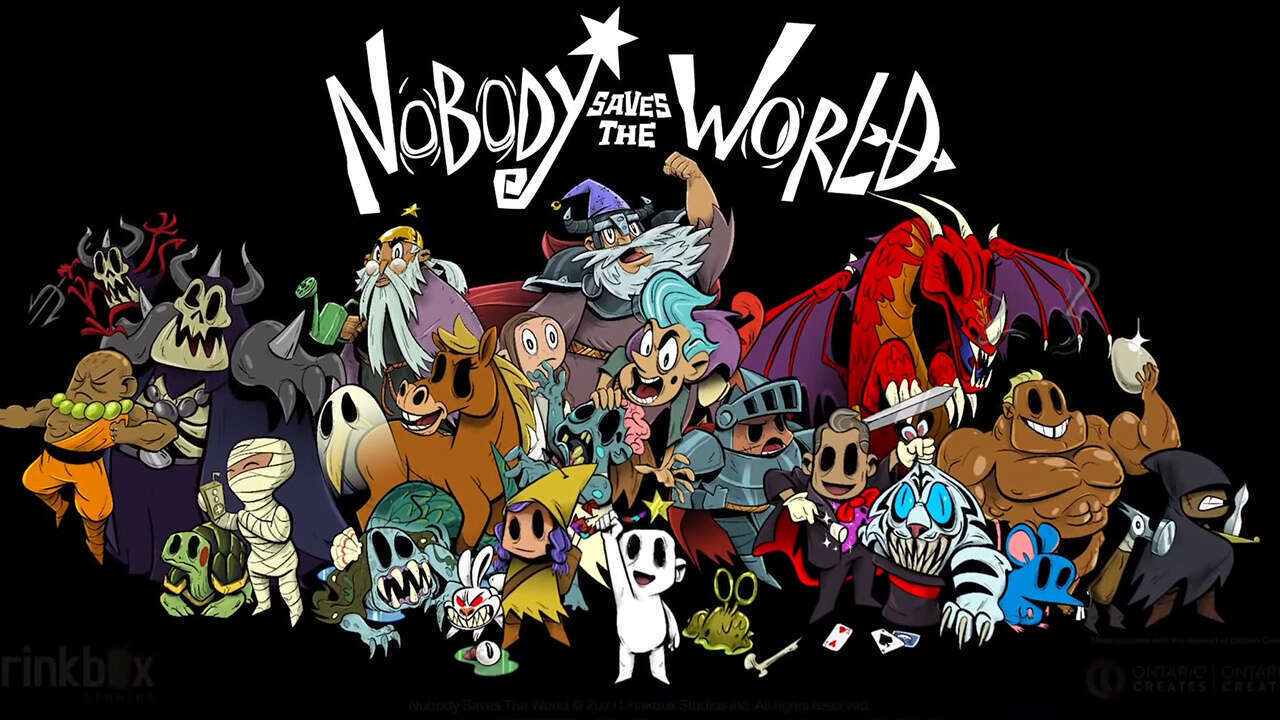 Action-RPG Nobody Saves the World has a release date now, and it’s much closer than you think. The game from Guacamelee studio Drinkbox is coming to PC and Xbox One on January 18, and Xbox Series X | S. If you are an Xbox Game Pass subscriber on PC or consoles, you will have this release day as part of the subscription.

The date was announced in a trailer that featured a unique cartoon-crappy art style, with lots of gameplay and some story content. Nobody Saves the World is an adventure game like Top Down Zelda. You play as a unique person who can transform into different shapes, each with their own unique abilities to travel the world and engage in combat. Each form has its own set of challenges and upgrade trees, and you can combine and match your abilities and loadouts.

A demo ID for Nobody Saves the World was released as part of the Xbox Winter Game Fest, which lets you sample some of the shapes, such as Poisonous Mice or Hulking Night. New release date trailers show even more features, such as Stage Wizard and Automaton. It also has collaborative features, so you have two knobs that are running around changing shapes to solve puzzles and battle scenarios.

January has just begun and it has already been a big month for game pass announcements. Earlier, Microsoft announced that the first half of the month would include heavy hitters such as the Mass Effect Legendary Edition and Spelunky 2, and Ubisoft announced that the Rainbow Six Extraction would come along with the game pass in a day. These new additions will include a handful of games as well as cycling outs.