I have desperately wanted a Cyberpunk 2077 Hearts of Stone for two years. 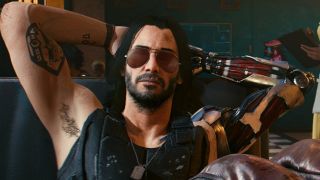 CDPR has an excellent track record of post-launch additions to its games. The enhanced editions of The Witchers aside, The Witcher 3’s Hearts of Stone and Blood and Wine remain a high water mark for videogame expansion packs. That latter DLC especially is a tough act to follow, a $20 add-on that included an entirely new open world zone, Gwent faction, and substantial main quest line.

After Cyberpunk 2077’s long marketing cycle and subsequent blowback, CDPR’s been keeping its cards close to the chest, but I’d be thrilled even if Phantom Liberty was something more in-between Hearts of Stone and Blood and Wine in scope. That first expansion remains my personal favorite of the two, boasting inventive multipart quests, a fascinating story, and one of the best villains I’ve ever seen in a game. Night City has plenty of under-utilized real estate that could benefit from new quests and characters as well⁠—there’s not really a need here for an all-new zone.

Full voice acting from Idris Elba and Keanu Reeves definitely goes some of the way toward explaining Phantom Liberty’s expanded budget, and games are just taking more time and money to make in general these days. I’ve got high hopes for Phantom Liberty though, I want it to take after Hearts of Stone in showing off CDPR’s capacity for weird, thoughtful, and surprising storytelling, and I’m not the only one (opens in new tab).