Gear up for games like Halo: The Master Chief Collection coming soon to PC. 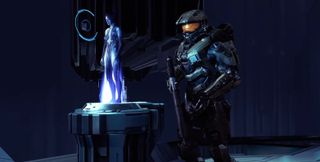 If you primarily game on PC but are curious about what the Xbox One has to offer, Microsoft’s latest deal is just for you.

Right now, the Microsoft Store has its Xbox Game Pass Ultimate monthly subscription for just $1 (opens in new tab), $14 off the regular price of $14.99. If you’ve been considering jumping on board to access a treasure trove of Xbox One titles on PC, now’s a great time to do so.

Your new Xbox Game Pass Ultimate subscription will net you Xbox Live Gold as well as access to the various title available for Windows 10 users, including games like Sea of Thieves, Gears of War 4, Hellblade: Senua’s Sacrifice, and more.

With a cavalcade of new Xbox One titles hitting the service later this year and beyond, now’s a great time to sign up and breeze through the multitude of games available to you.

Halo: The Master Chief Collection is expected to see its first PC test next week, with Halo Insiders getting a chance to take it for a spin early. Soon, you’ll be able to play through the Halo series on PC, which is great news for anyone who’s missed out over the years.

You can also look forward to Gears 5, Bleeding Edge, Wasteland 3, and eventually Halo Infinite when those games debut, as they’ll be available the same day they release for anyone with Xbox Game Pass access.

You’ll have plenty of games at your disposal to choose from with this deal. Gear up to check out some of them by grabbing a new PC controller, and while you’re at it, pick up a new headset so you can hear all the action going on around you.

Some online stores give us a small cut if you buy something through one of our links. Read our affiliate policy for more info.