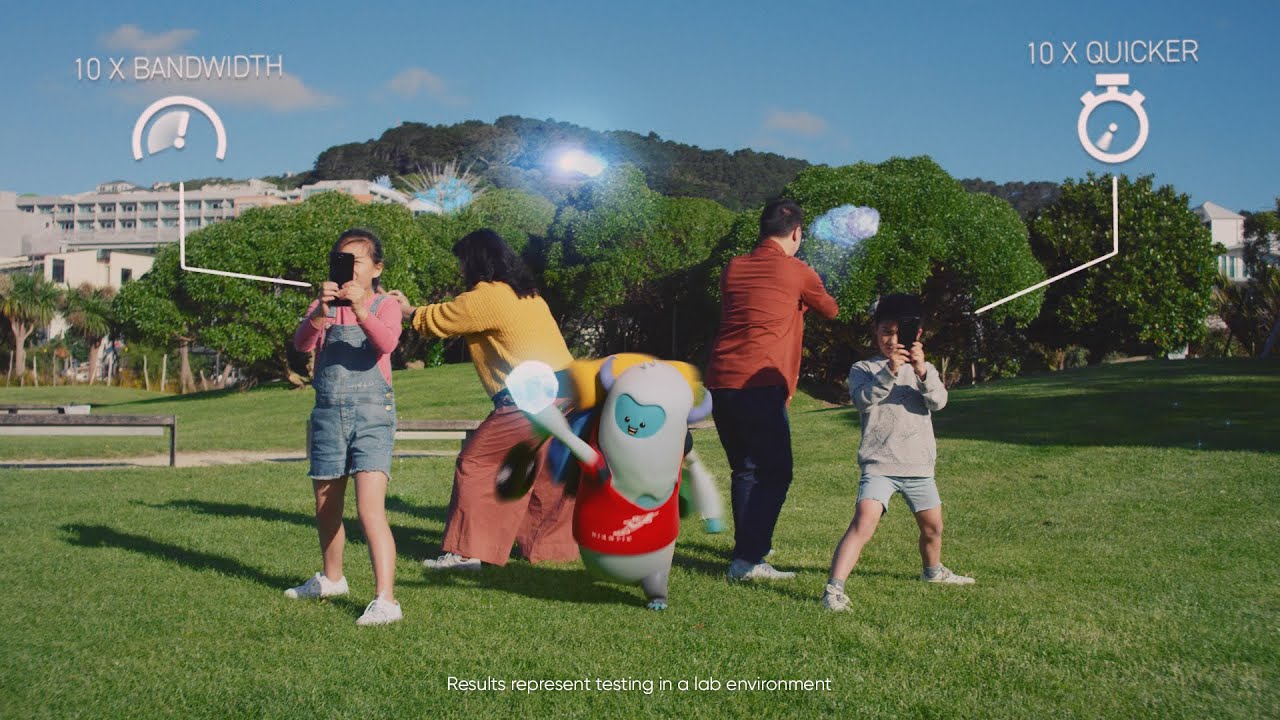 Pokemon Go developer Niantic is releasing a 5G-exclusive game demo called Codename: Urban Legends.The demo is part of Niantic’s strategy to build a “planet-scale AR platform”, according to a new blog post from the developer. Codename Urban Legends has been created to test what an immersive multiplayer experience would look like when it leverages 5G technology.

Codename: Urban Legends looks like a far more involved social augmented reality game than the likes of Pokemon Go. “5G multi-access edge computing (MEC) can handle up to 10x simultaneous players compared to 4G,” says Niantic. “This is just the beginning of how we can augment the world around us faster and experience adventures, together.”In Niantic’s video demonstration of Urban Legends, you can see a family simultaneously fighting monsters in a wide-open space, dodging projectiles and shooting at augmented creatures with their phones. This is what Niantic is calling “large-scale multiplayer on 5G.” The developer has partnered with Deutsche Telekom, Globe Telecom, and Verizon to network test and help realise the technology.

Have you played Ingress?

The game has been built on the platform that powers Niantic’s other games, like Pokemon Go and Ingress, and will use the “ultra-low latency and high bandwidth capabilities” of 5G to its advantage. “By teaming up, players cast magic spells to blast monsters and rescue mythical allies, including Doty, the original Niantic Explorer,” the blog post reads.

It’s not clear when players will be able to check out Codename: Urban Legends, but we’ll be sure to let you know when it’s available. However, Niantic has told The Verge that the game will be exclusive to its carrier partners when it releases.

Niantic CEO John Hanke recently teased an updated look at its augmented reality glasses design. For more on Niantic, check out our article covering the first details revealed about the new Pikmin augmented reality game, which has debuted in early access in Singapore.

Oculus will showcase a bunch of games, including...