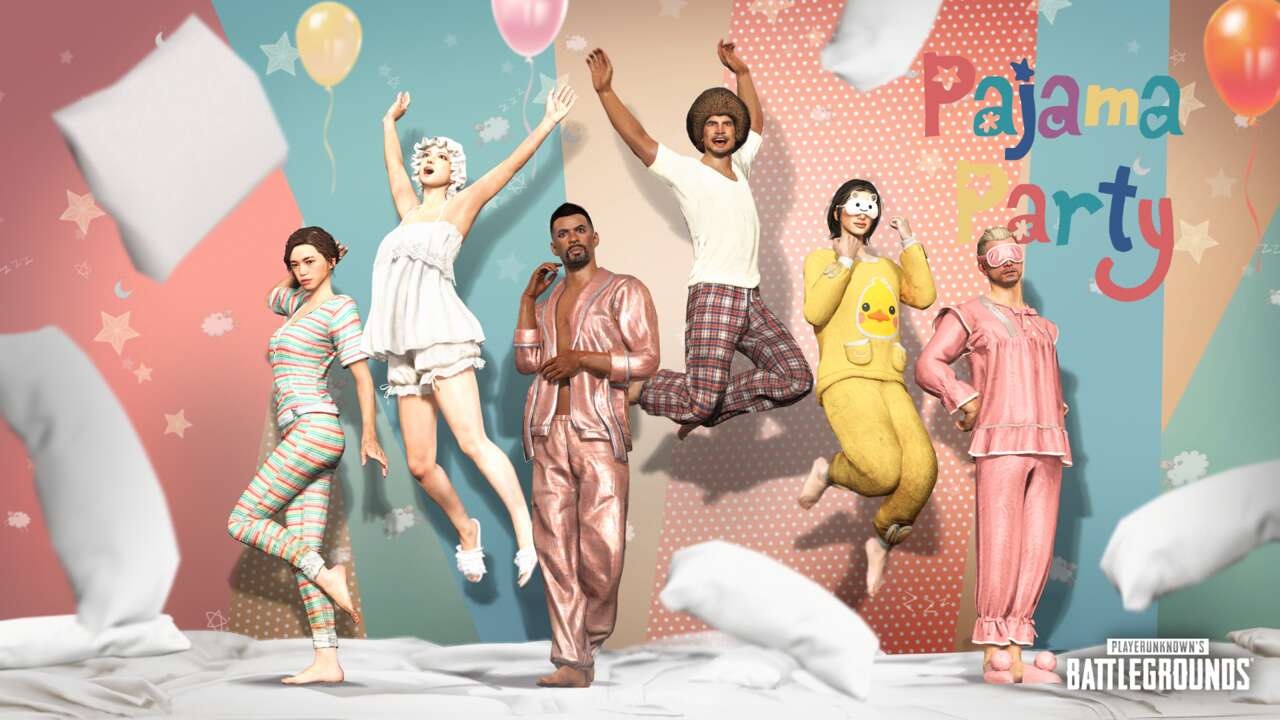 PUBG Update 11.2 Live On PC; Patch Notes Invite You To Get Cozy

“Cozy” probably isn’t the first word you think of when PUBG comes to mind–“guns”, “battle to the death”, and “explosives” are more likely–but in the latest patch, you can now don pajamas along with your friends with the new Survivor Pass that arrives with PUBG’s latest update. You can check out the patch notes at the bottom of this article; the update is live now on PC and is coming on May 6 to consoles.

PUBG Update 11.2 adds a Pajama Party Survivor Pass to let players switch things up with all manner of nightwear. You can acquire up to 30 awards by progressing through the pass, most of which are PJ-themed as shown off in the update video below.

Starting this past March, PUBG‘s live game features have been tweaked to decouple the cosmetic progression in Survivor Passes from the big content drops rolled out in seasons. Rather than paralleling the seasonal progression, Survivor Passes now run independently. The Pajama Party pass will be live until June 8.

In addition to the Survivor Pass, this update also includes an overhaul to two specific bridges on the Arangel map. Several structural features have been modified, including an addition of staircases and a repositioning of a dump truck. While these might seem like small changes, any geographic change on PUBG maps can have big ramifications for players who may have played these maps hundreds or thousands of times.

Finally, the patch includes a set of game balance changes, bug fixes, and other various improvements. These range from animated nameplates now available for purchase to game stability tweaks. You can see the full patch notes below.

The iconic bridges between Erangel mainland and Sosnovka Island have been given an upgrade.

The following items will be removed from the shop after maintenance on April 29.

Animated Nameplate animations will be active on following screens:

Animations are not active on the following screens:

Bundle and individual item prices are displayed below.

Bundle and individual item prices are displayed below.