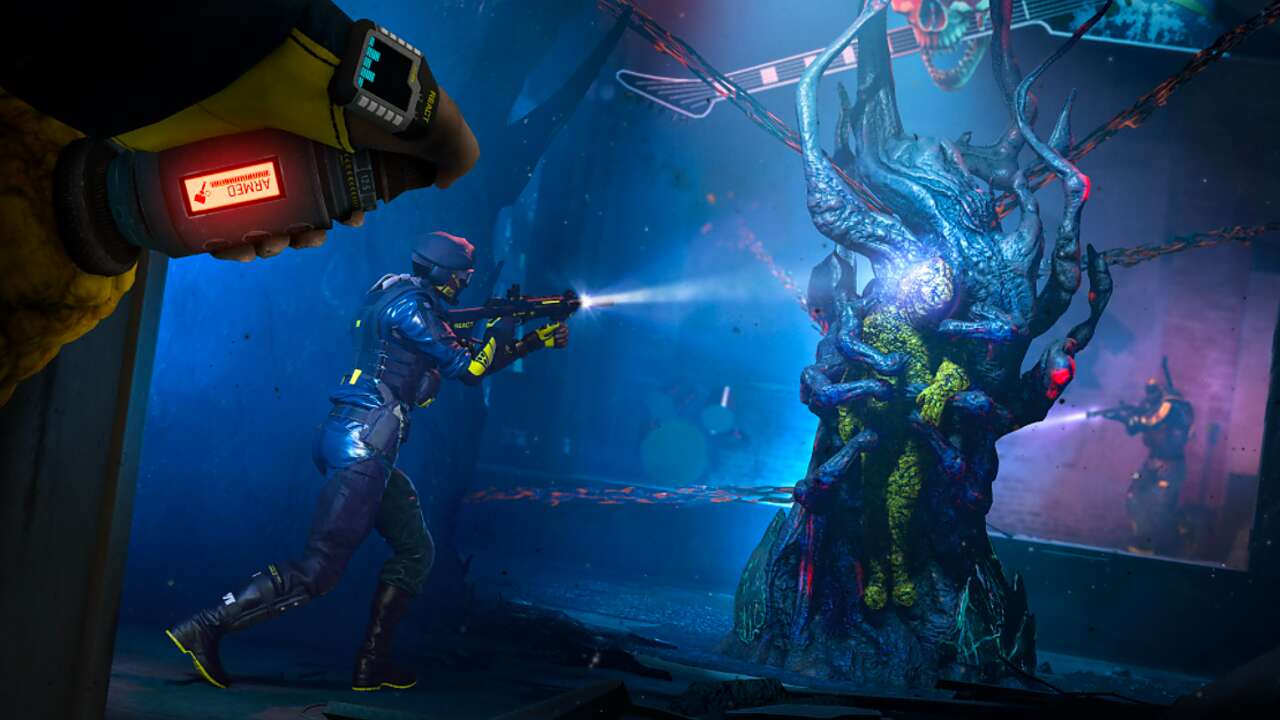 Ahead of its release later this month, Ubisoft released a new trailer for the cooperative multiplayer shooter Rainbow Six Extraction, breaking down some of the game’s established lore.

The trailer opens with some striking footage of the effect the Chimera parasite has had worldwide, with the threat’s black tendrils beheading the Statue of Liberty. In response, the Rainbow Six team has created a new unit called React to go out into the field and study the parasite and its evolving threat. Only in this way can React develop the tools necessary to reduce the threat and ultimately save humanity.

The trailer also offers a new look at two of the game’s special enemy types. The Lurker is an elite enemy that can make itself and nearby allies invisible, while the Apex can spawn smaller enemies onto the field and quickly overwhelm your team. As a member of React, you gain access to special weapons to combat these threats, each of which you must use strategically with your teammates to survive.

Rainbow Six Extraction launches on January 20th and comes to Xbox Game Pass for Xbox One, Xbox Series X|S and PC. Ubisoft has also announced plans to bring its own subscription service, Ubisoft+, to Xbox soon.

In our recent hands-on preview of Rainbow Six Extraction, editor Jordan Ramée praised the game’s overall gunplay, but lamented the lack of some of the elements that make Rainbow Six Siege’s maps so dynamic. as big as the one in Siege, but without an easy way to regularly tweak that environment to create new paths and sightlines, it loses what I find most satisfying about Siege’s gameplay.”