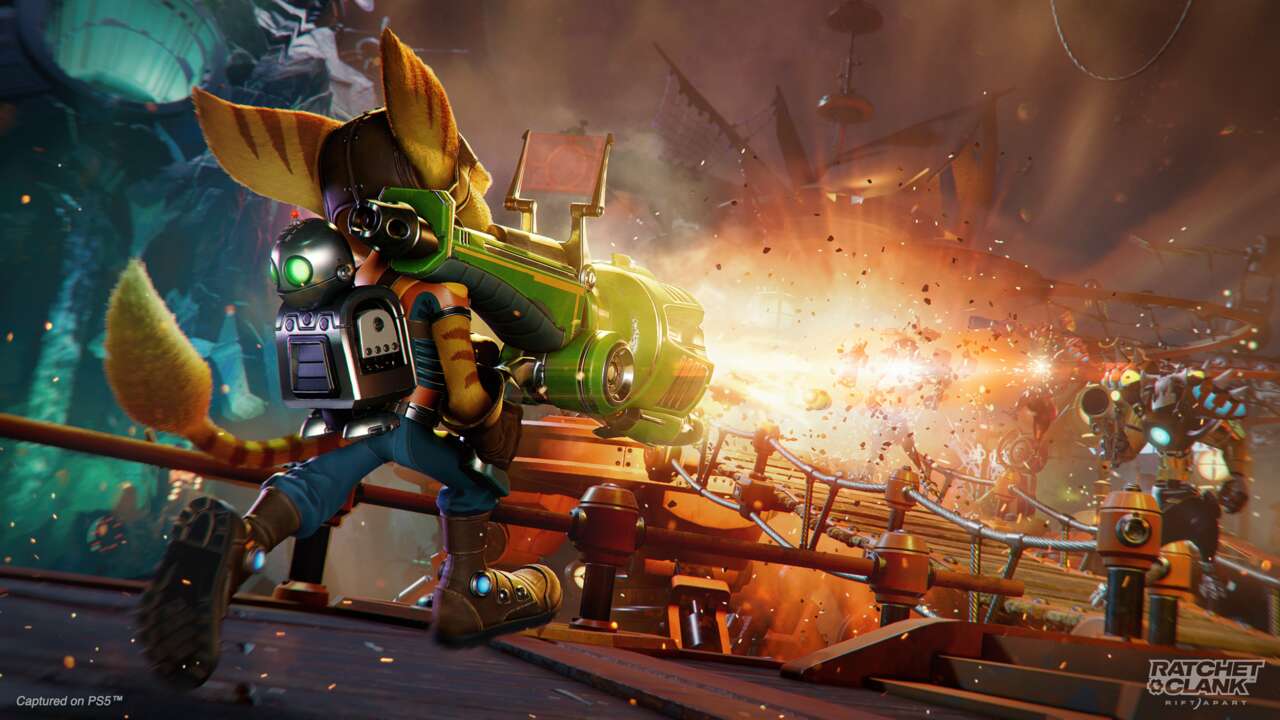 Ratchet & Clank: Rift Apart is a game about counterparts. In this strange new setting, everyone has a doppelganger who looks almost identical to the one we know, but their circumstances have changed them. Ratchet’s new alternate dimensional counterpart, Rivet, may have had a harder life than him, and it’s shaped her personality in surprising ways, but she’s still the same heroic person at heart. The same can be said for Rift Apart. The new generation of hardware has made some dramatic changes for the better, but in a very welcome and comforting way, this is still the Ratchet & Clank you’ve come to know and love.

The title may be “Ratchet & Clank,” but Rivet is the real star here. Ratchet and his robot buddy Clank are the template that helps inform what we learn about Rivet and her own journey, and the vast majority of Rift Apart takes place in her universe. She also seems to get slightly more playtime, even if the stages are split roughly evenly as the two heroes divide-and-conquer to enact their universe-saving plan.

Once the game begins in earnest, after a brief tutorial in Ratchet’s Megalopolis, the bumbling but sinister Dr. Nefarious transports himself and the titular duo to another dimension. When Nefarious gets there, he finds that it’s ruled by an Emperor Nefarious. The Emperor is conspicuously absent at the moment, so our Dr. Nefarious just helps himself to the throne, and no one, including the evil executive assistant, seems to notice that he’s a pretender. Meanwhile Ratchet and Clank are separated, and Clank is picked up by the freedom fighter, Rivet.