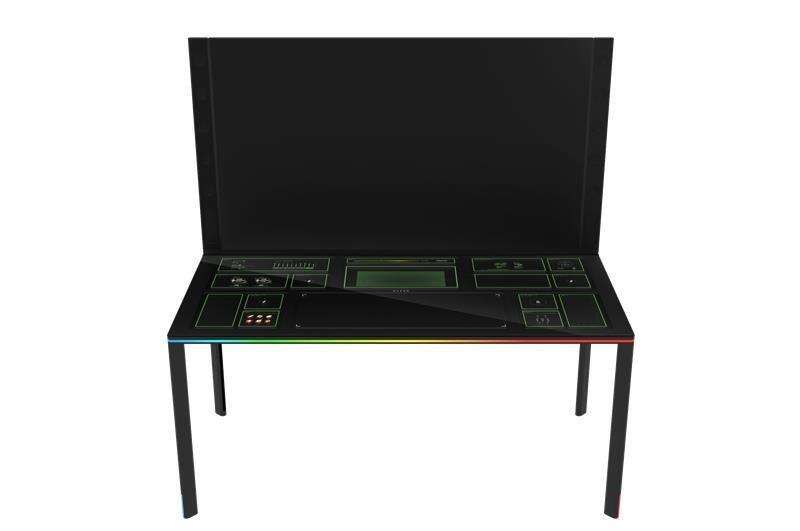 I have a desk. I have a computer. I have a combined desk PC. That’s what Razer wants to create with its new hybrid creation, currently known as Project Sophia. Announced at CES 2022, Project Sophia is a modular system designed to function as both a workstation and gaming rig, allowing you to quickly reconfigure it to suit your needs without taking up too much space. . And a separate gaming chair equipped with haptics is the icing on the cake.

Project Sophia won’t feature a traditional PC tower, but will place a custom PCB directly on the desk — an Intel CPU and Nvidia GPU are included and housed in a magnetic chassis that snaps under the tabletop, and it’s upgradeable, allowing you to will be able to maintain the form factor for a long time. It also includes modules for adding things like touchscreens, wireless charging, and even a cup warmer.

To go (or not) with the Project Sophia system is the newly announced Enki Pro HyperSense seat. Based on the existing Enki Pro design, the new chair uses D-BOX haptic feedback with built-in support for more than 2,200 games. Several streaming platforms are also supported, which is 65,000 different haptic variations to give you a unique experience with whatever you try.

Project Sophia will be available in 65-inch or 77-inch versions, while the Enki Pro HyperSense has a 22-inch seat. No release date or price has been announced for either product yet, but with the standard Razer Enki already costing $400 and the Enki Pro costing $1000, you can expect the HyperSense to be quite a bit more.

Here’s When Tilted Towers Is Coming To Fortnite Chapter 3